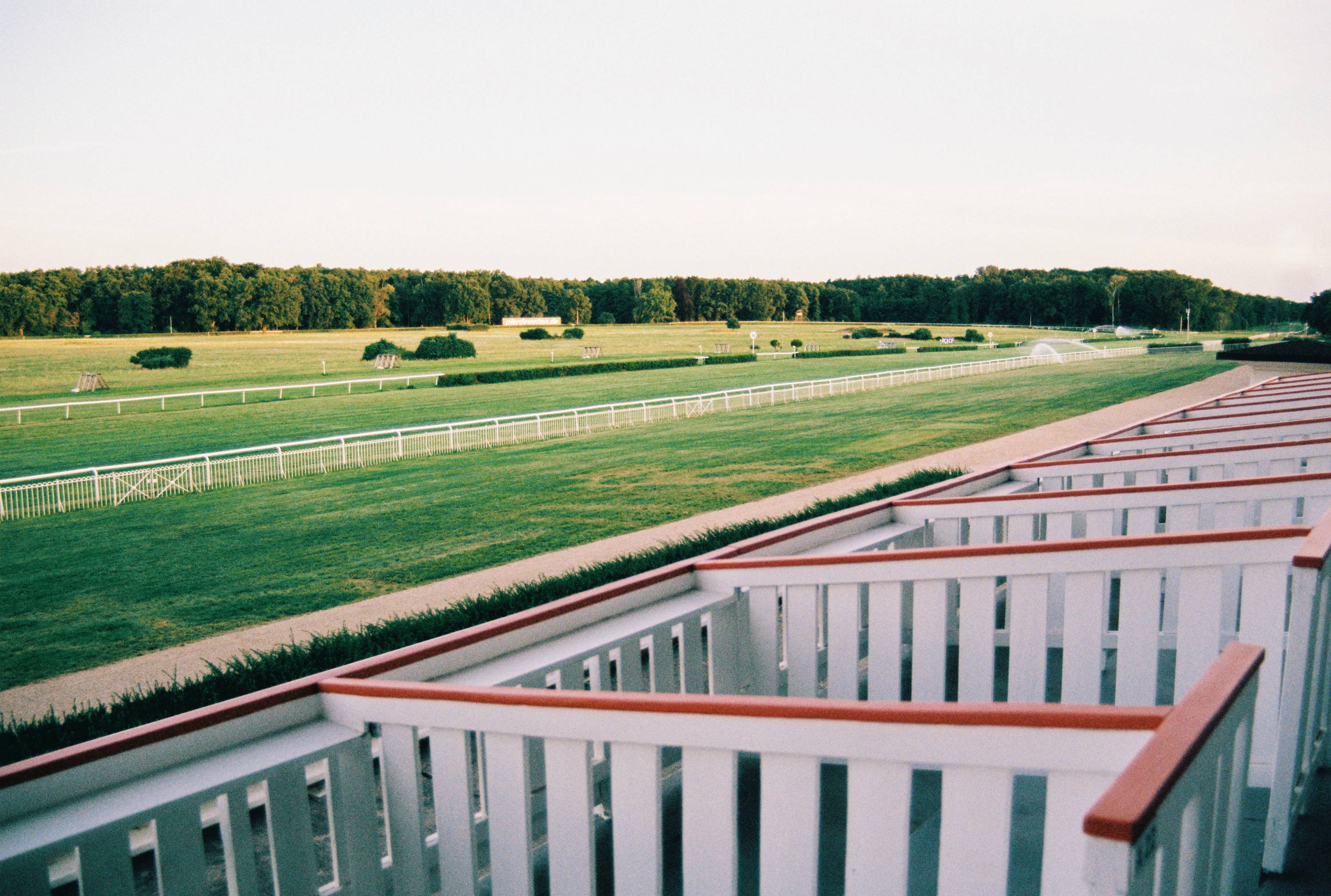 Looking out towards the nearby woodlands and endless skyscape, it is hard to believe that Berlin is just a short train ride away. Despite the natural beauty Brandenburg’s Hoppegarten racetrack boasts, Gerhard Schöningh knew he was in for a challenge when acquiring the racecourse in 2008. But with Schöningh came a vision: restore the track and its facilities to their former glory, deliver high quality racing events and bring back the crowds that were once its mainstay.

In its 153 year fascism- and communism-fraught run, these are just a few in a long list of hurdles that Hoppegarten has faced. The racetrack’s physical obstacles, however, are limited to a single broccoli-like tree sprouting from its central oval, the course name being derived not from hoppable hedgerows, but the crop that was grown on the estate before it was sold to the Union-Klub in 1867. Lying on the outskirts of East Berlin, Hoppegarten was officially opened the following year, the guest of honour being the future founder of the German empire, Prussian King Wilhelm I.

In 1910, Emperor Willhelm II proclaimed himself to be the Union-Klub’s protector out of sheer enthusiasm for the sport of horse racing. Shortly afterwards, Hoppegarten underwent significant improvement works, with steel and concrete structures replacing the old wooden stands. Racing at the course flourished over the following decades. During its peak years, beginning around 1925, over 1200 horses could be based at Hoppegarten at any one time and up to 40,000 spectators would attend race days. The boom continued right up until the end of the Second World War when the soviet iron curtain cast financial and sporting darkness over the East German horse racing circuit. 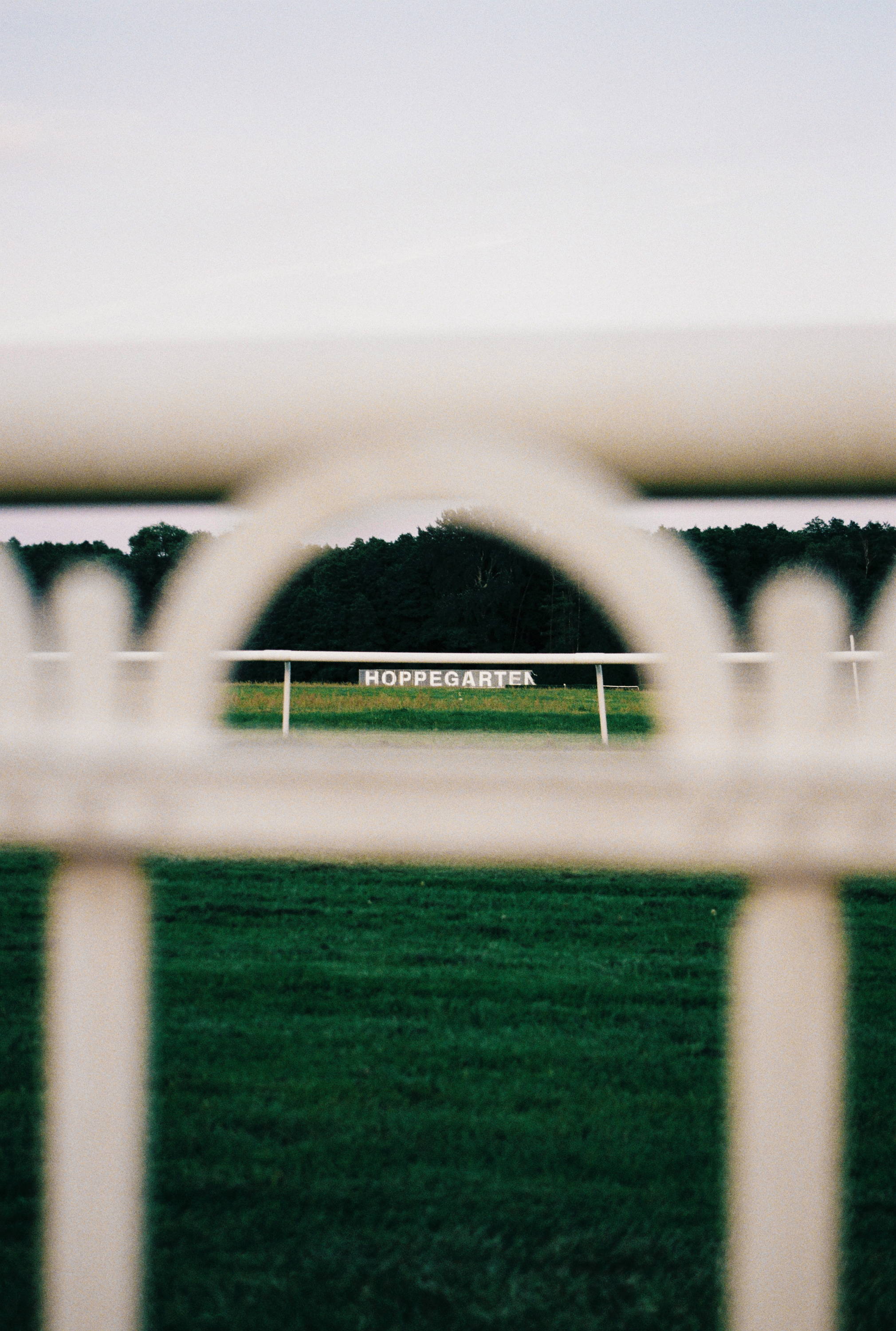 Nowadays, Hoppegarten retains a distinctive rural veneer thanks to a vine-wrapped press building and 1920s bandstand. And there are touches of class in unexpected places, like the brass-pipe taps of palatial bathrooms and the crescent-shaped entrance resembling a row of stables. The main stand’s charm resides in its ancient tannoy arrangement, a collection of crash-proof black-boxes; drainpipes that shamelessly expose themselves as they skirt the supporting walls; and rows and rows of seemingly unending, paint-shedding benches offering the finest views of the racecourse. Descending from the upper tier of the main stand, it is easy to find oneself in dark corridors populated with mismatched chairs and scuffed tables, the abandoned factory-feel they convey not all too surprising considering the building was repurposed for munitions production at the end of WWII. 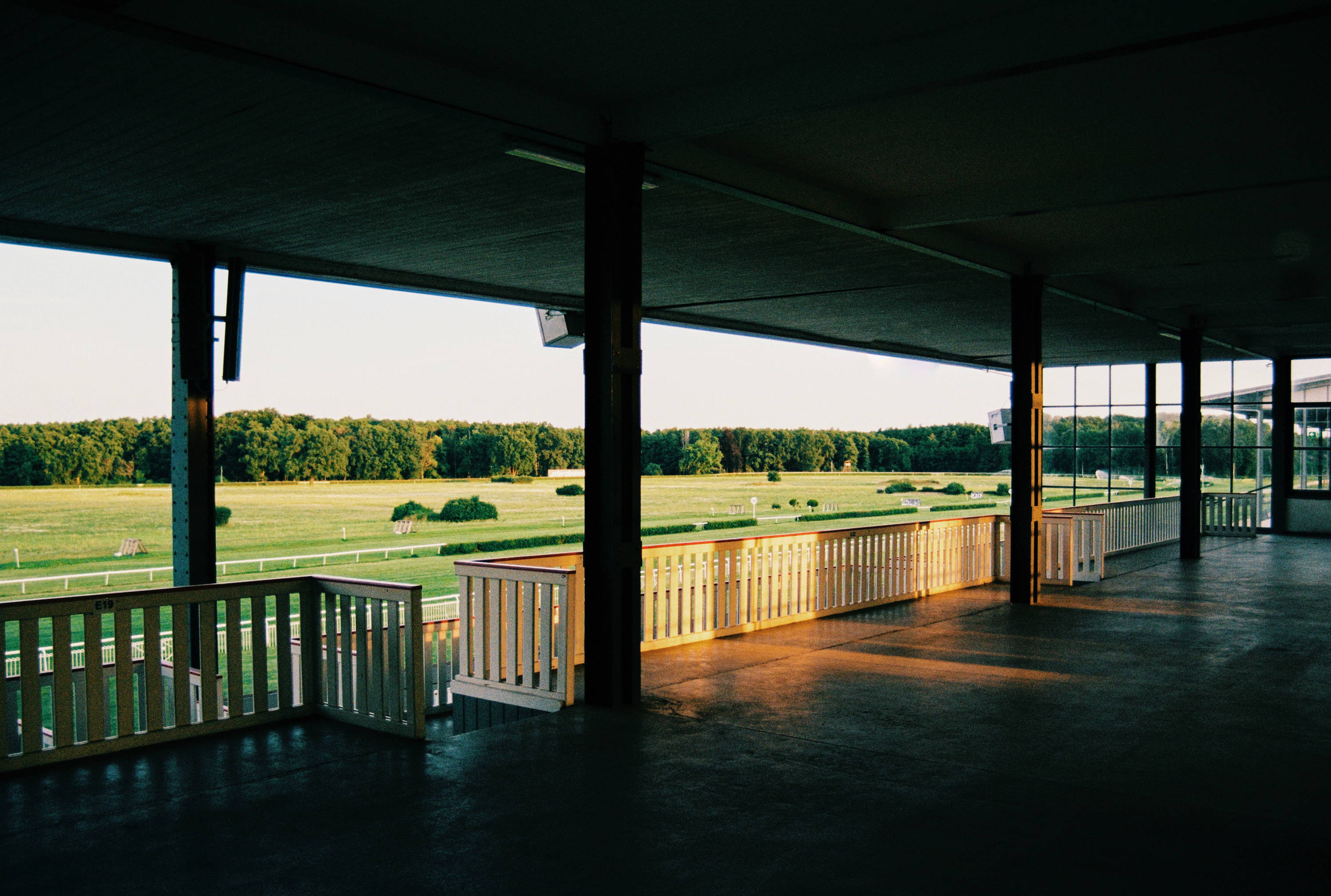 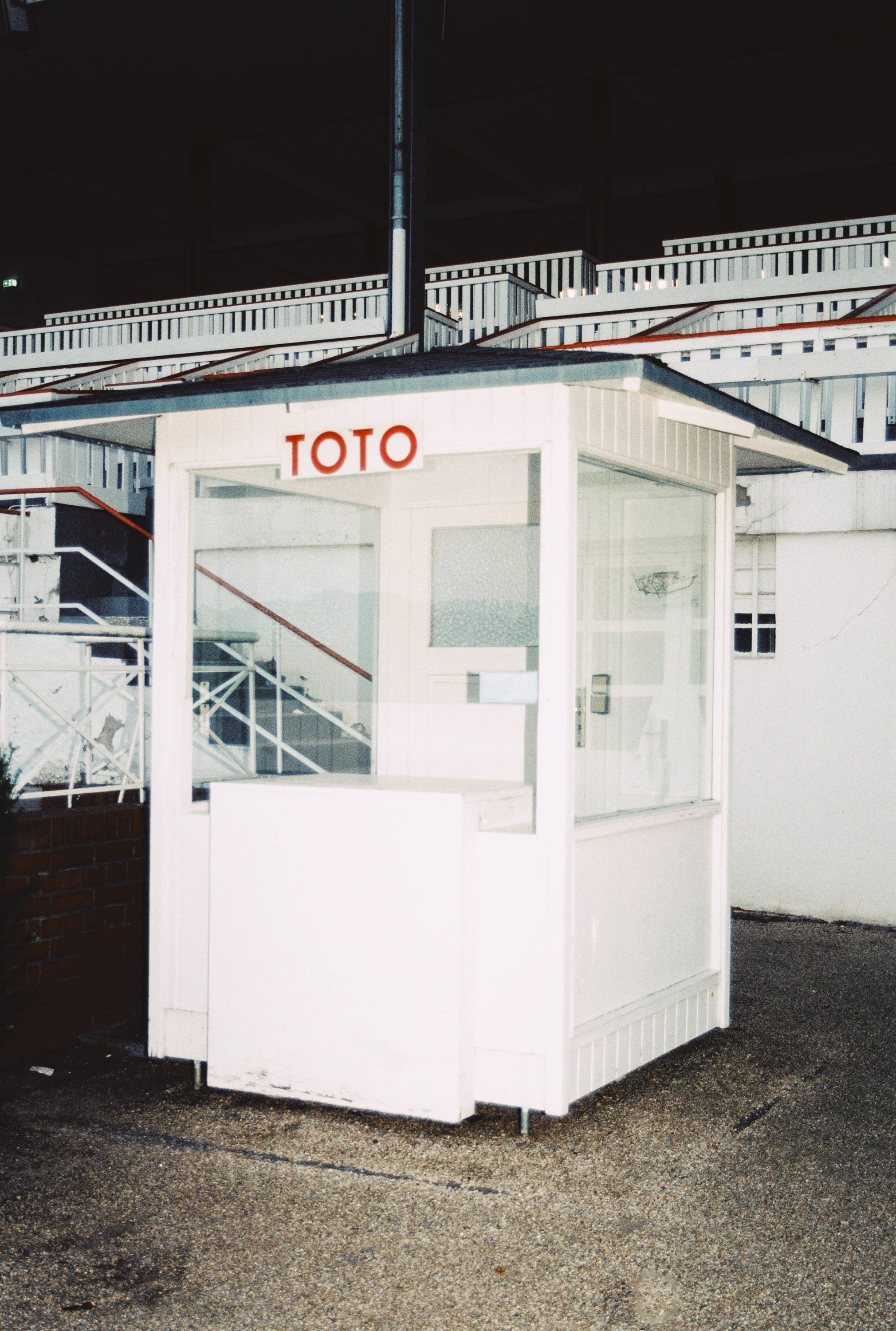 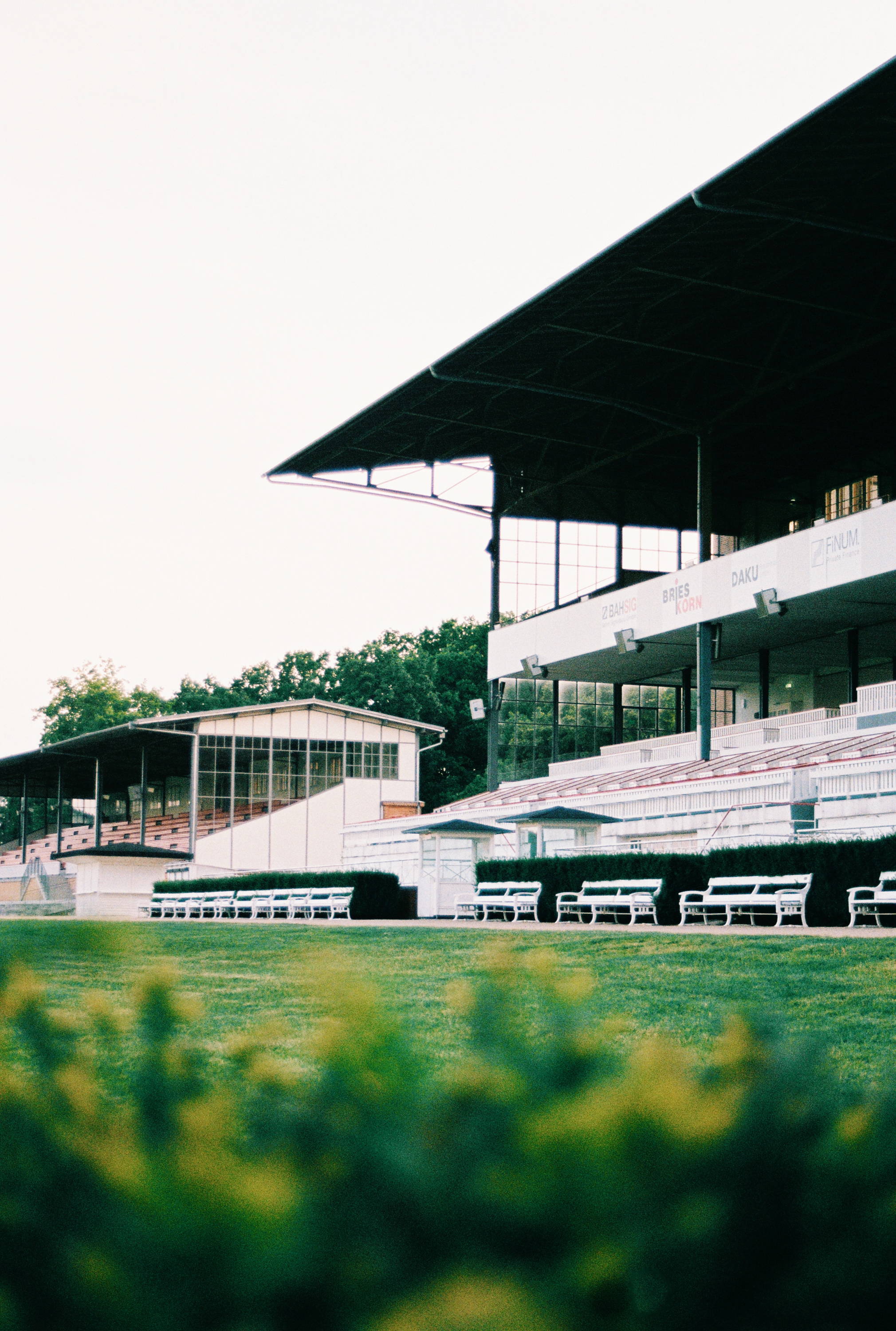 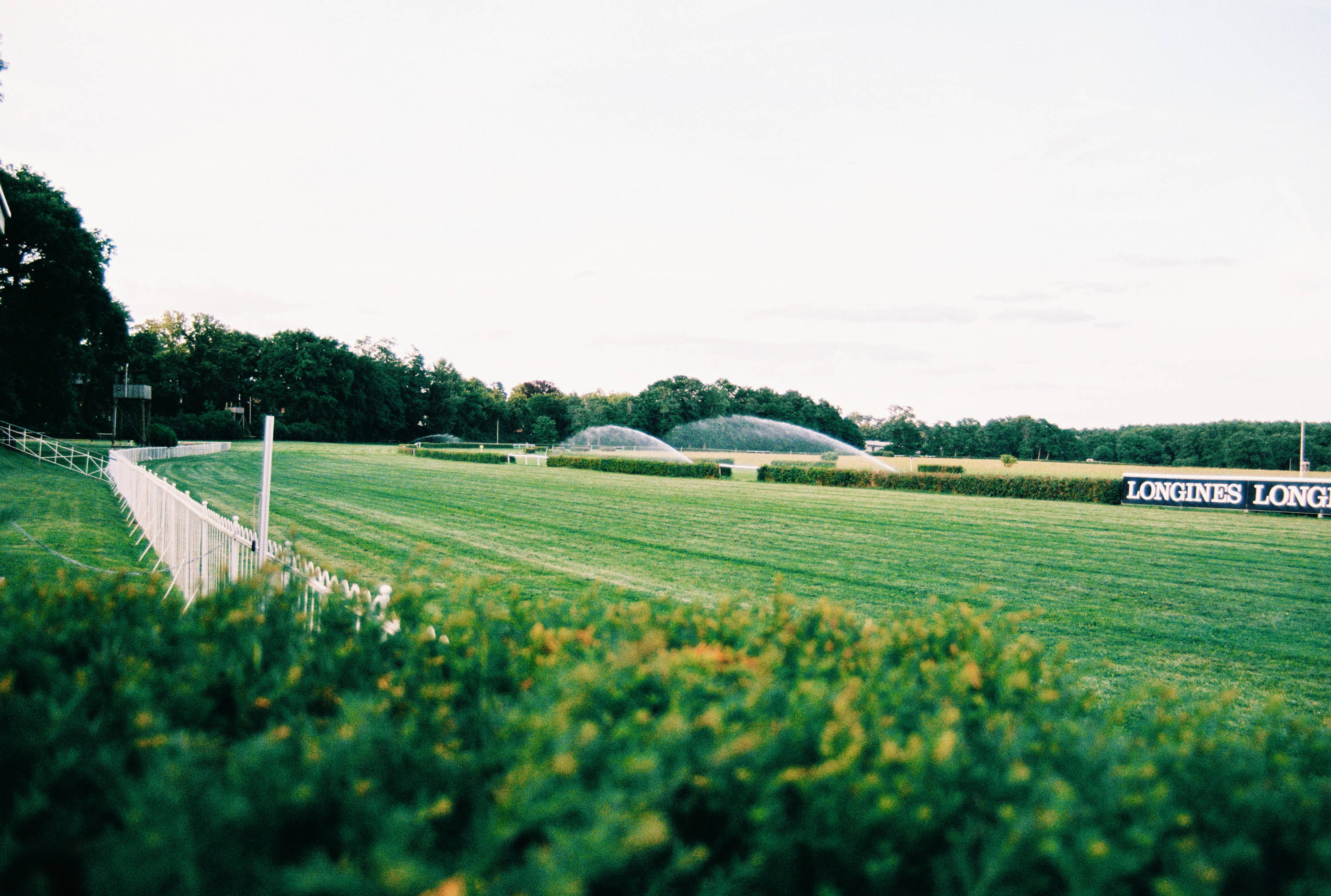 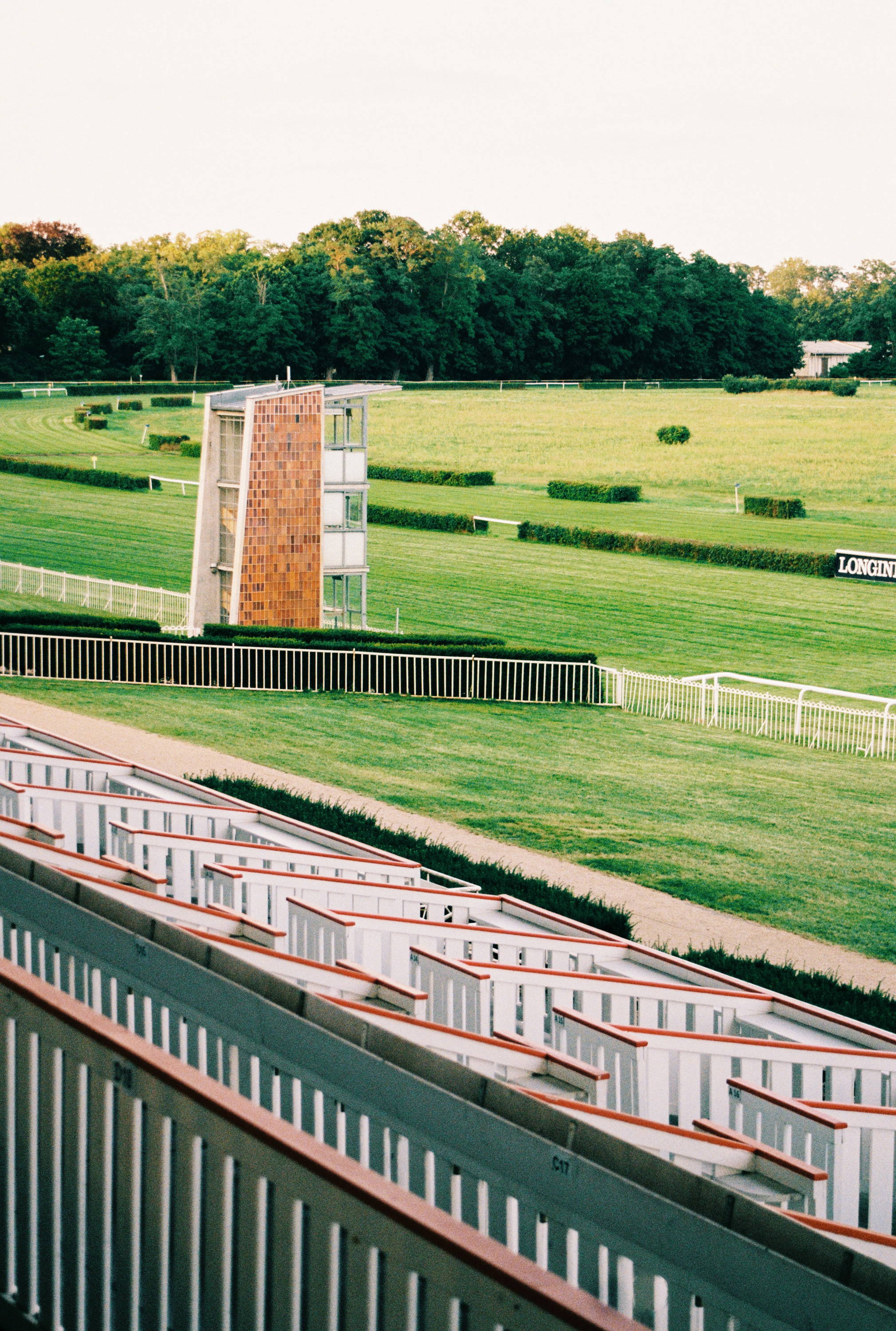 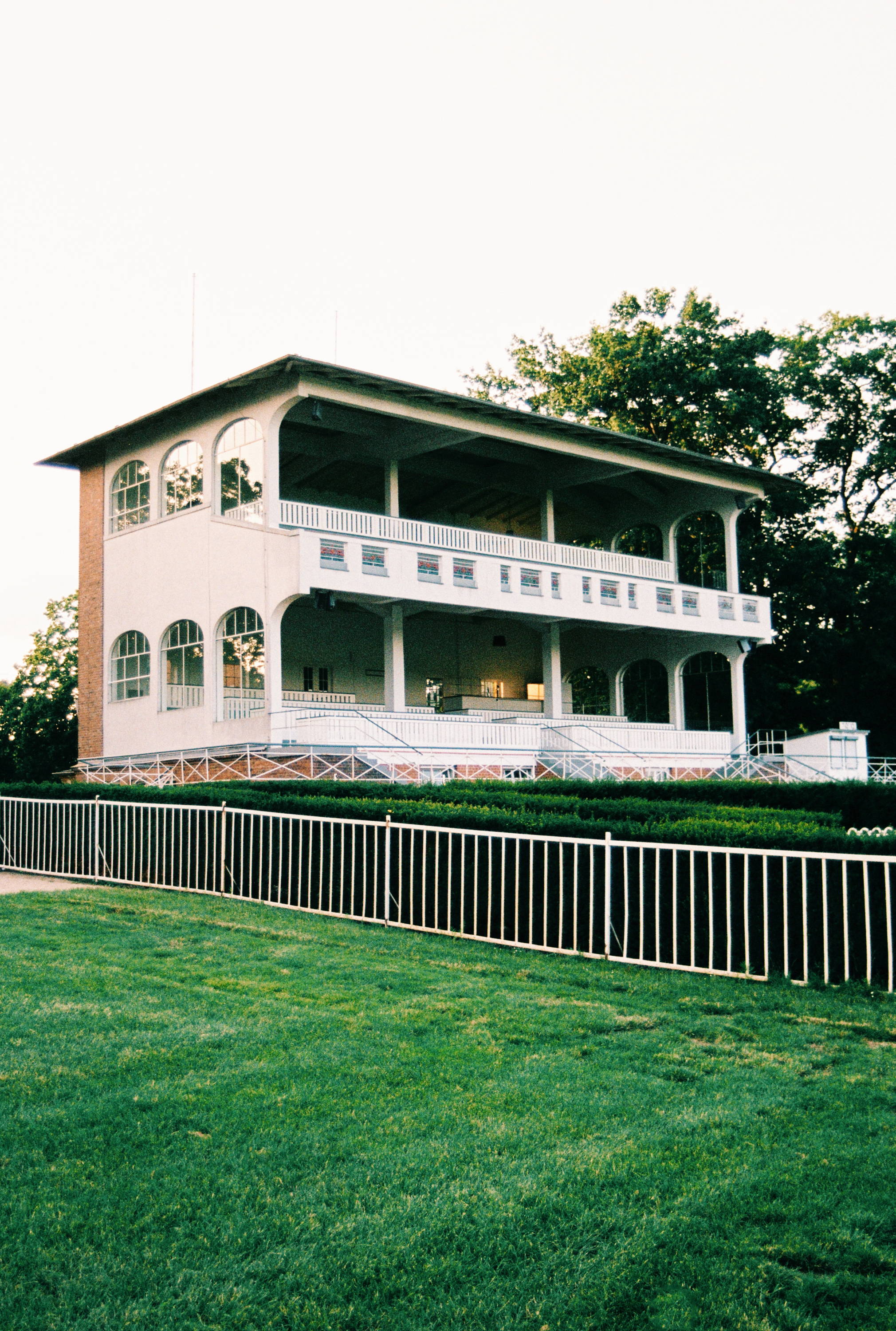 Although the main stand’s cordoned-off stairwells and rusted girders still offer a glimpse into a troubled past, it would be an injustice to highlight these endearing imperfections without commenting on the fine job that has been done with the VIP stand. Here one can dine beneath the canopies of the pristine-white terrace while enjoying race days of national and international significance. The kind which draw crowds of well-dressed race enthusiasts, Berlin techno-punks, and Granddad’s in purple blazer / black bow tie combos; welcomed with convincing conviviality by face-tattooed bouncers.

Click here to find out more information about this project and ON Running.