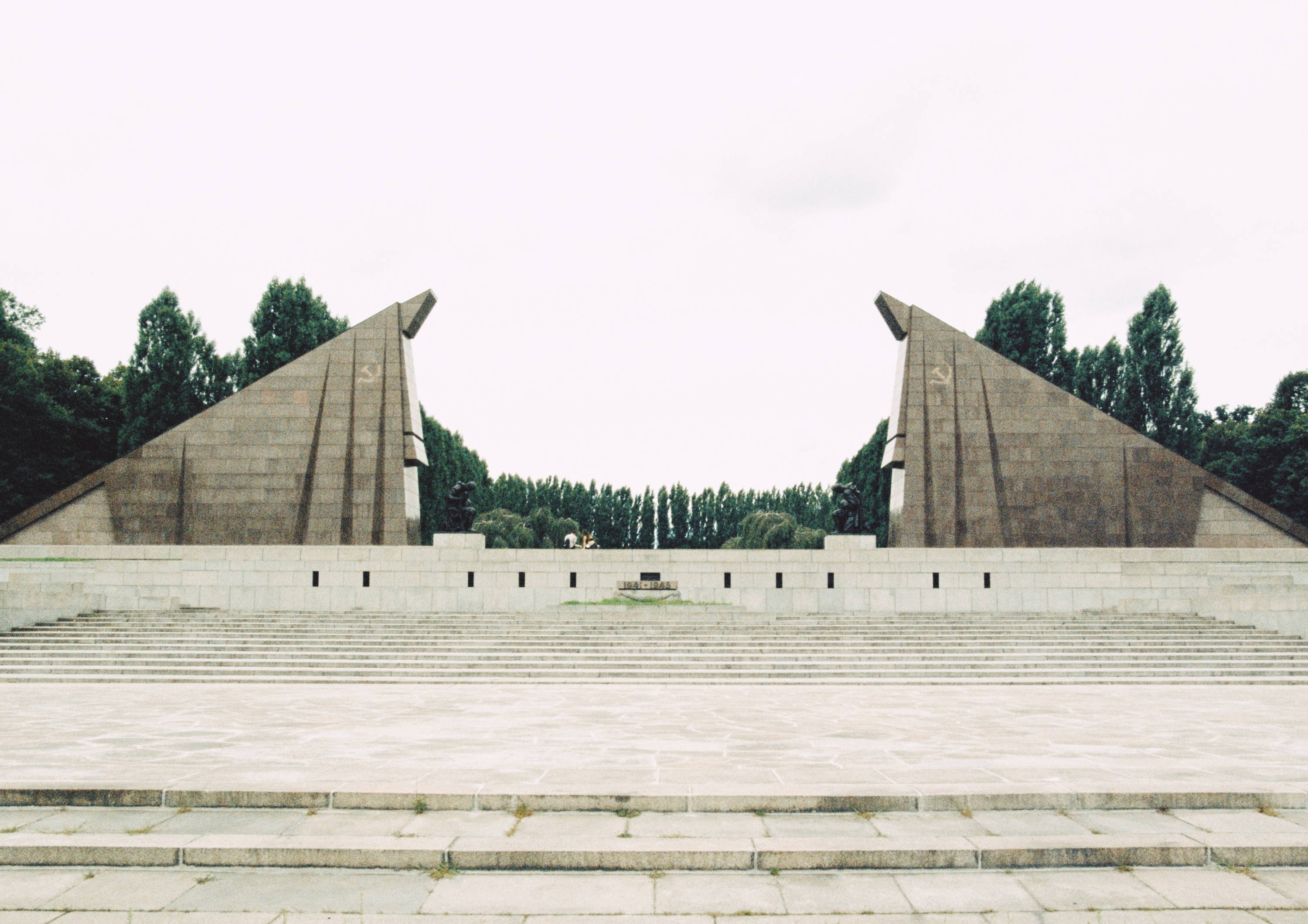 The focal point of the Soviet War Memorial in Treptower park, a part of former Russian-controlled East Berlin, is a colossal Russian soldier standing upon a grassy pedestal in the shape of a football training cone and pressing his boot into a shattered swastika. In one hand he carries a sword of Final Fantasy-like proportions while the opposing arm cradles a young child rescued from the evils of Nazi-Germany. Despite the statue’s aggressively victorious stance, the tranquil lakeside memorial is the perfect spot for staring out across the deciduous tree-lined architecture in order to observe one's thoughts or presume what those of others might be.

The memorial was opened in 1949 following a Russian competition which amalgamated four winning designs. The aforementioned 12 m statue of a cloaked soldier portrays Russia, the imperial protector, crushing one symbol of oppression while unintentionally embodying another. At the opposite end of the vast memorial spanning several football fields, one is greeted by two huge, stylised Russian flags, appearing as physical representations of the Iron Curtain that was drawn between neutral and Nato member states in the West and the easterly Soviet Union following the division of post-WWII Germany. Constructed from solid red marble and emblazoned with the hammer and sickle, the flags also serve to frame the first glance of this uncannily peaceful yet politically-charged monument. 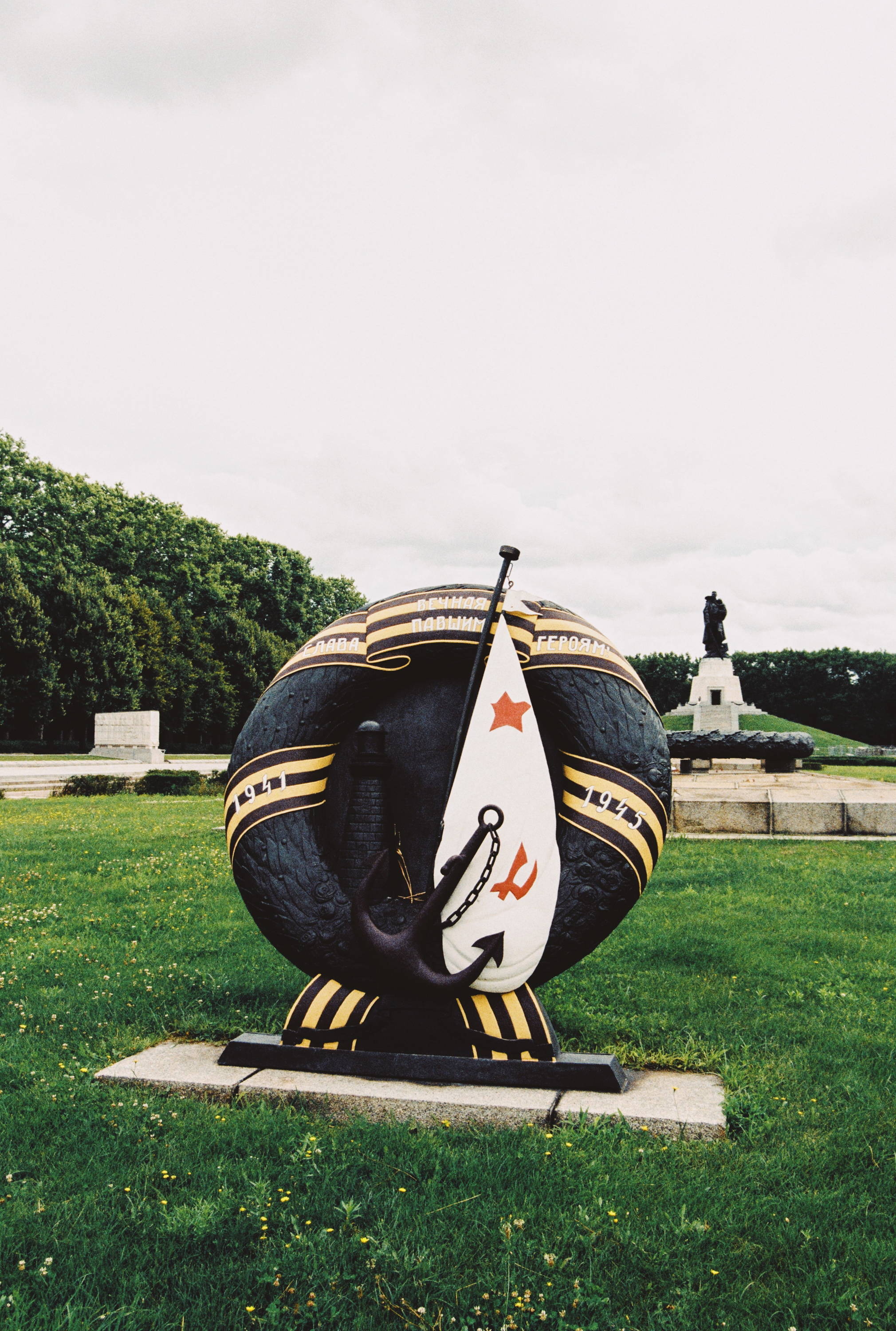 It is the Soviet Memorial’s confusing juxtaposition of strength and peace that make the memorial such a curious place to visit. Every day, tourists can be seen walking along the steadily sloping walkway, emerging at the main viewing point wearing expressions that convey feelings and thoughts ranging from awe, through sadness to outright confusion — how is one to reasonably react in the face of such blatant yet beautiful propaganda? Others, perhaps inspired by the defiance of the swastika-stomping soldier, are more disobedient than bewildered, using the memorial’s numerous concrete ramps and platforms to perform skateboard and BMX tricks. 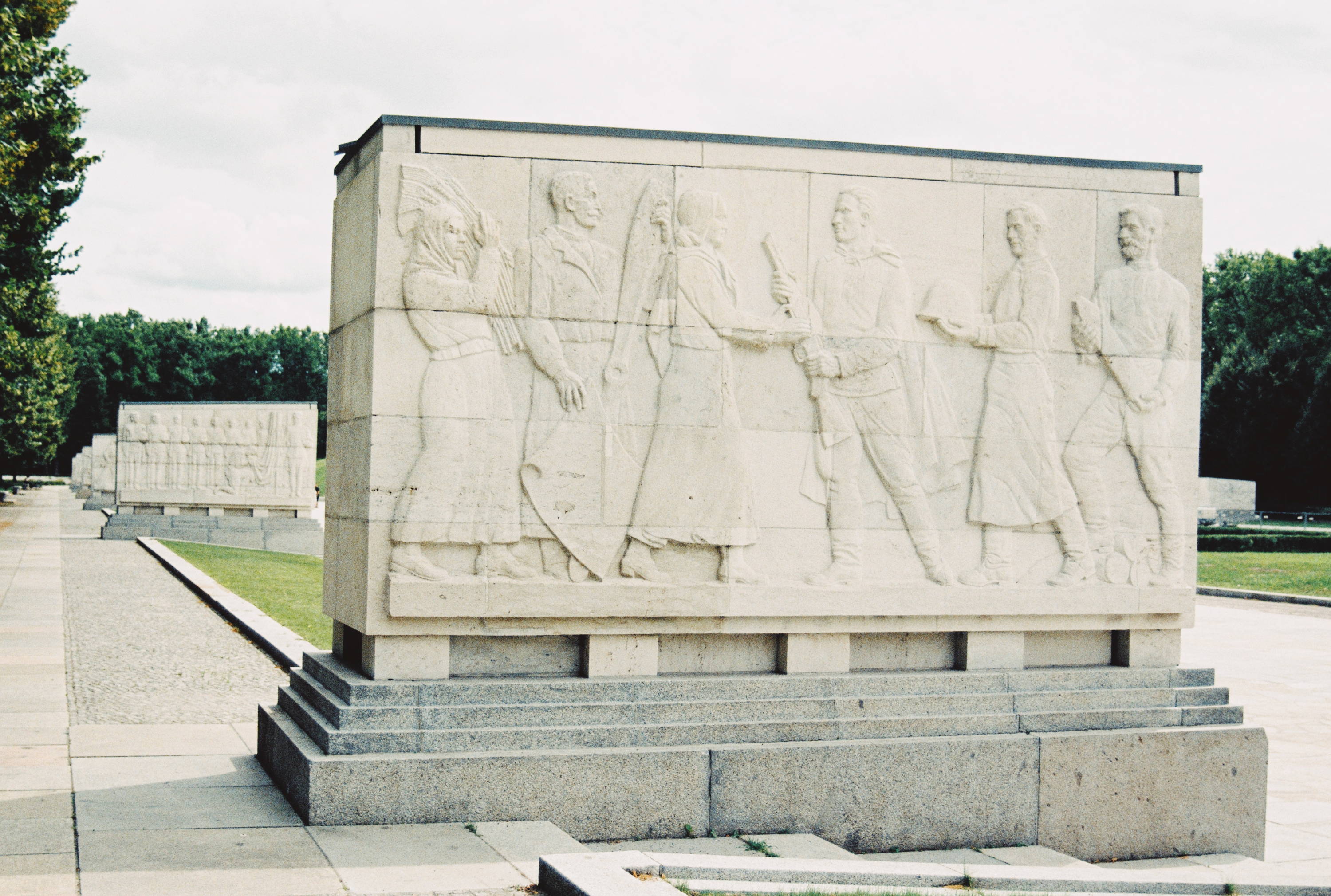 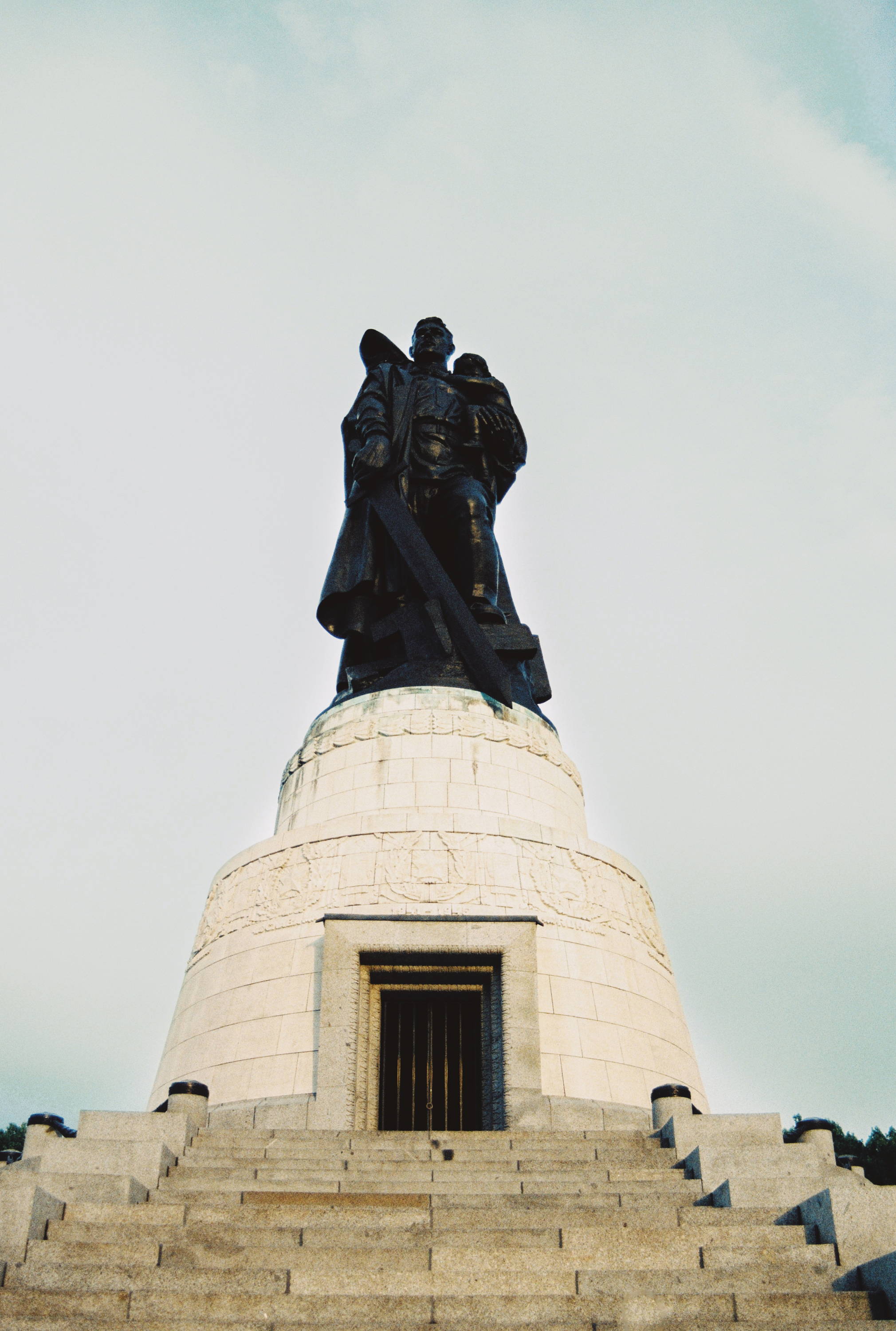 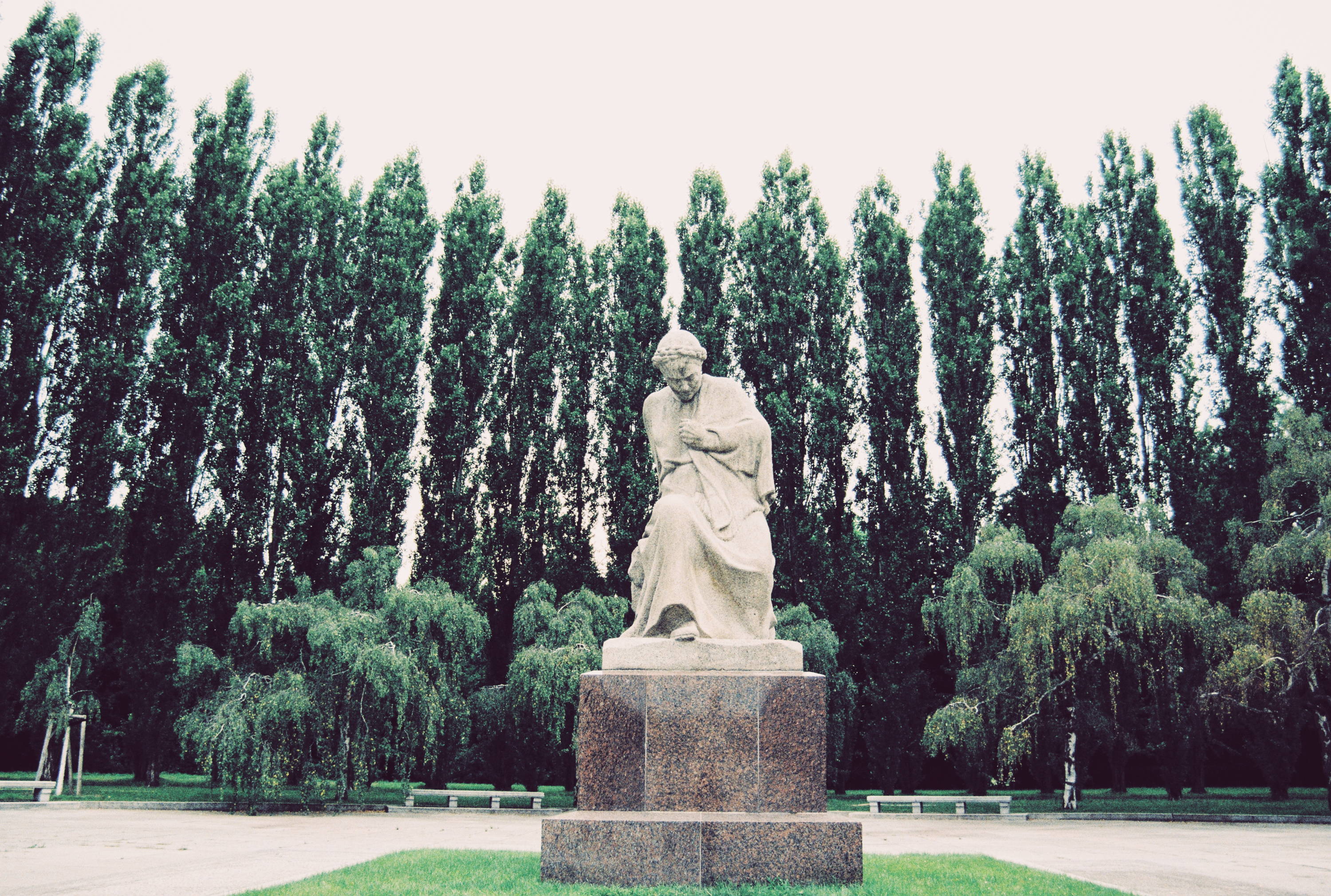 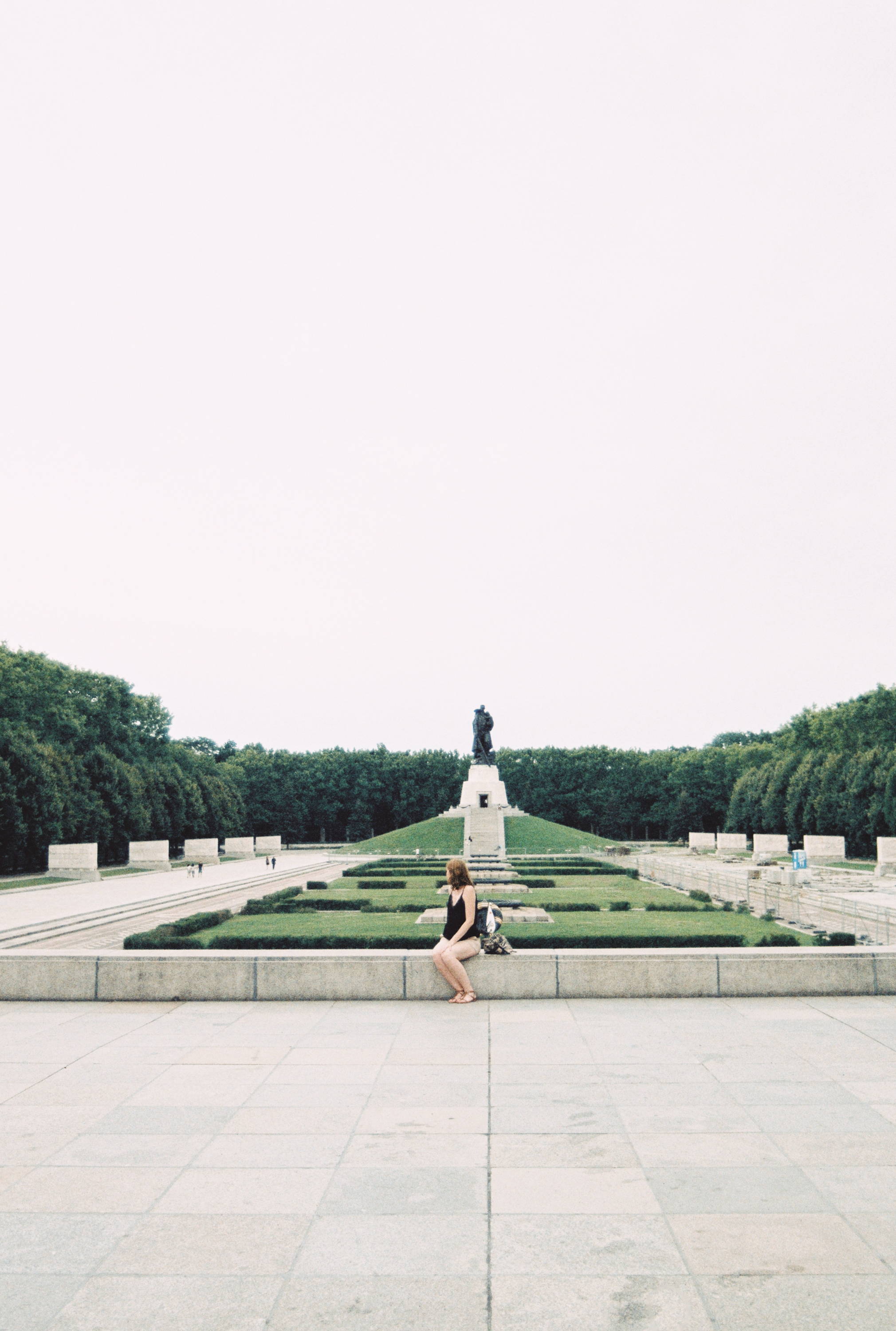 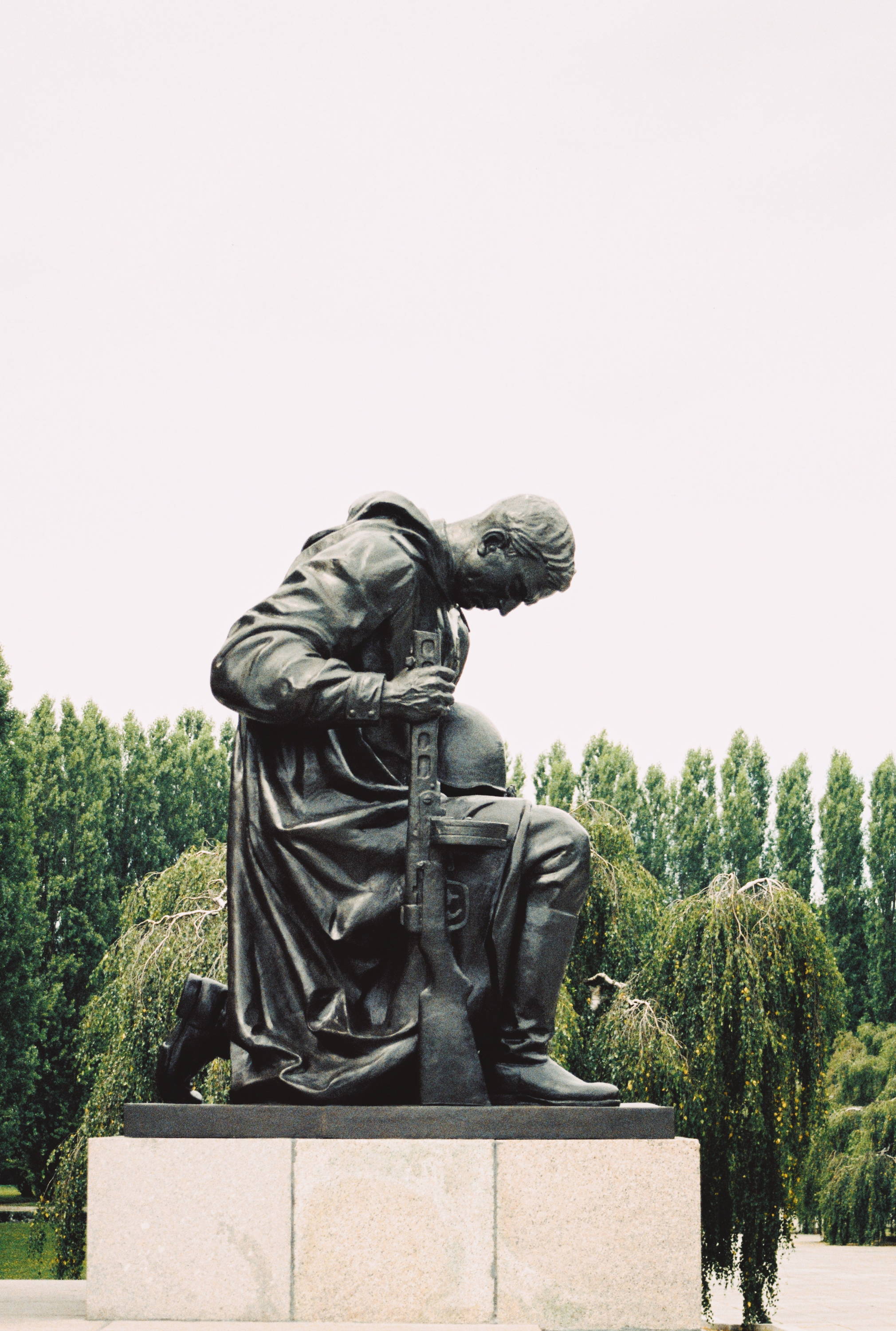 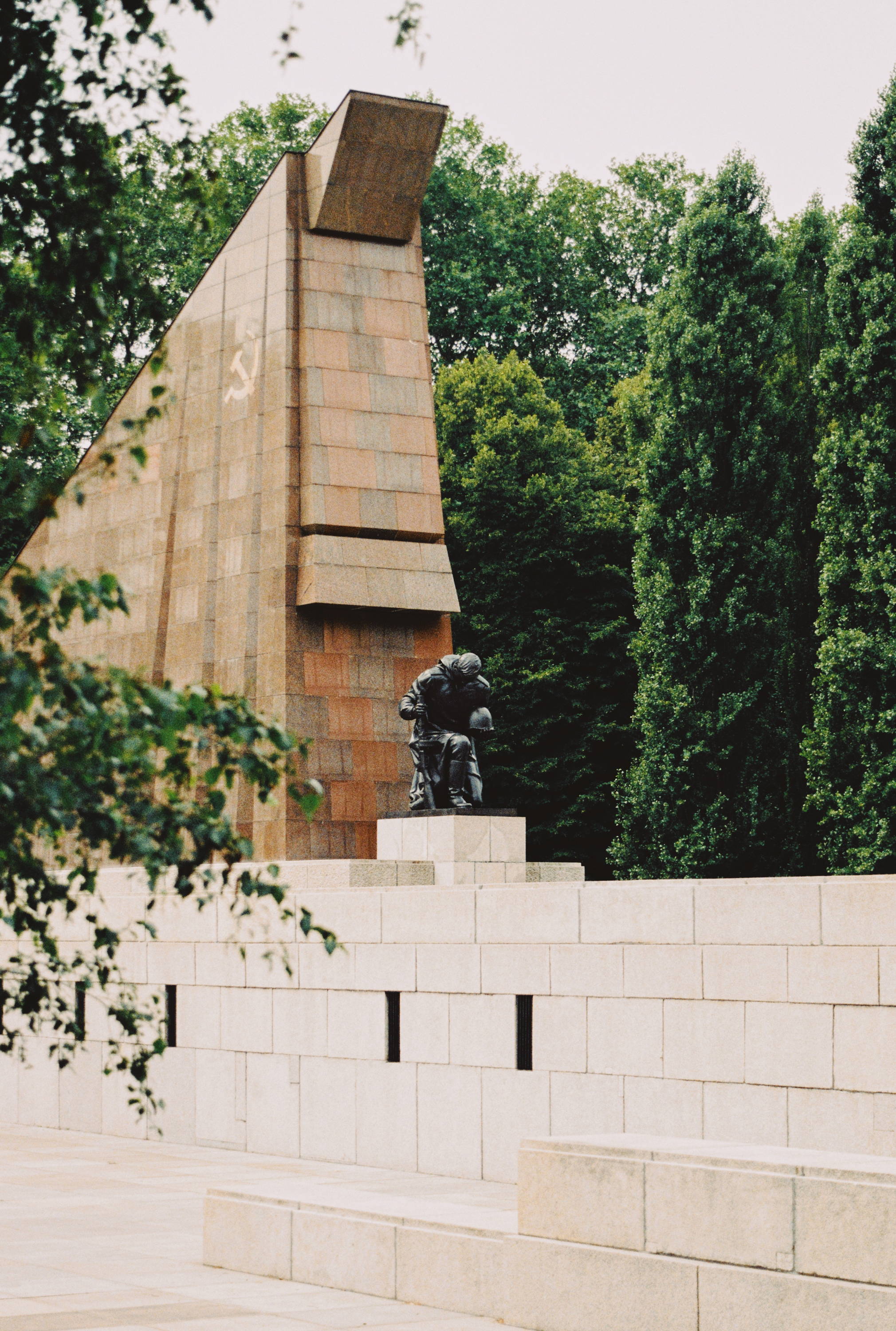 Unlike the Jewish Memorial near Tiergarten, which through abstract architecture urges continuous contemplation of its hidden meaning, the Soviet Memorial’s more obvious intentions and startling beauty provide return visitors with welcome headspace. On warm days, it is not uncommon to find a student with a book in hand, basking in the sun as legs dangle over the edge of the 4 m wall facing the main statue. Other visitors bring open beer bottles, stopping off to indulge in scenic pre-drinks, before heading off to a nearby open-air club such as Else or Club der Visionäre. Perhaps most notable is the oft-seen selfie-taker, trying to find the perfect yet impossible angle to absorb all the elements of this multifaceted memorial into a single snapshot.

Click here to find out more information about this project and ON Running.