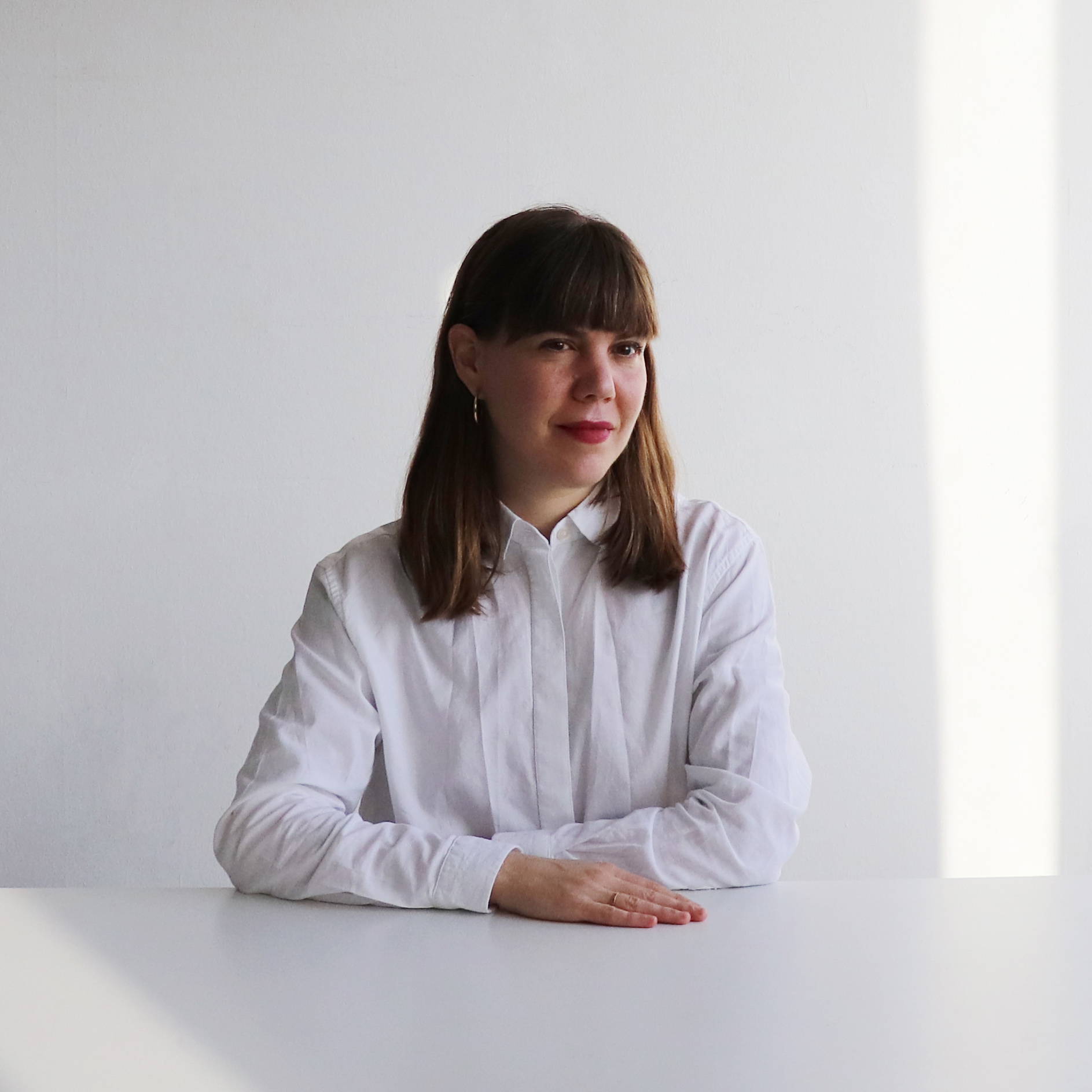 Naama Hofman of Tel Aviv is an independent designer of ‘light objects’, fittingly named installations that float almost weightlessly within the spaces they illuminate. Whether suspended above a reception desk by elegant brass piping or bracketed against the exposed brickwork of a restaurant’s interior wall, the tubular form of the light emitting parts, rather than being a means of highlighting features in a room, become the focal point in themselves. Other light objects gently tickle at that bit of brain tissue which glues human eyes to illusionary shapes, their convoluted forms curiously juxtaposed against a simple inventory of components. With her obvious talent for reductive design and attention to detail, it’s no wonder that Naama, as well as compiling a catalogue of light objects, has collaborated on so many custom lighting solutions for restaurants, hotels, galleries, office spaces, apartments, retailers and live performances. Nor that she found such a tranquil spot in which to share her design insights. On the terrace of Berlin’s MARS Küche & Bar, surrounded by tall trees dressed in Ivy and adjacent to a cemetery, transmissive of its sleepiness, Naama reveals how Tel Aviv and Berlin inspire the processes behind her handcrafted pieces.

How long have you been in Berlin for?

Well I’ve visited quite a few times and I moved here just over a year ago, when I was five months pregnant. We had our baby here and he’s nine months old now. Everything was so hectic in the beginning. We needed to find an apartment and a studio and do all the bureaucratic shit.

Oh, I know about that! What was the reason for relocating?

I lived in Tel Aviv for 13 years. Most of my clients are from Europe: France, Germany, Belgium. So I thought it would be smarter to get closer to my customers and to understand them better. Because things are different.

The people are different?

People are different, what they need is different but also the light is different. If I am closer I can make even more suitable products.

What are the main differences between clients requests here and in Tel Aviv?

The way we use light in Israel is different to the way people use light here. In Israel, it’s eight in the morning and then pwsshhhhh, it’s just in your face the whole day. In the evening, people turn on all the lights on in their apartments and leave them on. Here it’s all about small lamps. I was amazed at first. Sometimes I would think a store was closed because there was so little light inside. That’s why I fit in here, because I do small LED lights. Not small by measure. But small by the intensity.

Do you still manufacture in Tel Aviv?

I moved most of it to Berlin. Some of the parts, like the tubes, I get from China. And the brass parts come from Hungary. One of my main projects is to find suppliers closer to Berlin.

Is that an ethical choice, in terms of carbon footprint, or more of a logistical decision?

There’s several aspects. There’s the logistical element, but it’s also about the quality of the components. That’s the main issue. If I can’t find good quality here in Germany then I’ll continue to go elsewhere. 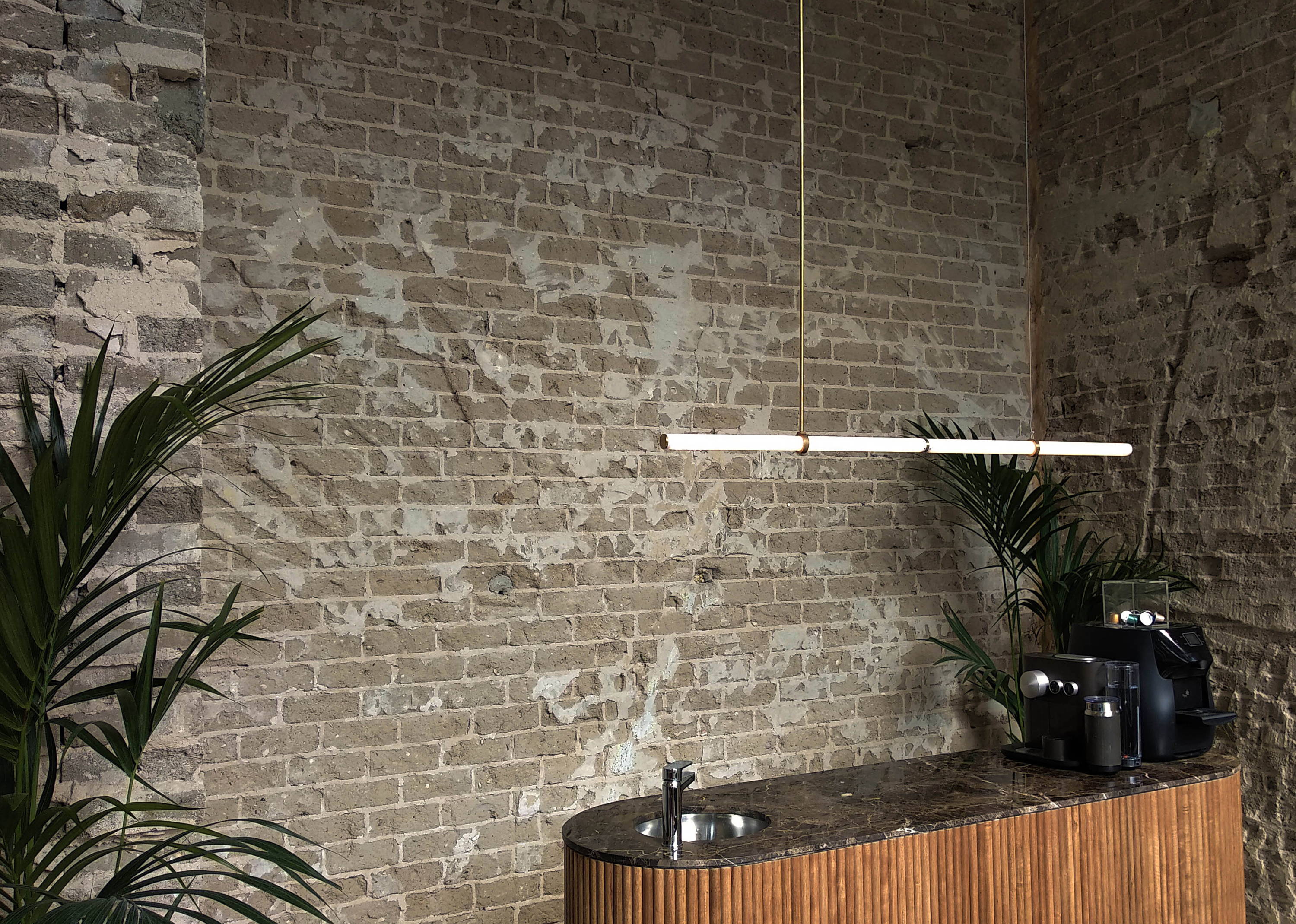 You also do custom designs. Do you receive more orders of this kind since being in Germany?

Most people order what they see. But sometimes you get a very ambitious and creative interior designer who wants to add something very specific to a space. These are the most challenging and interesting projects, because each light object has so many details that you have to get everything right.

Is there a reason why you call them light objects rather than lamps?

Yes, because they’re not lamps. It’s more about how you use light in your space. How it’s integrated into a room, instead of saying, okay there’s light, now I can read. It’s also for me, to remind myself what I do.

To keep you guided on the right path?

Yeah! To stop me from falling off and making lamps.

And landing in IKEA or something.

Yes, because the structure itself is more important than the light. A lot of people say to me, you design lights, tell me which kind of light I should put here. And I know the sort of light I like, but I’m more curious about materials and the design. Usually what you see is a light, a bulb and a lampshade. But we don’t need the shade anymore. We need to progress and change the way we think about lighting.

So was visiting Europe what inspired your style?

To me, what was really important was the shape, so I took inspiration from art, dance and fashion. At first I was afraid because my lamps didn’t make a lot of light. I was like, pffft, what am I doing? I’m making lamps and this is not a lamp. It can’t hold the room. Then I realised, okay you’re doing something different. Don’t think about it too much. I started sketching and sketching from the images I’d collected. It was a really intuitive process that could take months. But then, plop, something came out at the end.

Yeah! Just a small thing. After months of planning. (both laugh) 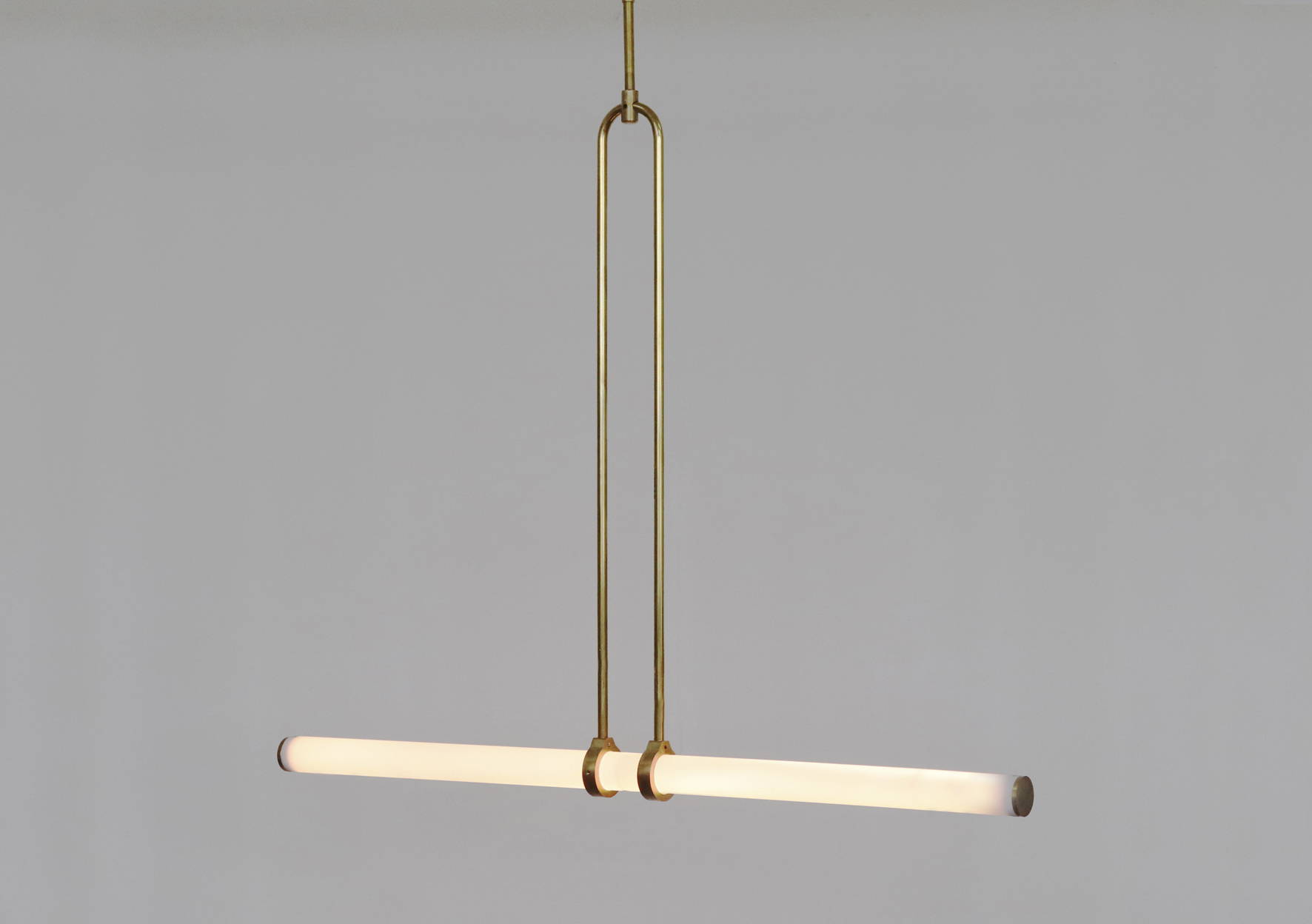 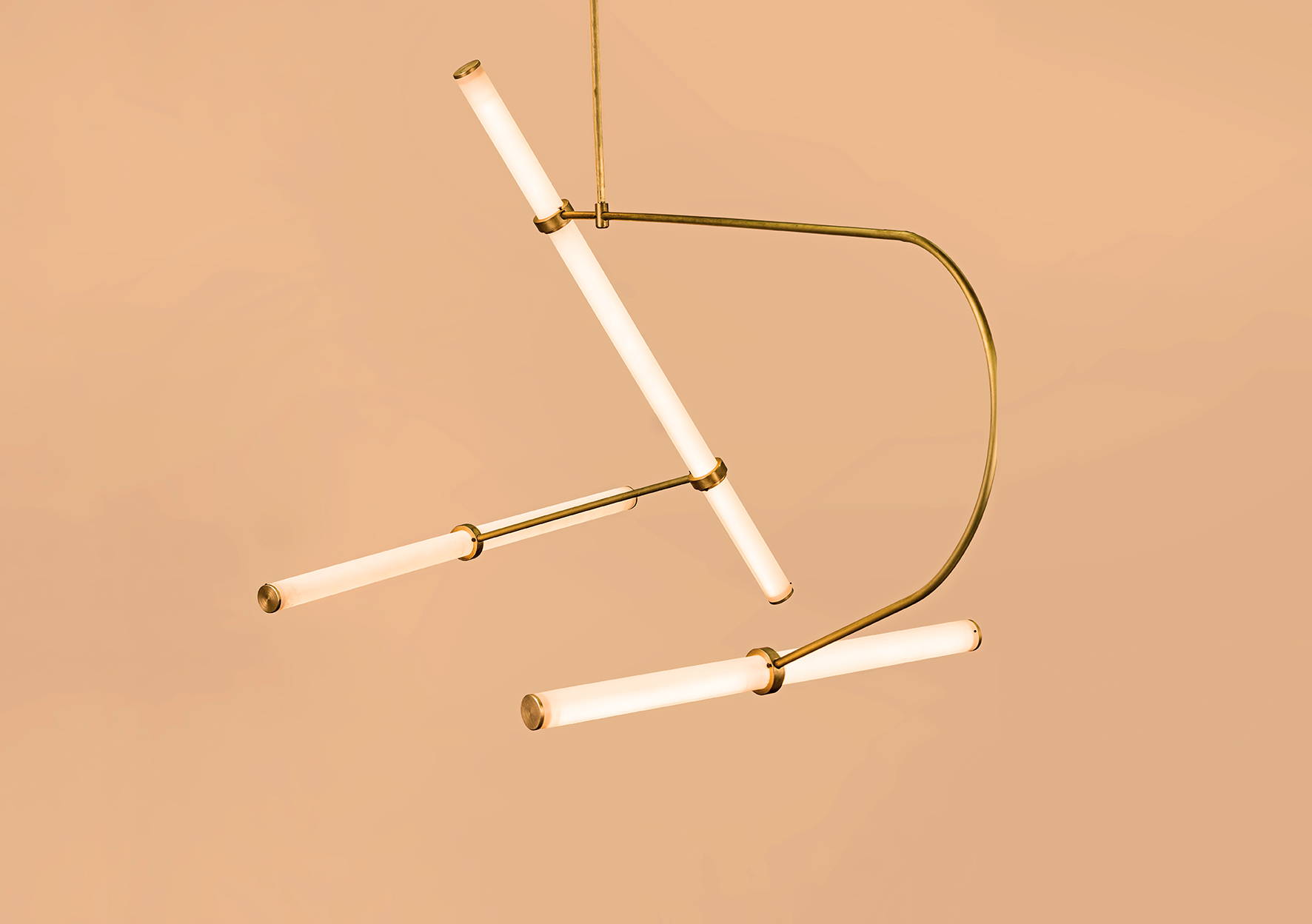 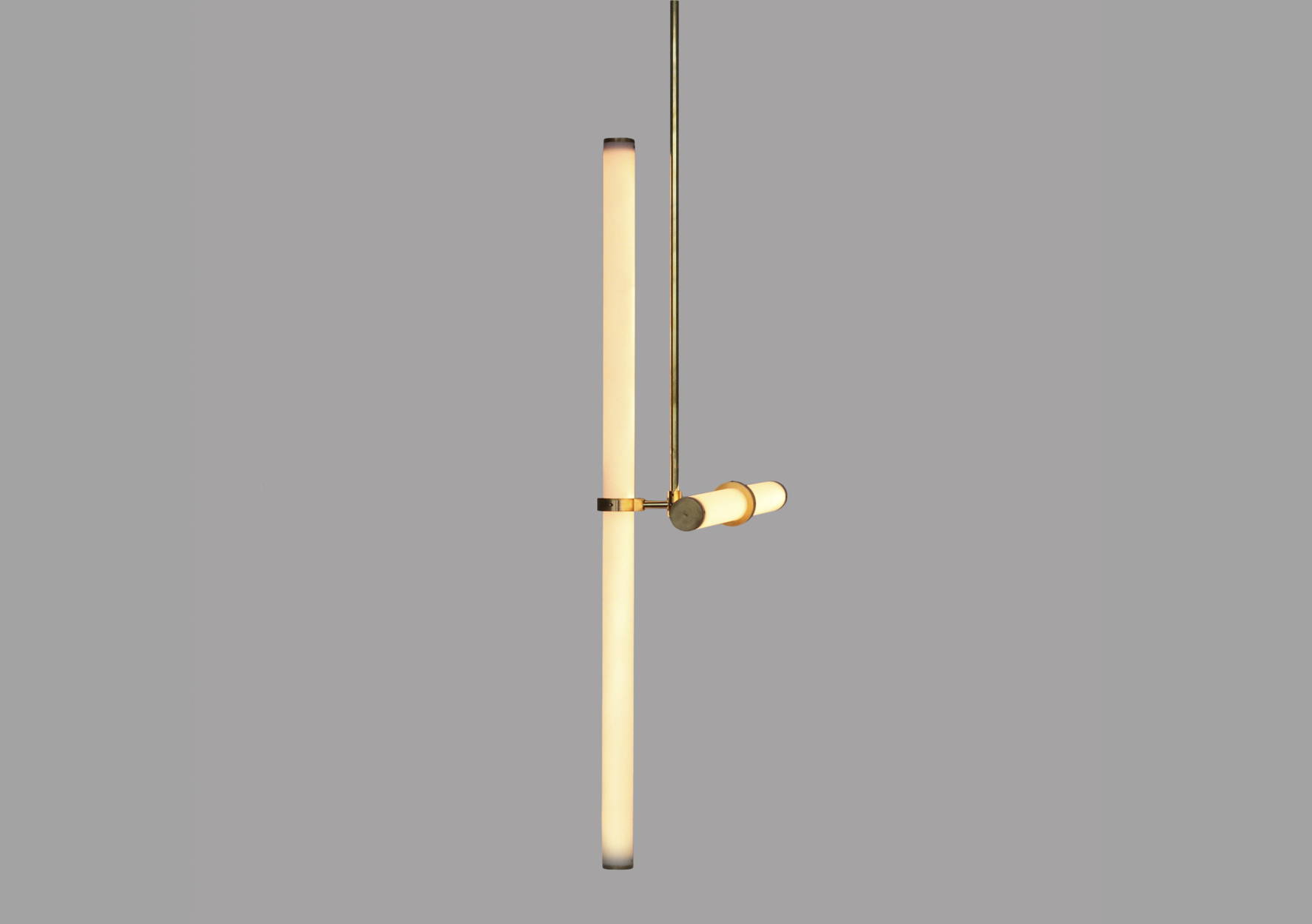 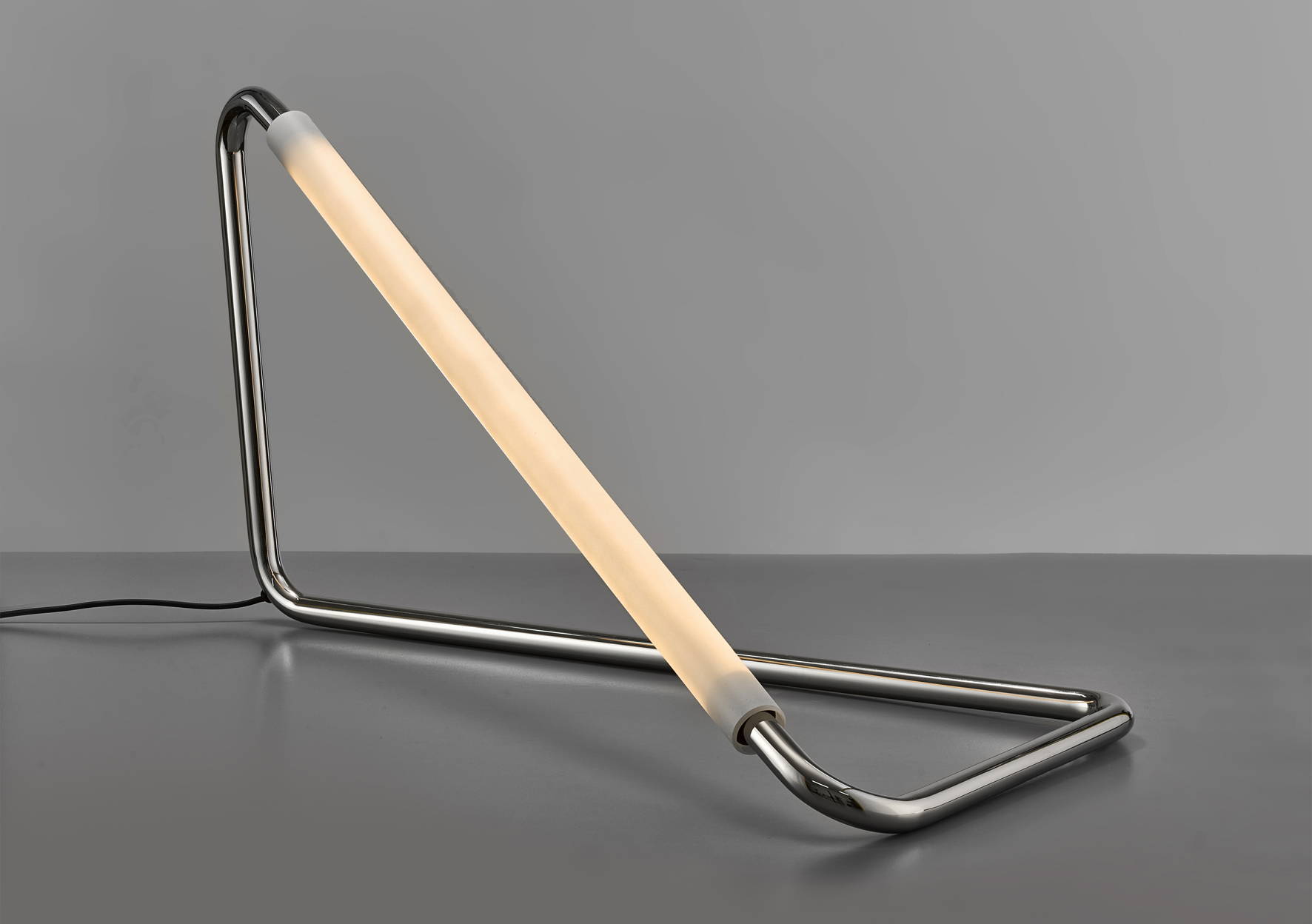 Is there a way you would describe your design style?

It’s obviously quite minimalistic. A lot of people say it’s a bit art deco. But I just think about what I can do to hold the pipe. What is the minimum need. This is the thought. And if I see that I over-exaggerate something, I take it out. Otherwise it’s just decoration. You can’t say this word in design!

Did Tel Aviv influence your approach to design at all?

I started in 2010, when a lot of the design businesses were just emerging. I really wanted to do something that was different from the rest of Tel Aviv. But now that I’m here, there are a lot of things that look like what I do.

That must be a nice feeling.

No! I want to be rebellious. It makes me want to break the rules again and make something else. So let’s see what happens with that.

How big is the design scene now in Tel Aviv?

In the last six or seven years it has really skyrocketed. There’s a lot of interior designers doing really beautiful things. Graphic designers, industrial designers, ceramic designers. It’s 100 degrees there right now. Especially in Jaffa, a really beautiful place on the south coast. It’s very old and built really low, but nobody has ever done any renovation there. Now it’s the most expensive place in Tel Aviv, so people are moving south to the next town, Bat Yam.

Is there anything that you miss from that scene?

Here you’re in a sea of good designers. In Tel Aviv, we all learned together, we see each other in the street, have dinner together and meet at parties. Everyone knows each other so you get a lot more attention. It’s a small scene, but with very talented people. I think what Israeli’s do best is observing and translating really fast. In Germany, sometimes you hear about someone making a light for two years. Our approach is like, what do you mean, two years? It should be out in two months! At least when something takes two years, you know where to find every little screw. In Israel it’s always a work in progress. 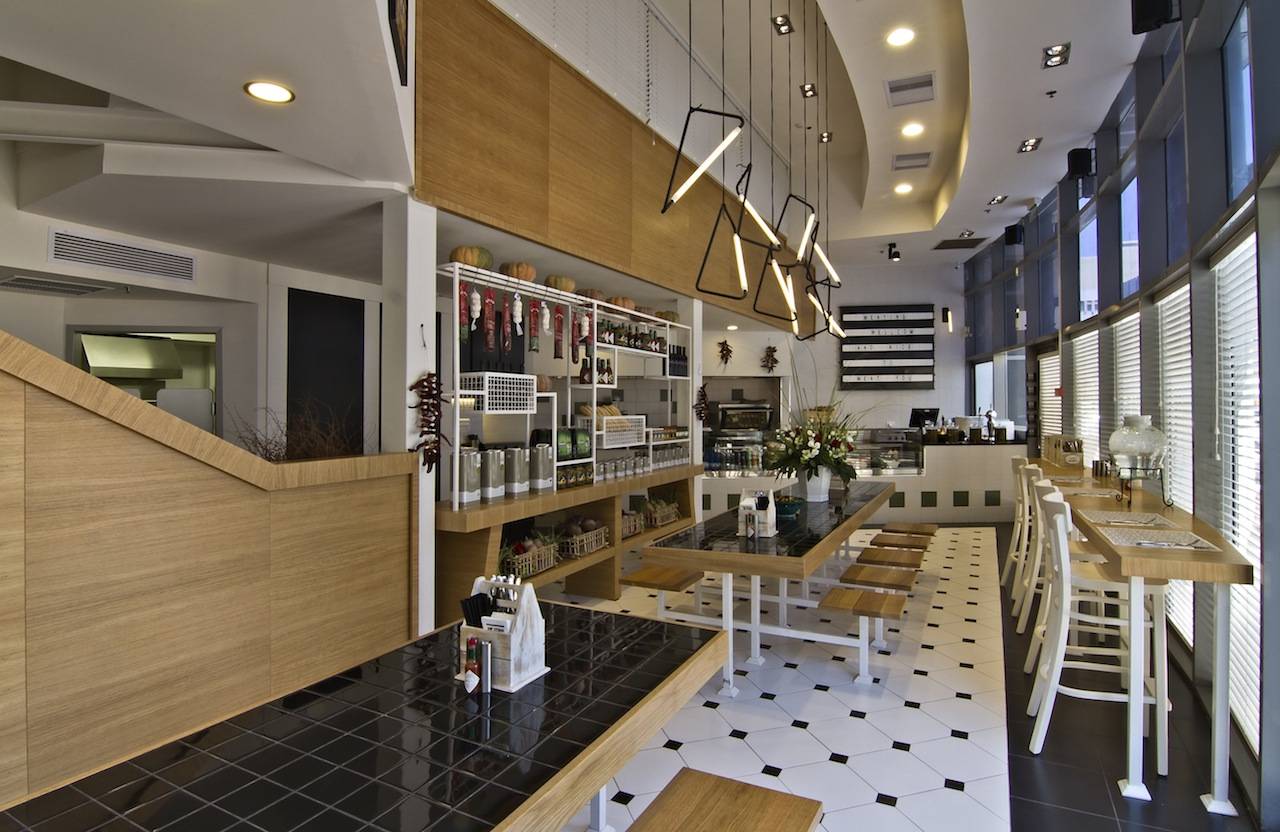 Did you always know you would grow to be a light designer?

Not really. Most signs indicated I wasn’t going to be a designer at all. I studied at Shenkar, a very good school, but my grades were always bad. Every six months the teaching staff asked, ‘Naama, what’s going on? Your grades are so low.’ I smiled nicely and they let me stay. After graduating, I worked as a waitress and did a lot of stupid jobs. Then I said to myself, before you give up and move on, see if you still enjoy the process. I decided to make a lamp because that was my final project. It took me three months and I loved everything about it. The process and the recognition. I sold a lot and so I decided, I guess I’m a light designer now.

And which design was that out of interest?

Would you say that’s still your favourite light object?

Yes, it’s one of my favourites. Because this is the light that always reminds me what I need to do. Stay focused, and don’t do lamps, don’t do lamps.