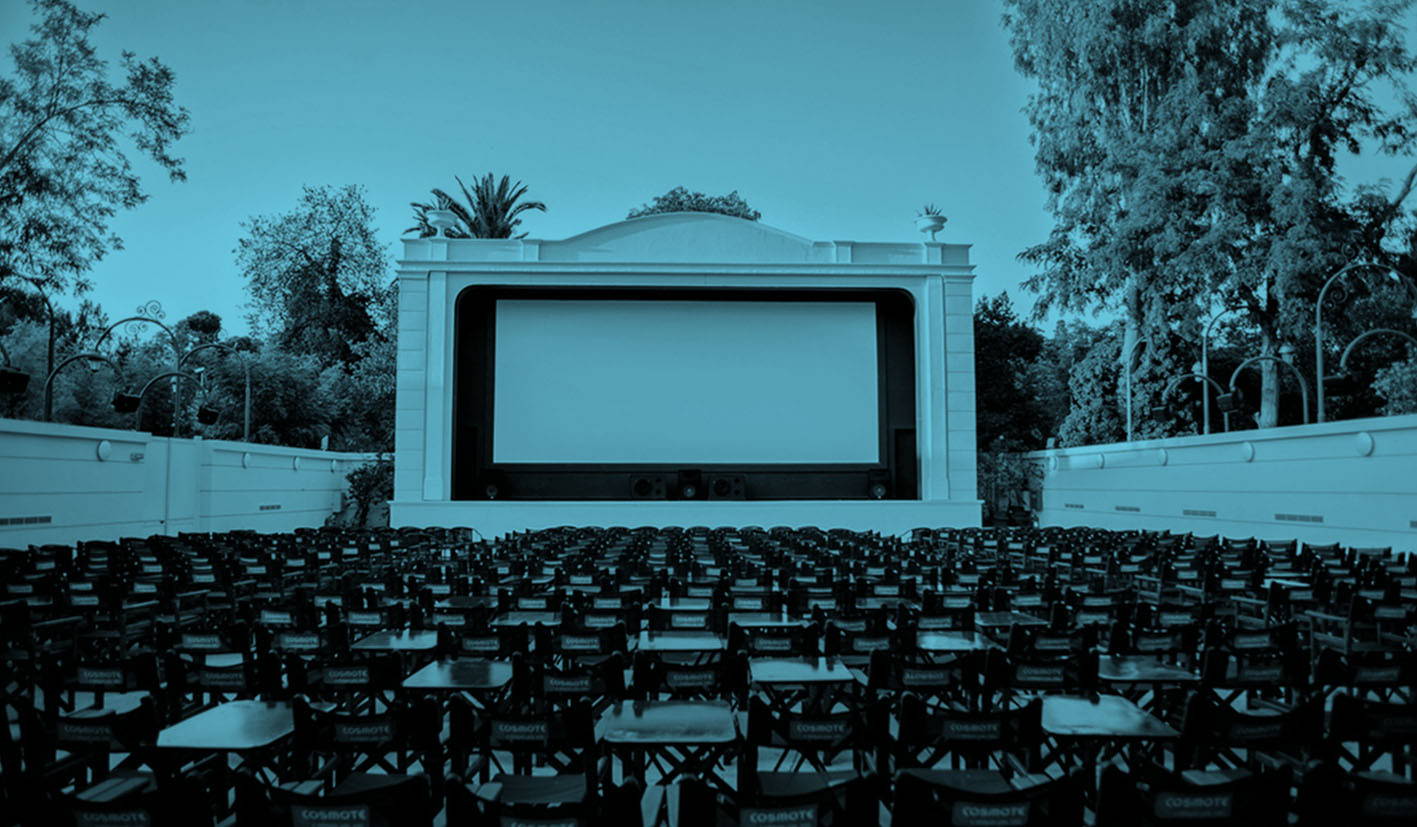 During the summer months in Athens one can visit hundreds of open-air cinemas, where old and contemporary films are screened and drinks and food are cheap, smoking and pets are allowed and going “to the movies” still feels like an experience in itself, regardless of the film being shown. As with most things the Greeks are laid back in their attitude to cinema etiquette; it’s normal for people to arrive late or leave early, or to talk or laugh or clap during the film, changing the atmosphere from the often somber silence to a kind of theatricality. The first ever open-air cinema in the city is still one of the most beautiful; Ciné Paris was created by a hairdresser who’d returned from France in the early 1920s, on a rooftop garden in Plaka on the rocky slopes of the Acropolis. Its mezzanine seats have a view not only of the screen but the ancient Parthenon, neighbored by what must be for cinephiles one of the best locations for an apartment balcony in the world. But the old lady who comes outside to conduct a long and very loud telephone conversation seems completely oblivious to Abel Ferrara’s recreation of the last days of Pier Paolo Pasolini’s life, shouting it out with Willem Dafoe until someone finally stands up and yells at her to stop. An argument ensues, and the audience begins to laugh and cheer at the farce of these two simultaneous performances. JD