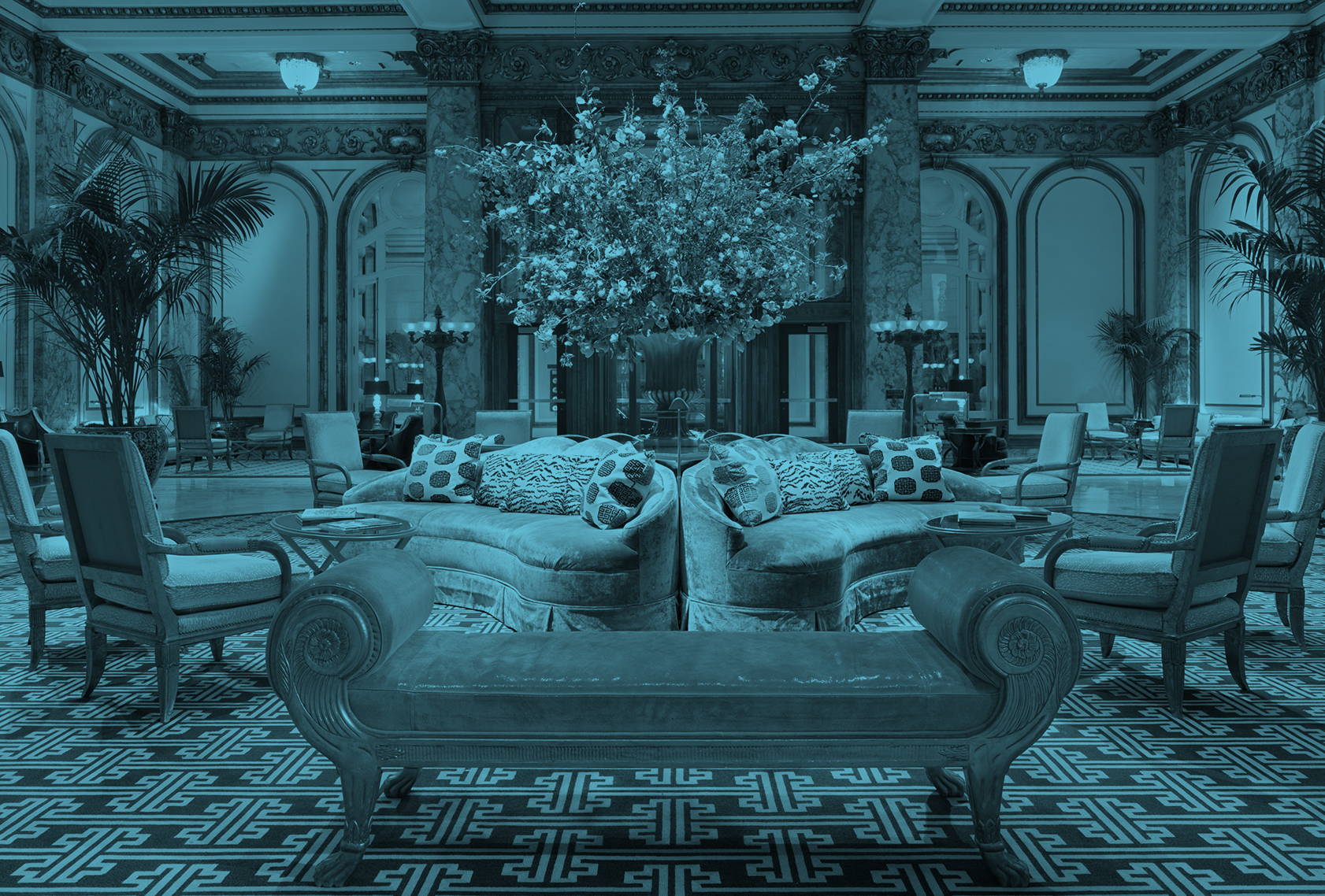 A smattering of the world’s flags proudly tussle in the wind atop the stone-columned entryway of this historic Nob Hill hotel. The Fairmont is something of a landmark here, and its exterior exudes a stately steadfastness. Though what lies beyond can feel a bit confused at times.

The hotel seems to draw in a mixed bag these days: Upon check-in, a wealthy-seeming grandmother could be seen wearily raising an iPad overhead in a feeble attempt to capture the lobby’s grandeur, while nearby, an unkempt thirty-something in a hooded sweatshirt leans sideways over the concierge desk revealing a tattooed neon blue star coyly tucked behind his left ear. A similar sort of disparity can be found on the floors above. Some of the hotel’s suites have recently undergone renovation – a valiant effort but one that fails to impress: A newly appointed room is done up in anticlimactic shades of grey, and the bathroom’s Le Labo products are a nice gesture, but one that unfortunately feels more like a distant whisper from some offsite creative consulting firm.

The real magic of The Fairmont lies deeper in its catacombs, where the complete anomaly of the hotel’s Tonga Room makes its home; a wild combination of carved wooden statues, ship ropes, and grass covered sitting areas all enveloped in a delightful yellow glow. Down here the hotel has been serving up Mai Tais and other tropical libations for the last sixty plus years. As selections are sipped from ceramic coconuts, artificial thunderstorms occasionally erupt, complete with piped in rain showers. The droplets trickle into a large pool, the centerpiece of the room, which at one time may have been used for swimming but now holds a buoyant bandstand. One evening, as a floating four-piece played a passionate rendition of Enrique Iglesias’ “Bailamos,” a toddler, dressed as a sort of a misguided flapper in a black bowler hat and pink boa, excitedly jumped between tables. Others failed to match her enthusiasm, crowding the bar and sheepishly traversing a dance floor in the shape of a ship deck, but one gets the distinct feeling that things in The Tonga Room can really heat up if the mood is right. When asked if anyone has ever been so moved by the music so as to jump in the pool, a waitress proudly answered, “Many times, many times.” JR 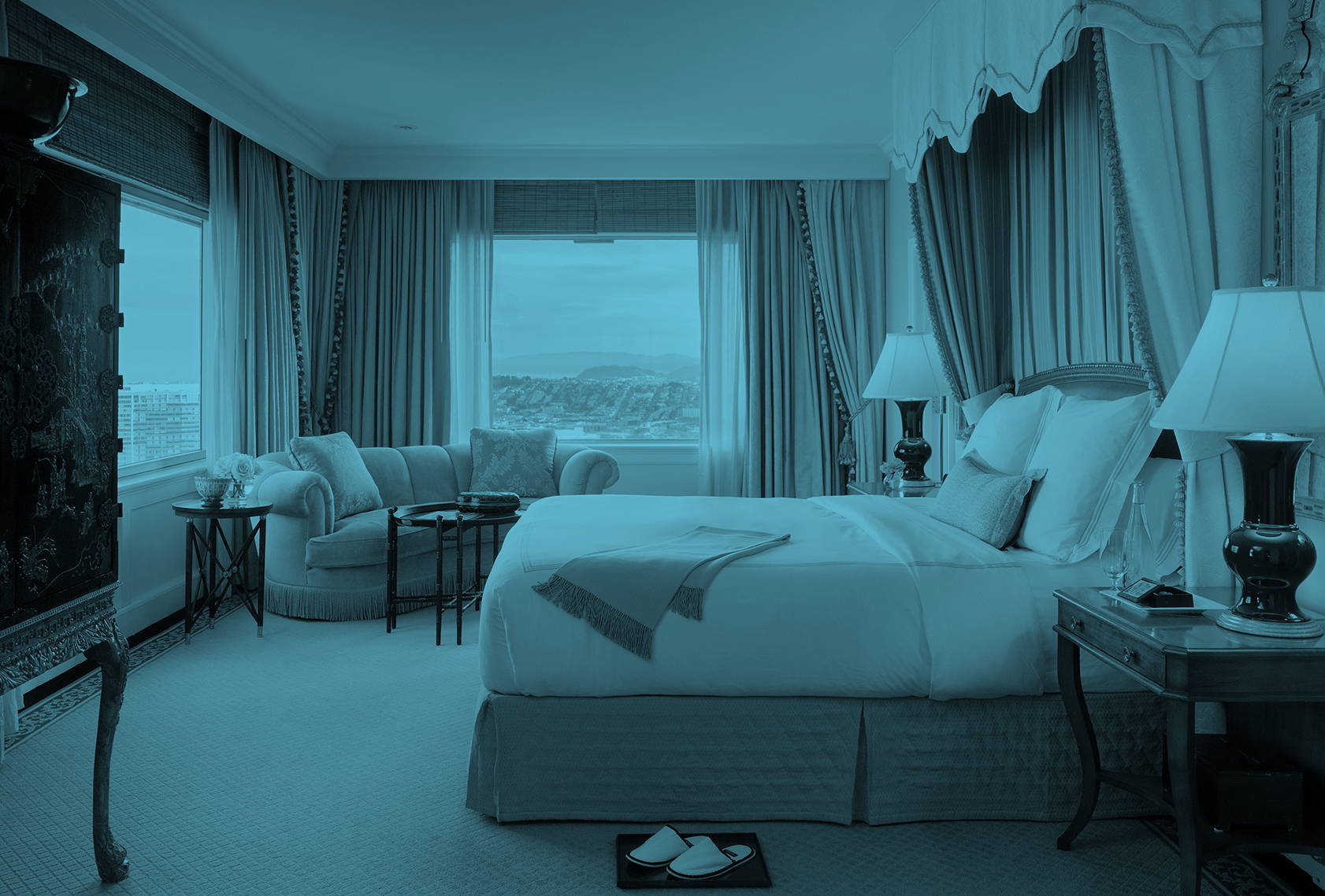 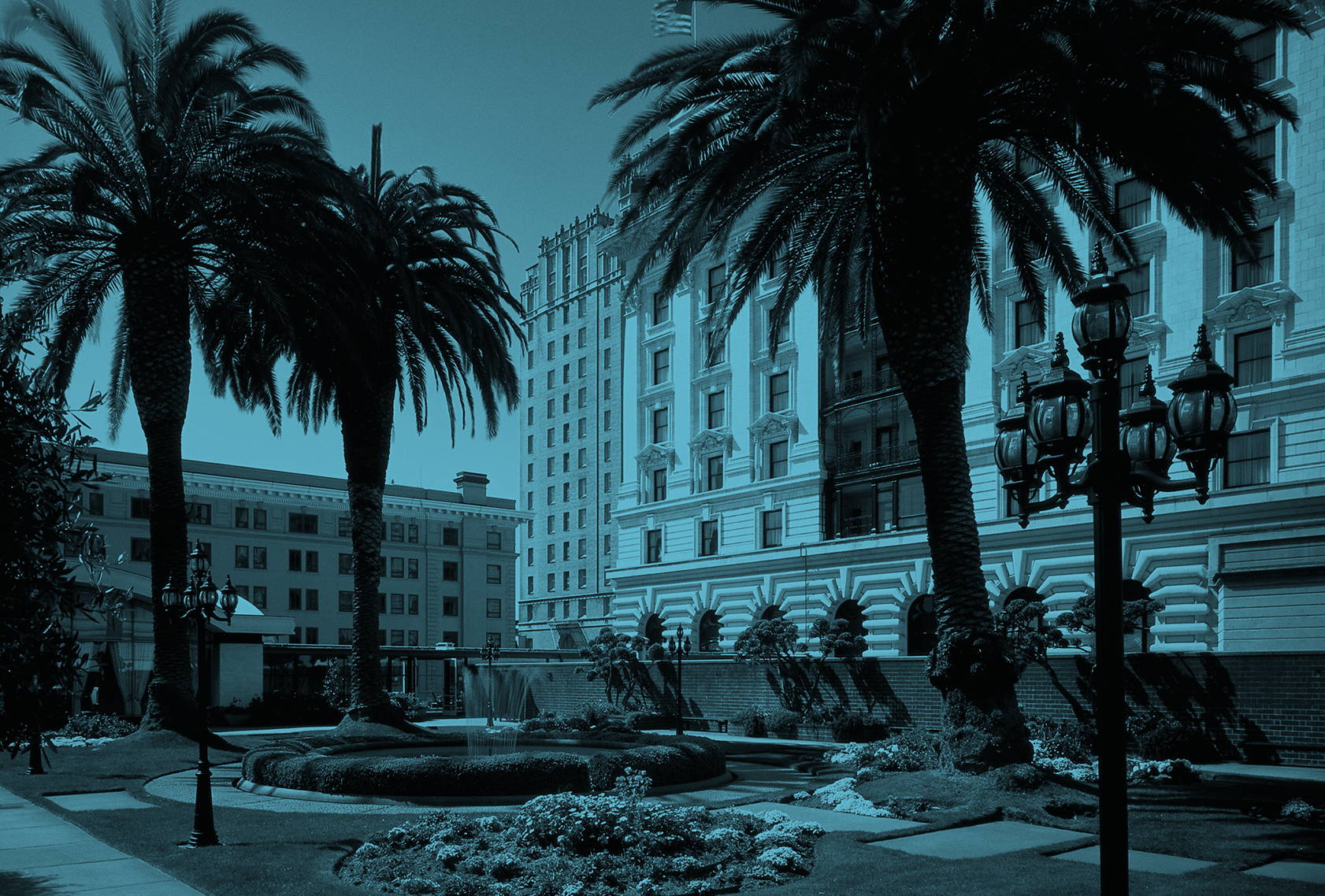 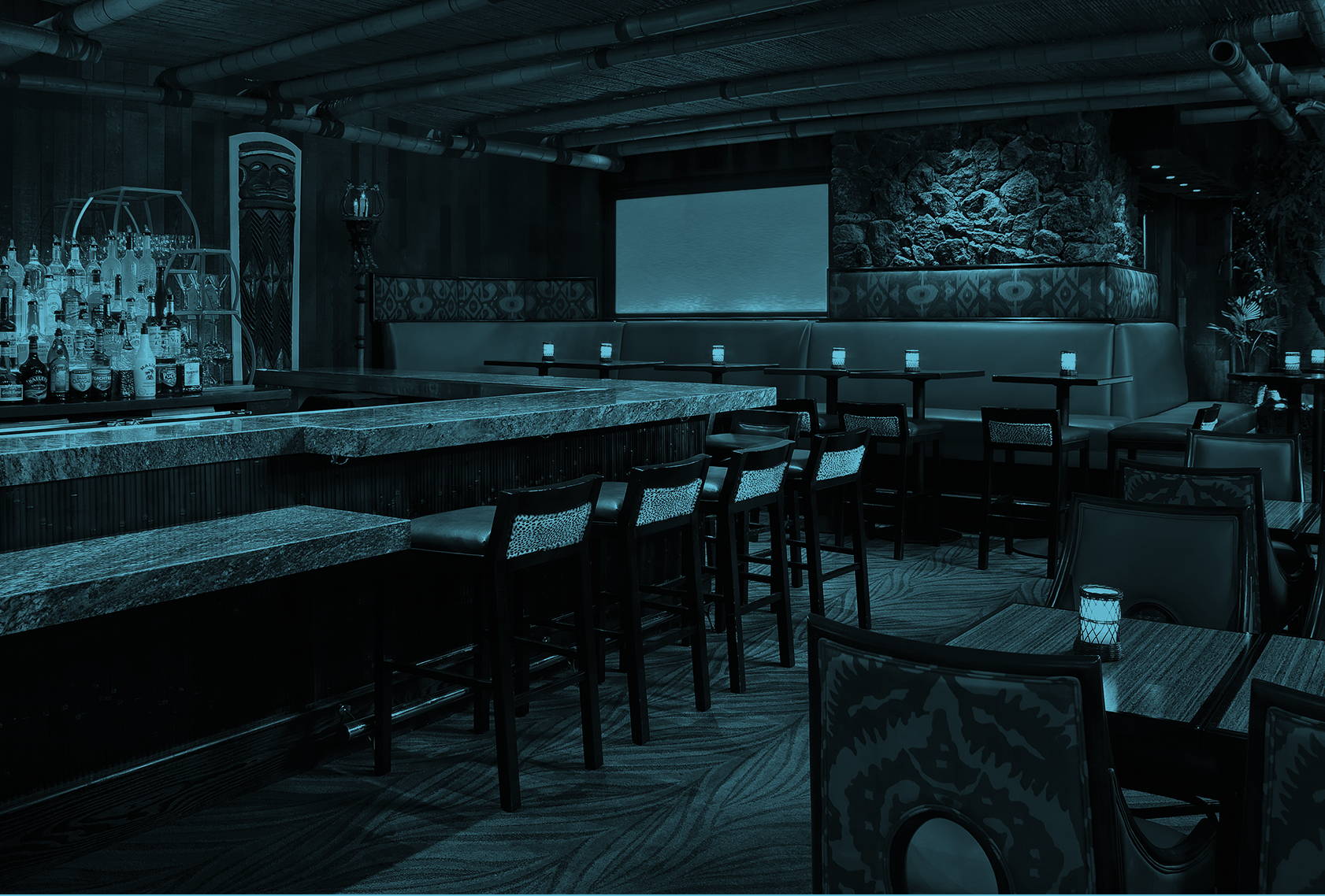 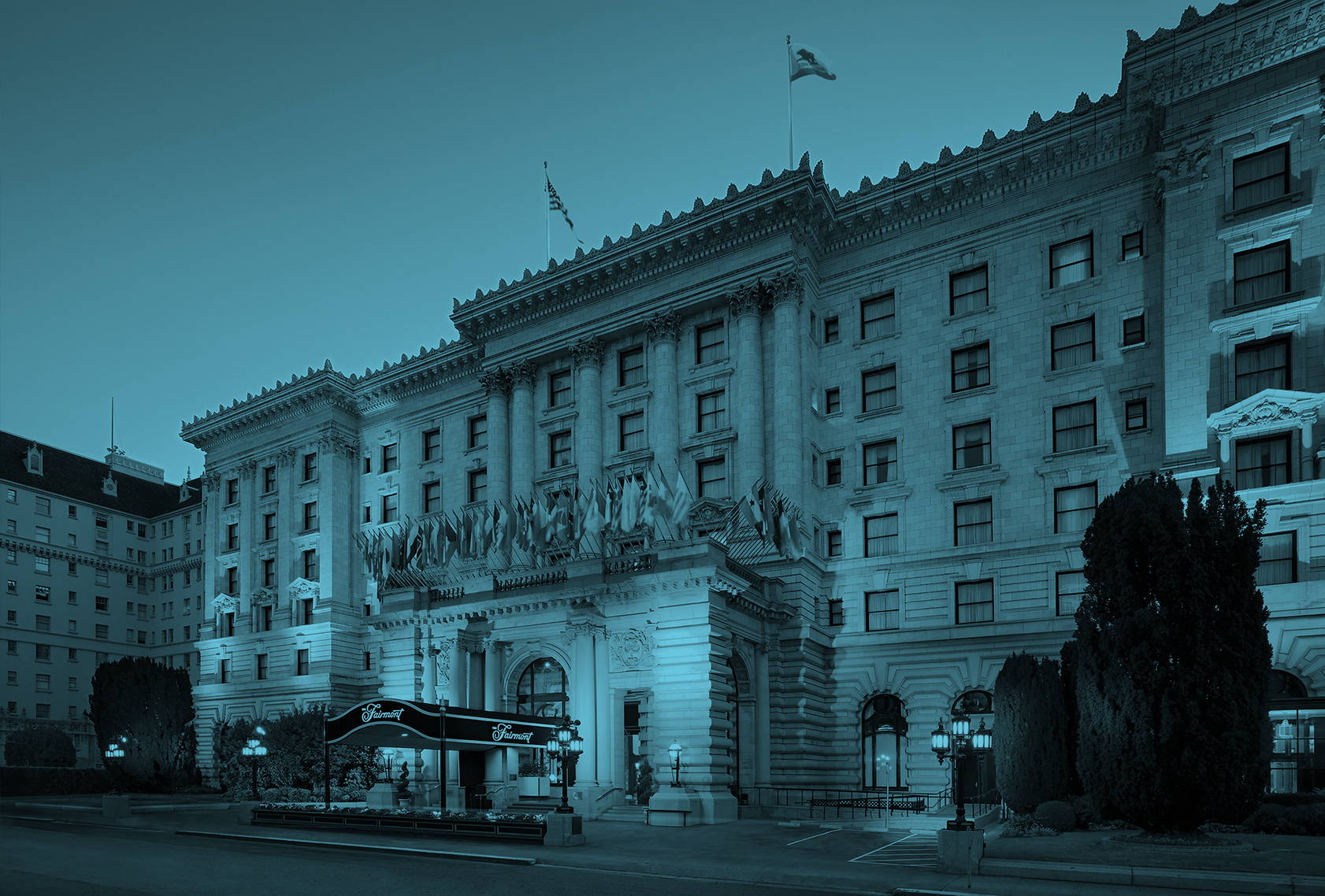