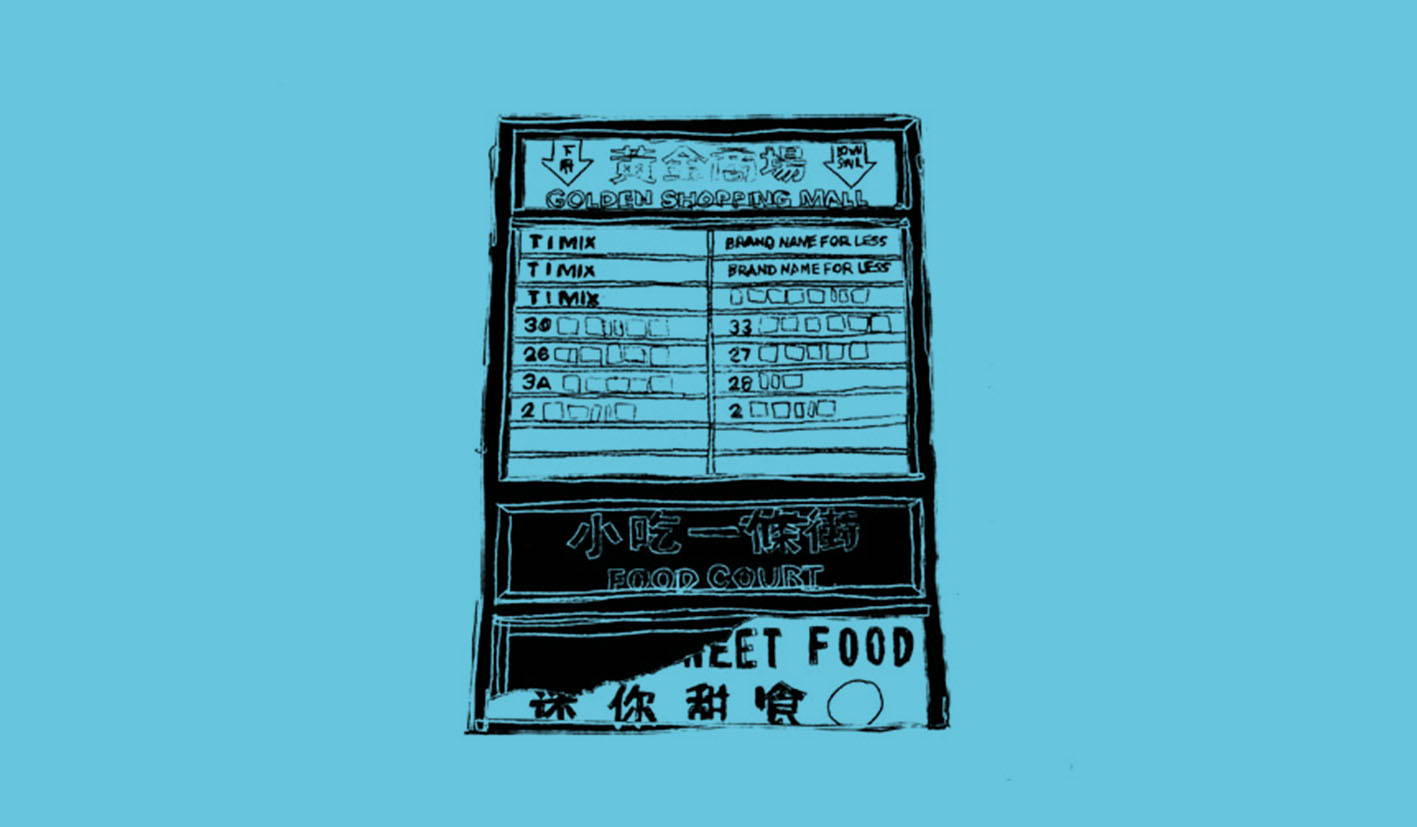 Through an entryway which barely acknowledges its own existence, comically smashed between what may be an iPhone accessories shop and an overflowing fruit stand, lies a tightly packed catacomb of East Asian culinary delights and seemingly random curiosities. In order to traverse the mall’s narrow halls, one must dodge errant buckets splayed across cream-colored tiles and mismatched rubber trashcans overflowing with plastic utensils — detritus expunged from the mall’s various food sellers.

With an absence of written and spoken English here, one may be inclined to make culinary choices based on a stand’s perceived crowdedness; a difficult task considering the amount of bodies smashed into all corners of the mall. But here, it is best to let one’s mind roam and simply react physically to the sensual pleasures that abound. One afternoon, the queue for a duck noodle soup purveyor snaked through the halls as a teenager in a t-shirt emblazoned with an airbrushed dragon and a silver necklace hurriedly served up bowls of clouded milk broth, his chain flapping wildly against his chest in a nonsensical polyrhythm. While most guests shoveled noodles into their mouths with a noisy fervor, a waifish teen in a pink polo shirt splayed open across his clavicles quietly worked himself into a sweat, as he nibbled the meat from his chopped and grizzled duck remains.

Downstairs, stress-laden grandmothers repeatedly yelled orders to their kitchens beneath the whir of uncannily old plastic fans, with the exception of a lone dumpling maker situated at the end of a hall. This flour-covered establishment’s small dough satchels vastly outnumbered their consumers, resting forgotten on trays stacked ceiling high like abstract housing blocks. The faces of the patrons that did find themselves there registered offbeat, Picasso-like combinations of depression, irritability, and emotional absence.

Edibility aside, The mall is also home to a selection of inscrutable resellers. In one clandestine basement corner, a man flaunts what may be the largest collection of Chinese digital video discs in New York. Drawing a crowd of mainly single men tightly grasping take-out containers, the promise of a new adventure in film seems to entice many, despite the dubious legitimacy and photocopied covers of many of the available titles. Upstairs, a shoe shop that specializes is black slip-ons that are an orthopedic-looking cross between a saddle Oxford and one of the Skechers brand’s more cartoonish offerings, confounds with its obscurity, as does a wildly popular stand plastered in pink and yellow flyers affixed with clear plastic packing tape advertising the unlocking of cable TV boxes. Some doors down, in one of the interstitial spaces between a barbershop set aglow in the blown-out white of fluorescent iridescence and the backside of a restaurant’s kitchen, lies a stand which perfectly exemplifies the madness of The Golden Mall: With only a handful of items, this shop has focused its energy on five-dollar neon windbreakers and personal-sized bottles of Clorox bleach — an exciting and abstract combination.