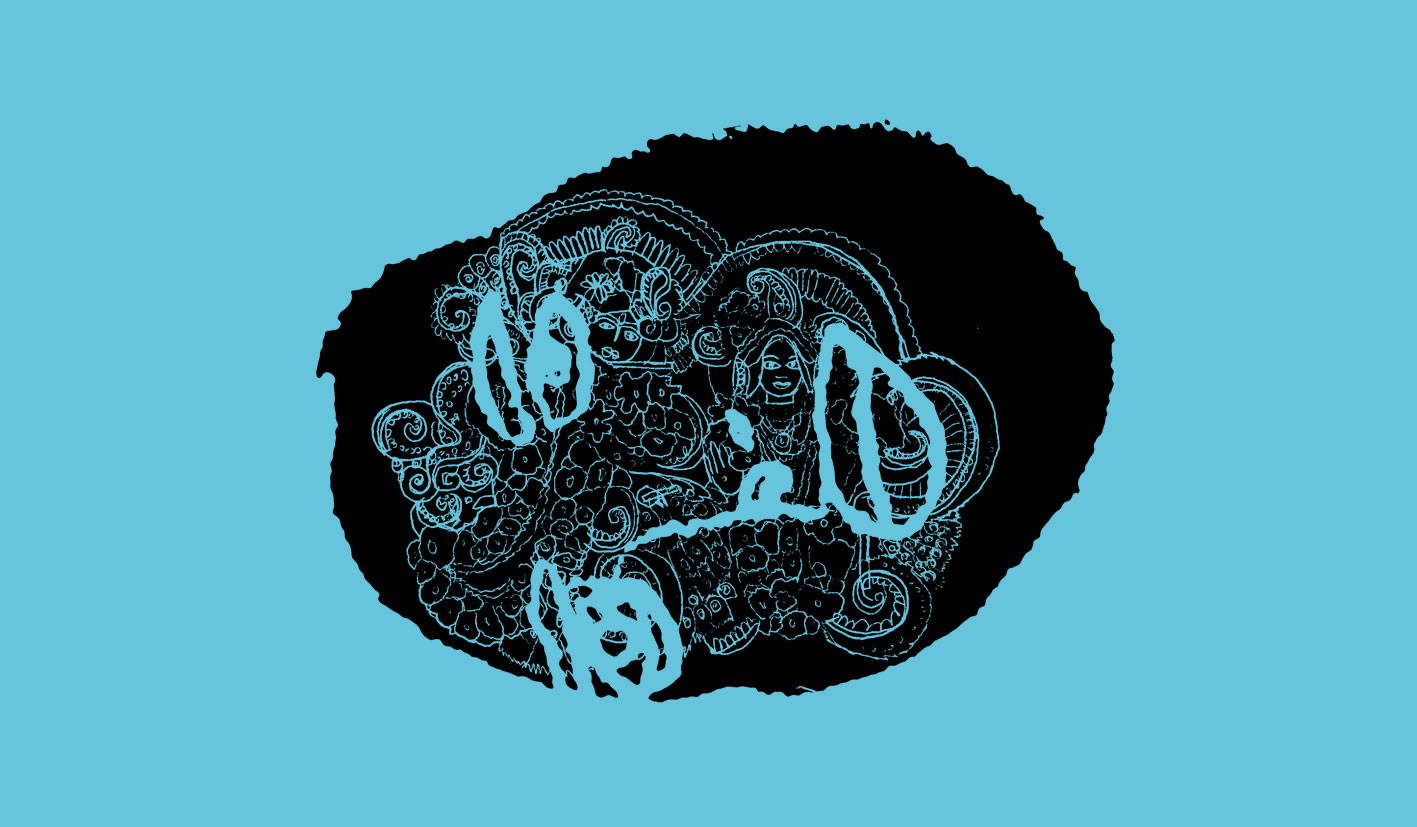 One of New York City’s most unique Indian eateries floats in an obscure haze of extinguished incense smoke beneath a Hari Krishna temple in Boerum Hill, Brooklyn. In order to reach its subterrestrial dwelling, one must pass through the temple lobby, occasionally shifting past individuals in orange-hued religious regalia, arrant floral bouquets, and an inexplicable black touch tone phone with an amputated number pad perched atop a small wooden desk. The restaurant itself is little more than a basement rec room, but with its slime-green walls and checkerboard floor of mint and maroon, it somehow musters an equal charm to the Prada-owned Pasticceria Marchesi in Milan. As a soft wave of chants to Krishna drift atop sitars and tablas, businesspeople, art students, and loners form a line behind a small buffet, bearing the day’s offerings. Samosas, dal, and lentil loaf contribute to an unexpectedly refined cultural melange that falls somewhere between Northern Indian fare and that of a 1970s commune. Last Tuesday, a staggeringly tall woman in a tightly fitting denim bucket hat pulled a full set of personal silverware from her aged New York Public Library tote bag, before carefully consuming a platter of tofu cutlets. Across the room, a pink-haired student in a military jacket sipped pineapple juice from a ribbed plastic cup, while obscuring her face with a book of historical fiction. JR