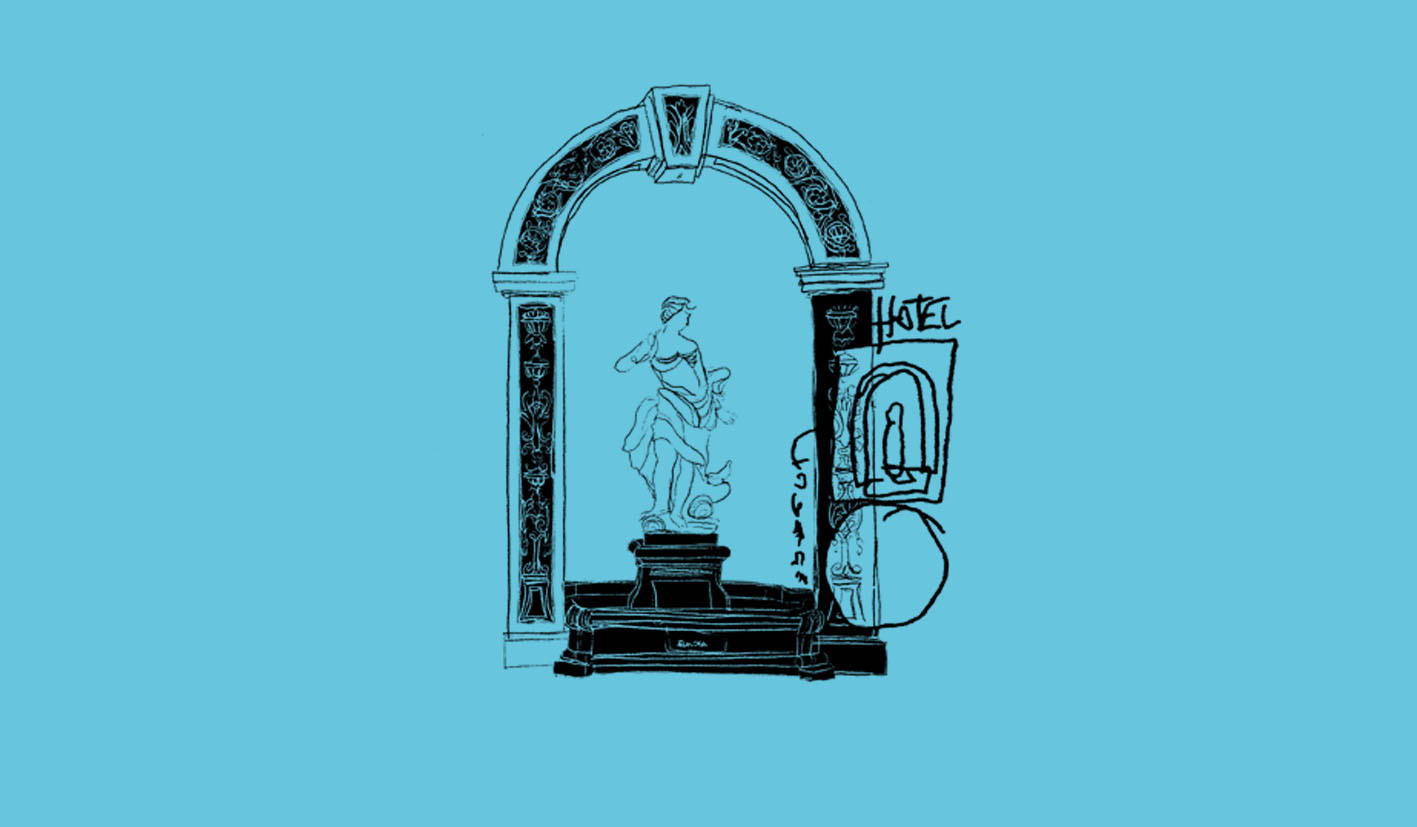 Those lucky enough to arrive by boat will behold the Grand Hotel as a colossal, dazzling birdcage on the shores of Lake Maggiore, the jewel of Stresa, a small resort at the foot of the Italian Alps. The hotel is surrounded by pristine gardens and ornately decorated ironwork, and as one enters the slightly faded grandness of its interior only adds to the charm of the place, and to a ever-present sense of history; the lavishly baroque public spaces, corridors lined with mirrors and artworks, vast dining rooms and glittering salons all create an almost delirious effect on guests, a fevered dream of the past.

The aristocracy of most of Europe as well as many film stars, musicians and other luminaries have visited the Grand Hotel at some time or another. Most famously this is among the settings for Hemingway’s novel A Farewell to Arms, in which the author’s description of the view from Frederic’s room is as true today as it was in 1929: “Down below were the gardens, bare now but beautifully regular, the gravel paths, the trees, the stone wall by the lake and the lake in the sunlight with the mountains beyond.” As an ambulance driver on the Italian Front, Hemingway had been injured in an explosion in 1918 and spent his convalescence leave at the Grand Hotel, where he fell in love with a nurse named Agnes von Kurowsky, the basis for the character Catherine Barkley. Needless to say, many visitors come simply to witness the setting of a masterpiece, including Hemingway himself who revisited in October of 1948.

"One discovers here a clientele who appear to be living in fragments of time all their own: the immaculately dressed widow who takes her aperitivo in silence; the regular senior guests on permanent vacation, who argue over dates long passed; today’s generation, hipster tourists and fashionistas. . ."

Beside his name in the hotel’s guestbook, the author wrote: “an old client.” Thankfully much of the Grand Hotel’s original décor and theatricality has been preserved. Walking along on the shores of the Maggiore one enters palm tree gardens with golden gates, feeling the presence of other eras in ghost form, as though the years had left a patina of memories. Indeed it would be difficult to criticize anything here were it not for some disappointingly generic, faux royal décor of the guest rooms, and a dinner whose mediocre menu—to put it kindly—comes with a very grand price list, but such things seem trivial when the building itself is a feast for the eyes. One discovers here a clientele who appear to be living in fragments of time all their own: the immaculately dressed widow who takes her aperitivo in silence; the regular senior guests on permanent vacation, who argue over dates long passed; today’s generation, hipster tourists and fashionistas and the young and exhausted Milanese finance workers on weekend breaks, some still with phones against their ears.

Breakfast is another story altogether, a quite sumptuous banquet where one can while away the mornings absorbed in the panorama of iridescent waters and snowcapped mountains in the distance. The Grand Hotel makes an excellent base from which to explore the statued gardens and palazzos of the Borromean Islands— Isola Bella, Isola Pescatori and Isola Madre, each as glorious as the last—or alternatively, to step outside and wander only so far as the terrace, where a day can be dedicated perfectly well to the rejuvenating activity of doing nothing, in reminiscence. PK