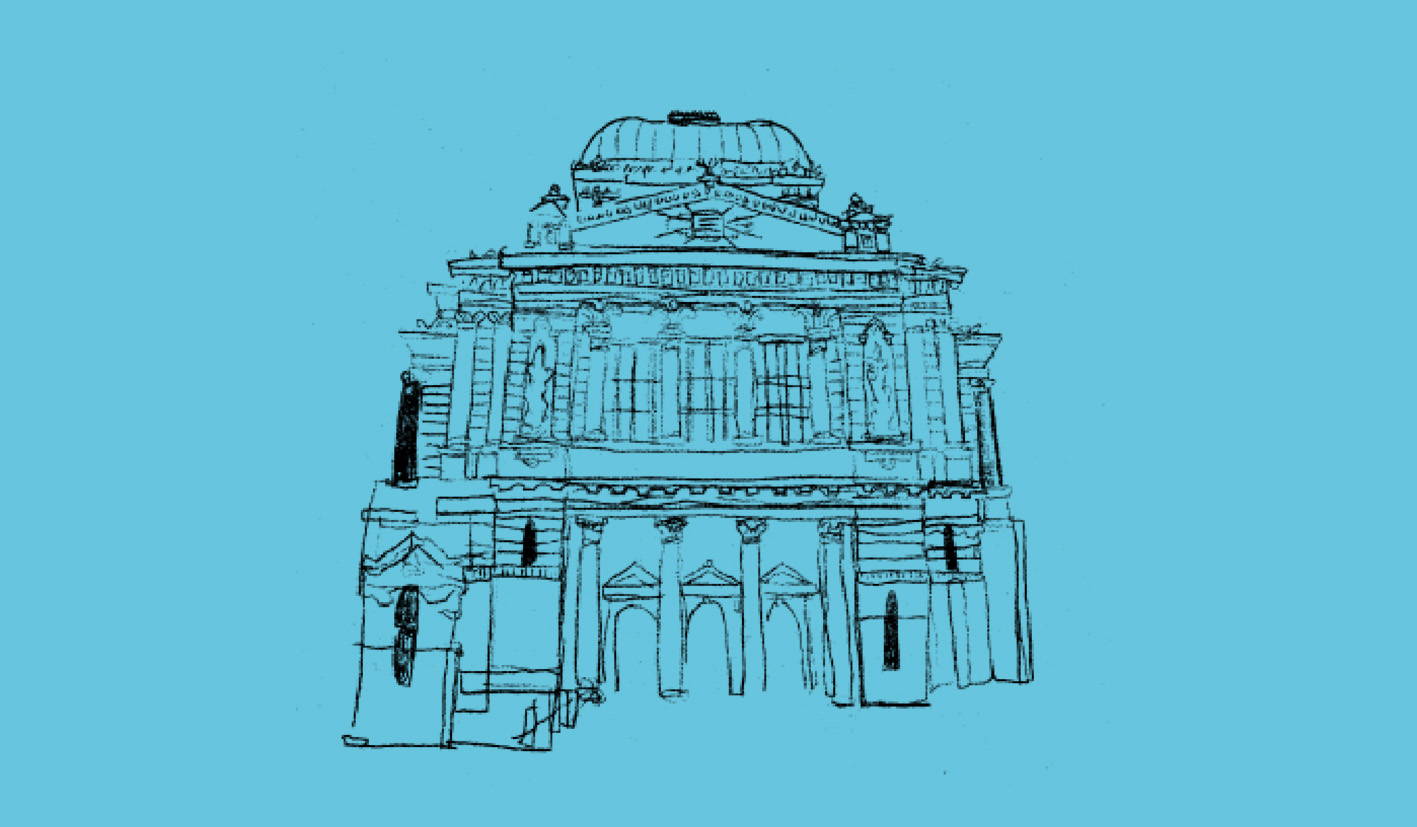 Overwhelmed by the bulkiness of the synagogue, a gathering of tourists stroll around the fenced-in building in search of an entrance. At its rear, a Swedish couple discovers a massive revolving door flanked by stoic guards with sinister stares: Photographs are prohibited here, and visitors are only admitted with a tour guide. The fair-skinned pair argues over tour prices, and after discussing the pros and cons of entry at length, the man passes through alone while the woman regretfully heads to a café across the street in order to avoid an argument. One tour is led by a misanthropic art historian with a monotone voice and a German accent. In addition to covering the elaborate security measures introduced in 1982 following an attack on the synagogue and the building’s impressive collection of decorations from a Jewish ghetto, the main focus of her tour appears to be eliciting guilt. With so much historical baggage, none of the intimidated guests dare to ask a question, with the exception of a young Mexican girl, who would like to know if pets are allowed on the premises. PK