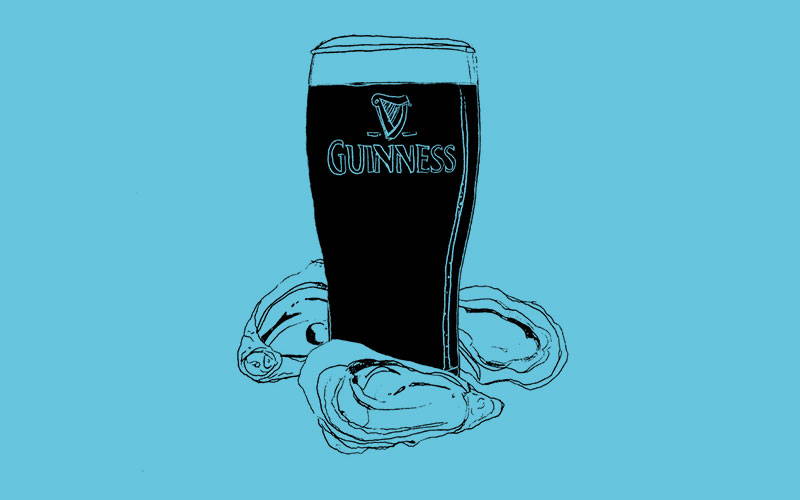 Hiking along the coastline in the “wild west” of Ireland, there’s always a chance that at any moment, at any time of year, a wall of mussel-blue storm clouds can appear behind your shoulder. It sweeps across the sea and blankets the cliffs and fields in darkness, at which point the rain starts to fall in quantities that seem hardly believable. No matter though, since this is Ireland, it’s never long before you’re shaking off your jacket at the fireplace in a pub that time apparently forgot, and ordering a plate of oysters. It’s true that oysters are supposed to go well with just about anything, they’re so salty they act as a palate cleanser. Champagne in France or bourbon in New Orleans or a dry martini in London, but out here in the rugged west they’re served unpretentiously with a pint of Guinness, a marriage of simplicity that sums up the perfection of the place. If you’re in the Galway Bay area Moran’s Oyster Bar is one of several seriously good options, or for a cheaper version visit the city street market on Saturdays, where fresh oysters are served in the open one at a time, until you’re ready to dash back inside. JD