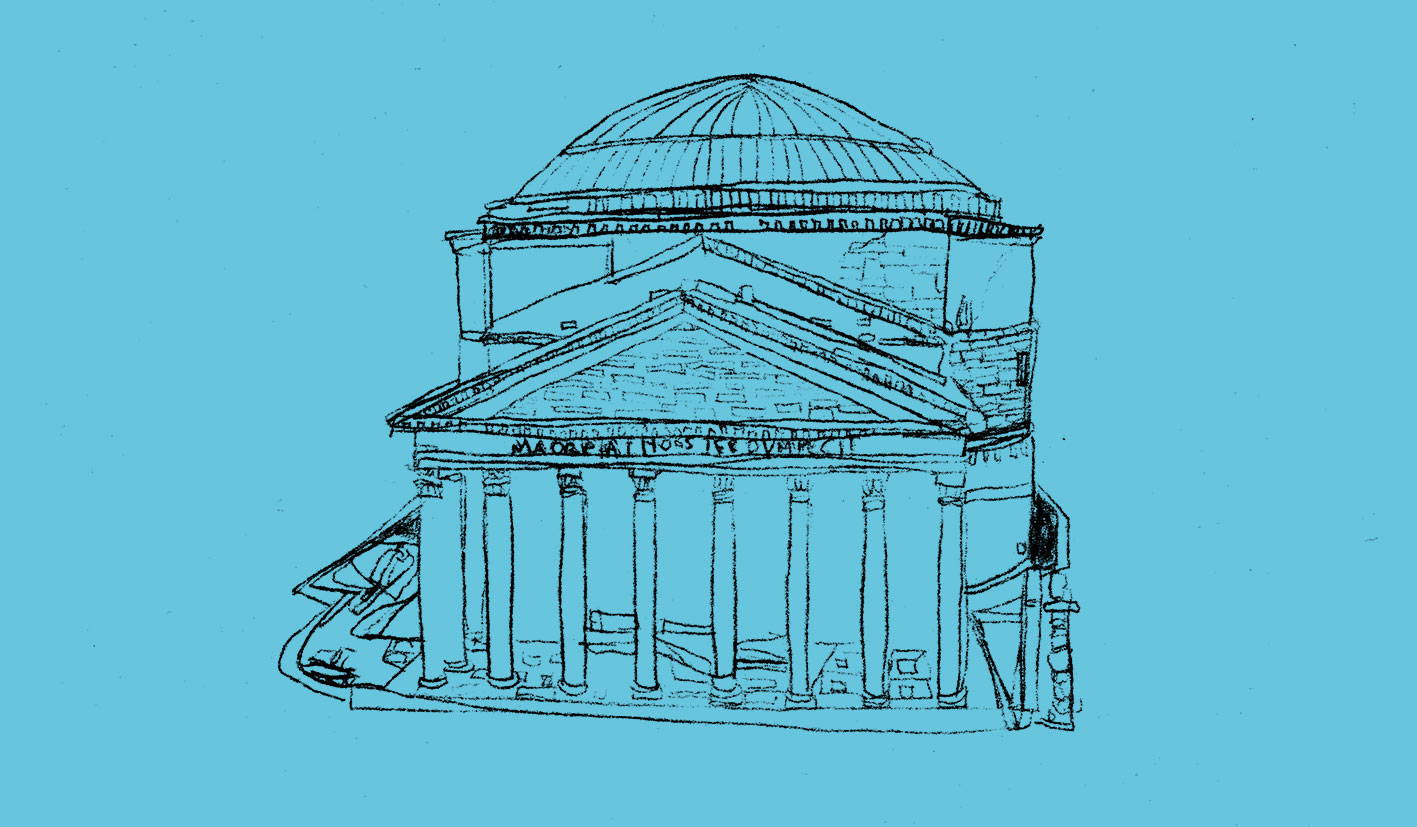 Since the Pantheon is only occasionally used for services, the atmosphere feels less austere than most houses of worship. Intermittently, a multi-lingual recording is piped through its interior. After French and English voices gently request noise levels to be kept down, a German voice, with a rather patronizing tone, distorts as it aggressively demands silence. In front of the alter, a sweet Thai girl dwarfed by her digital camera directs her parents into acrobatic poses as they struggle to keep their composure. Meanwhile, a group of Japanese tourists in pale blue, Futurist uniforms argue fashion faux pas with a Swedish family draped in neon yellow raincoats. Two Polish nuns observe his decline of manners with disdain, a sentiment only accelerated by the arrival of a group of adolescent students less interested in the historic tour than each other. An welcome silence eventually sets in as a French couple in wheelchairs discovers a colorful balloon shaped like Nemo, the clownfish, gliding playfully over the scene. PK