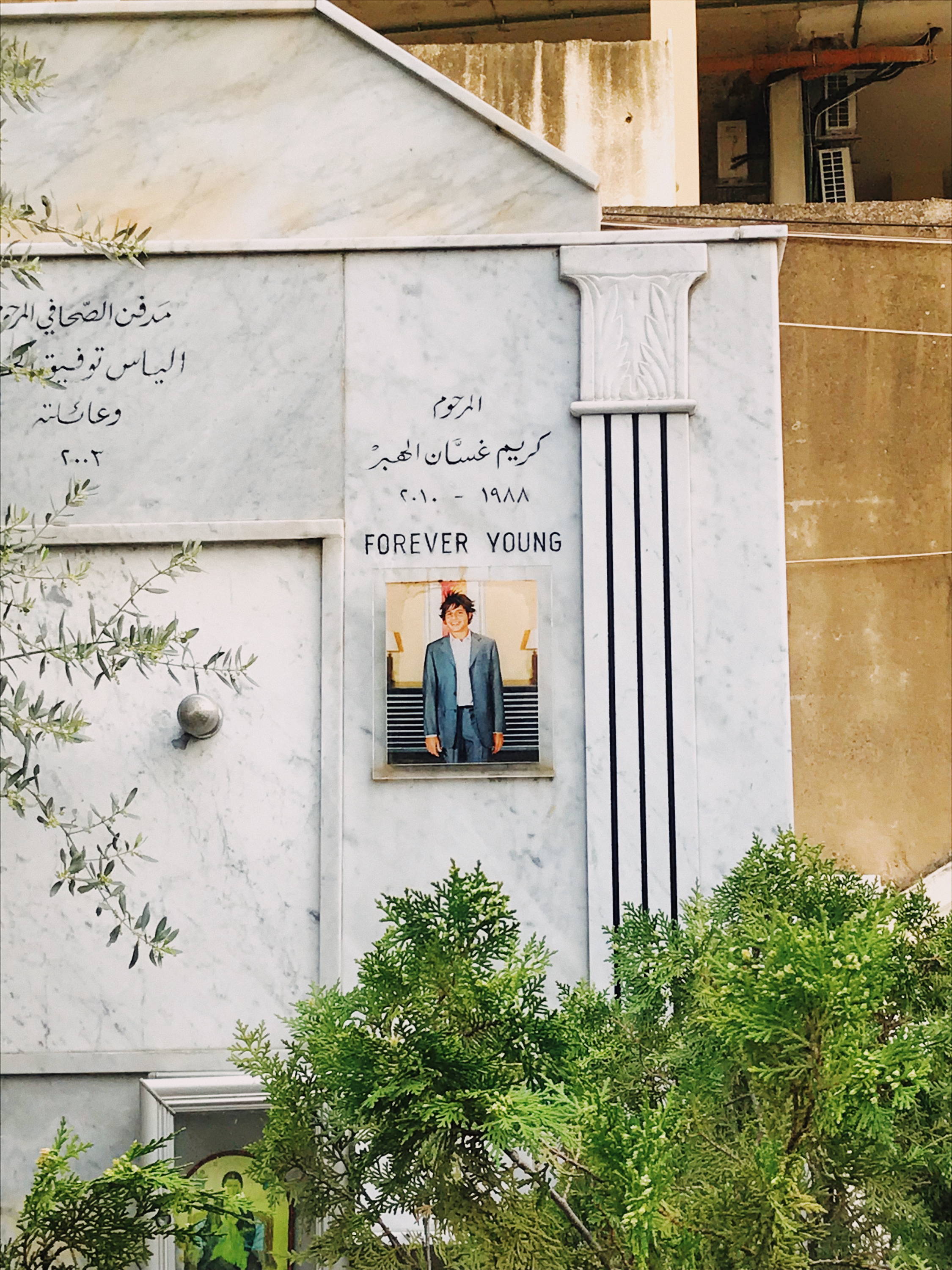 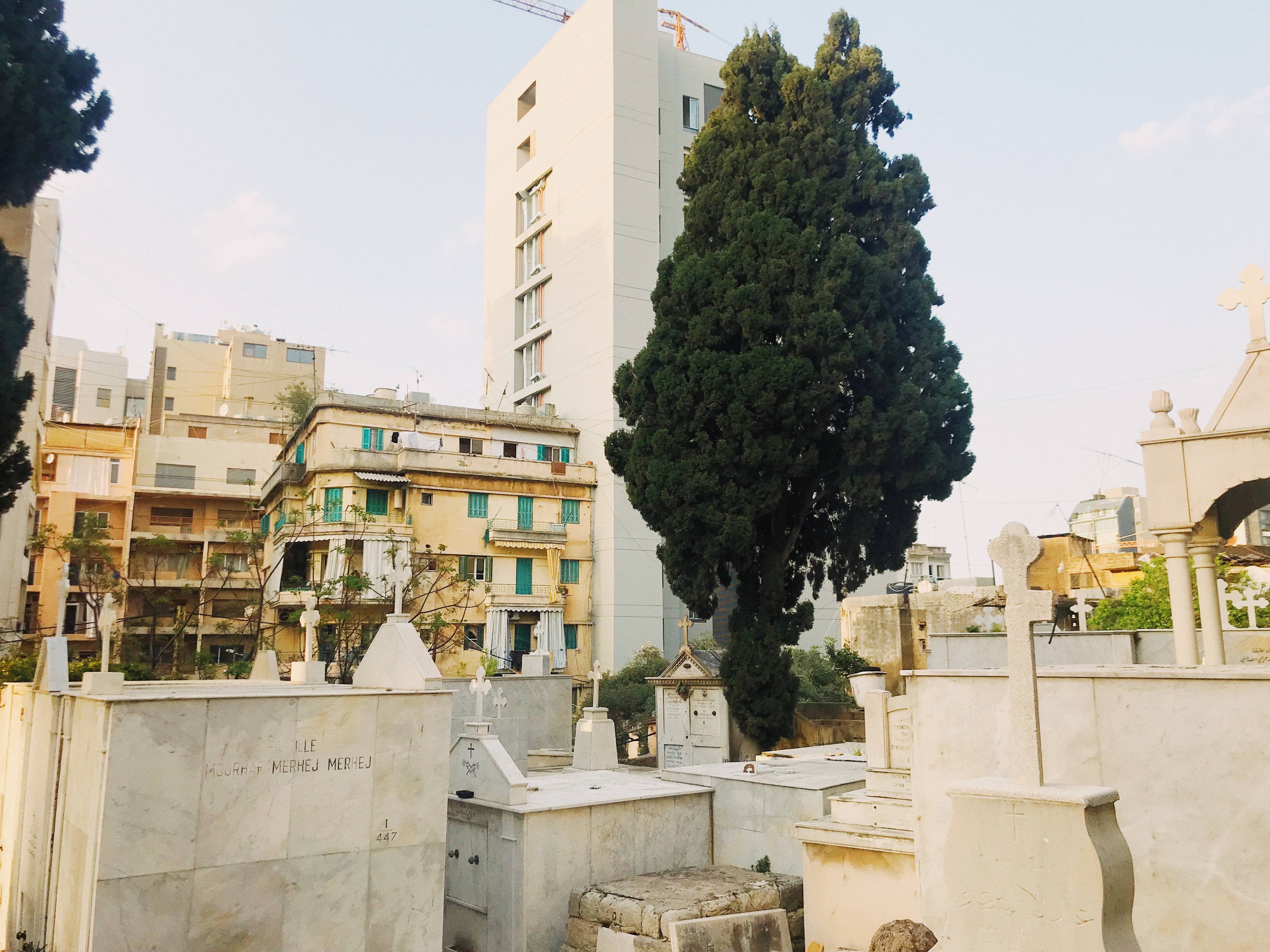 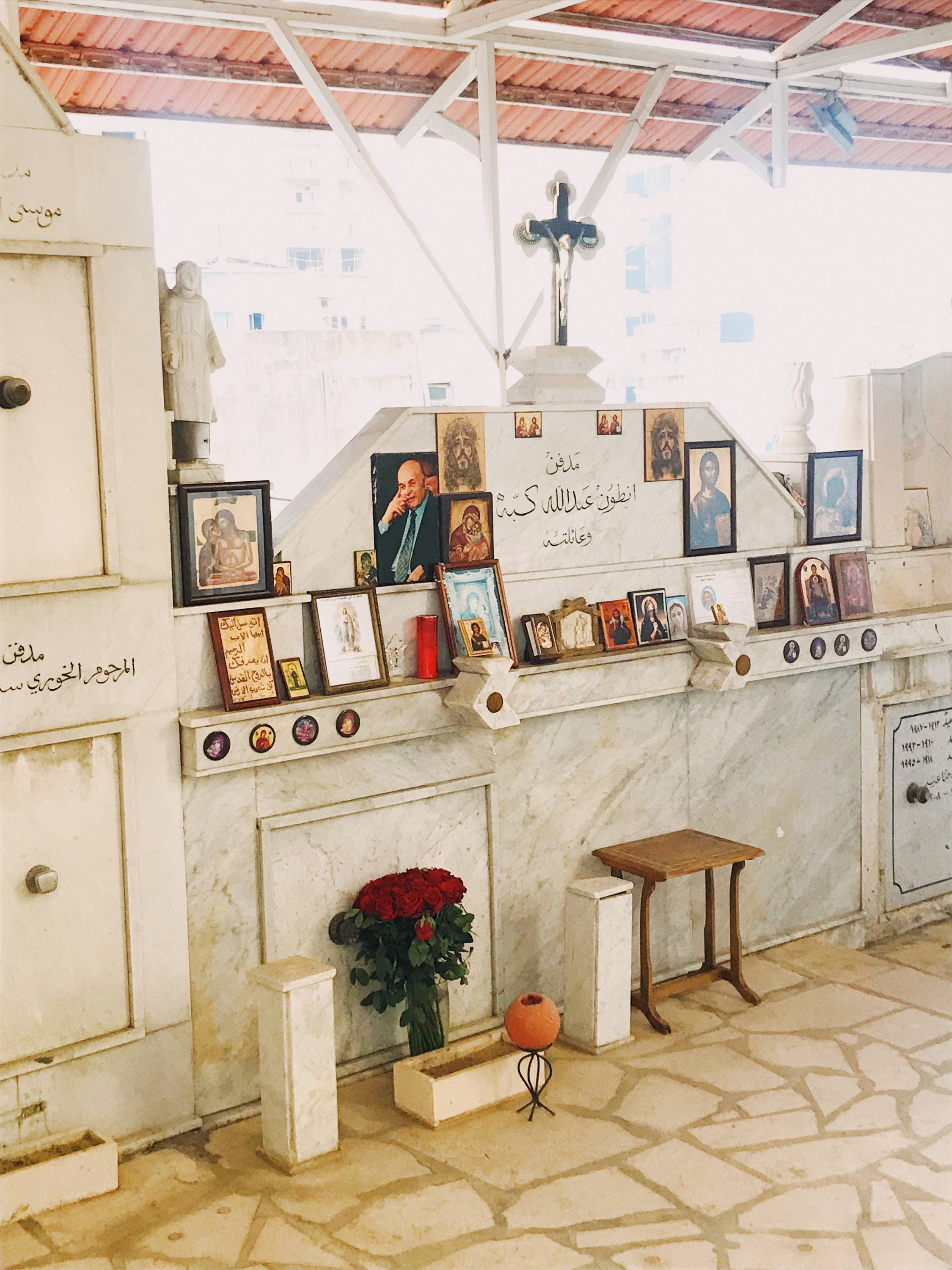 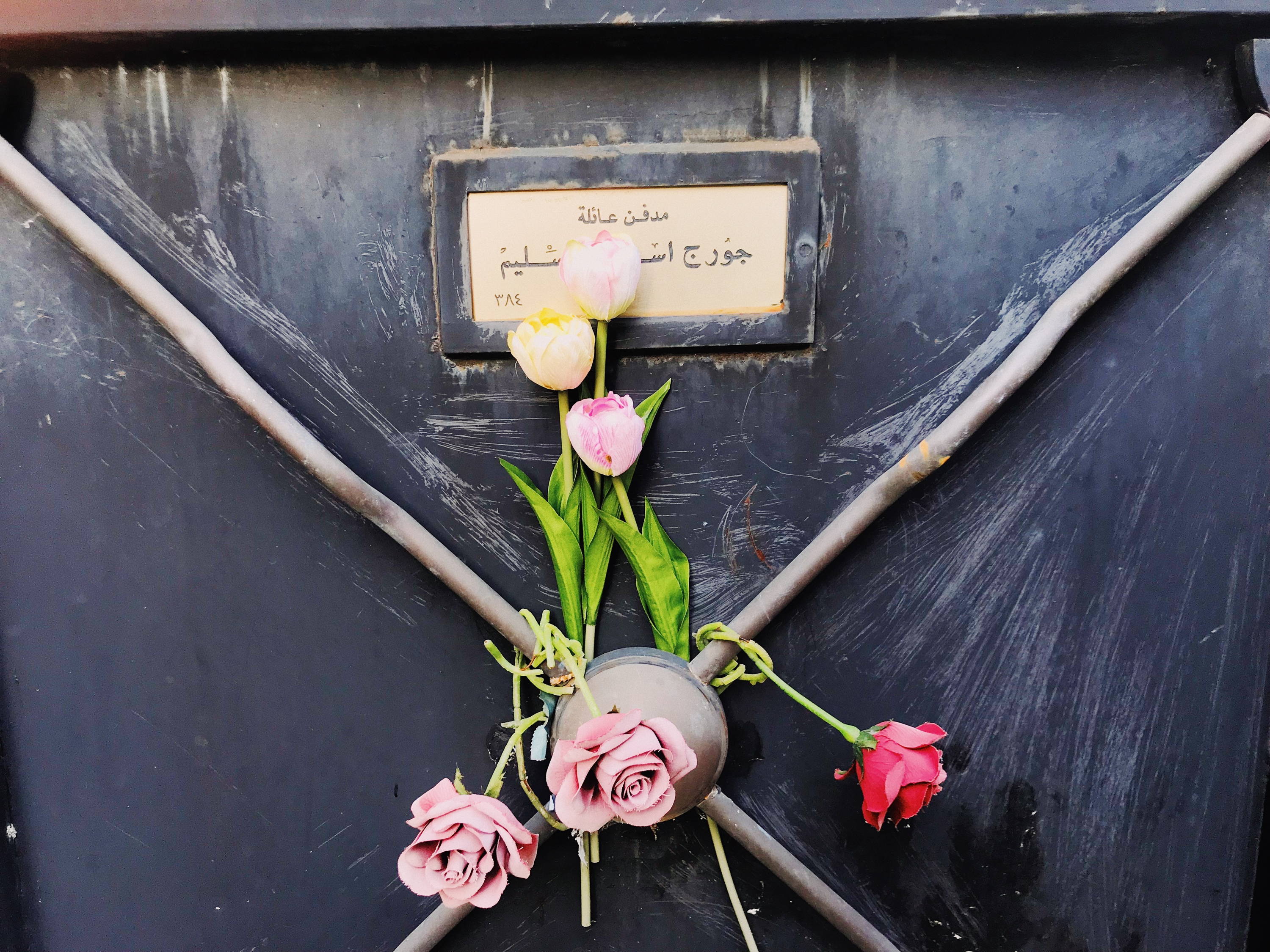 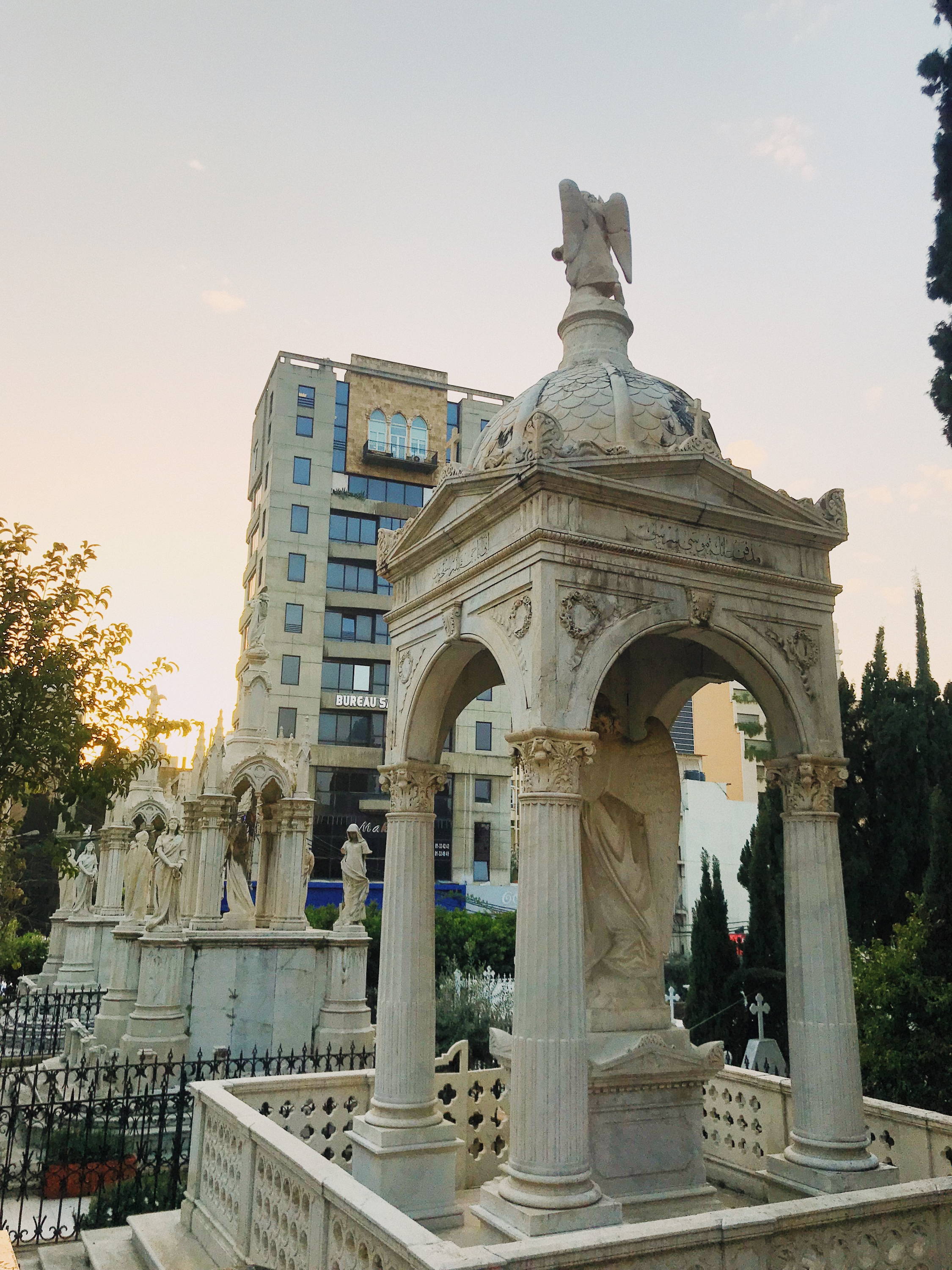 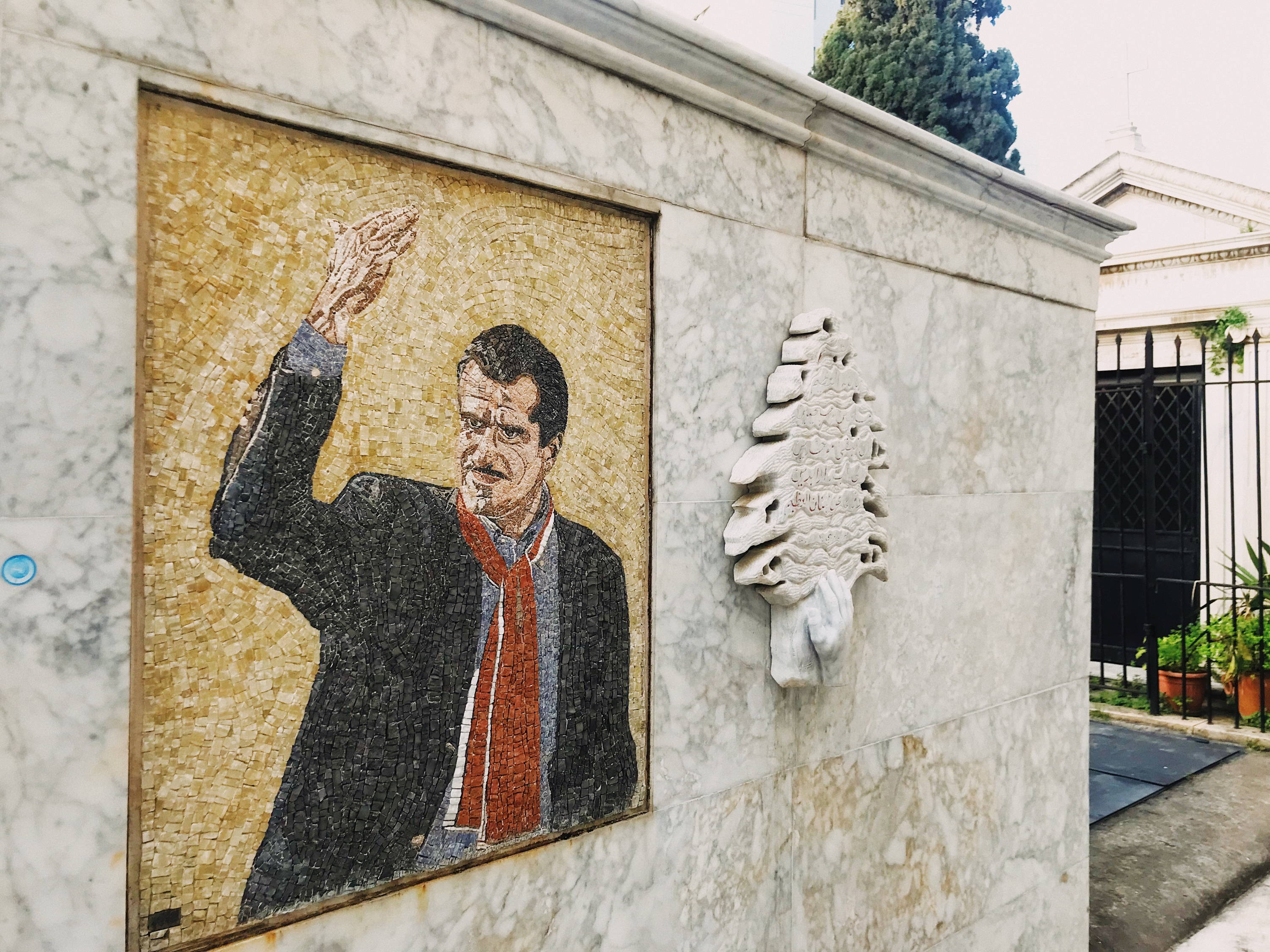 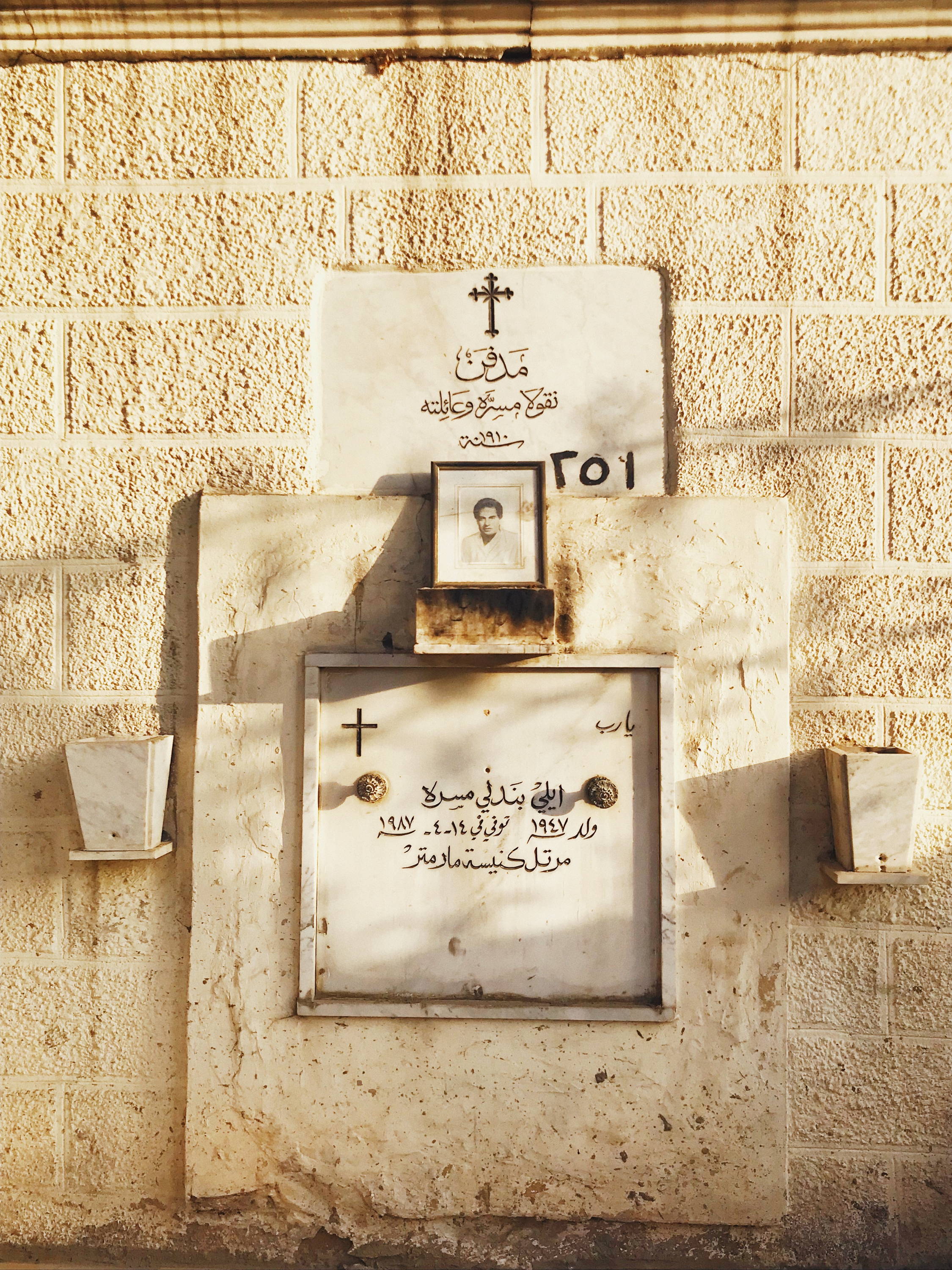 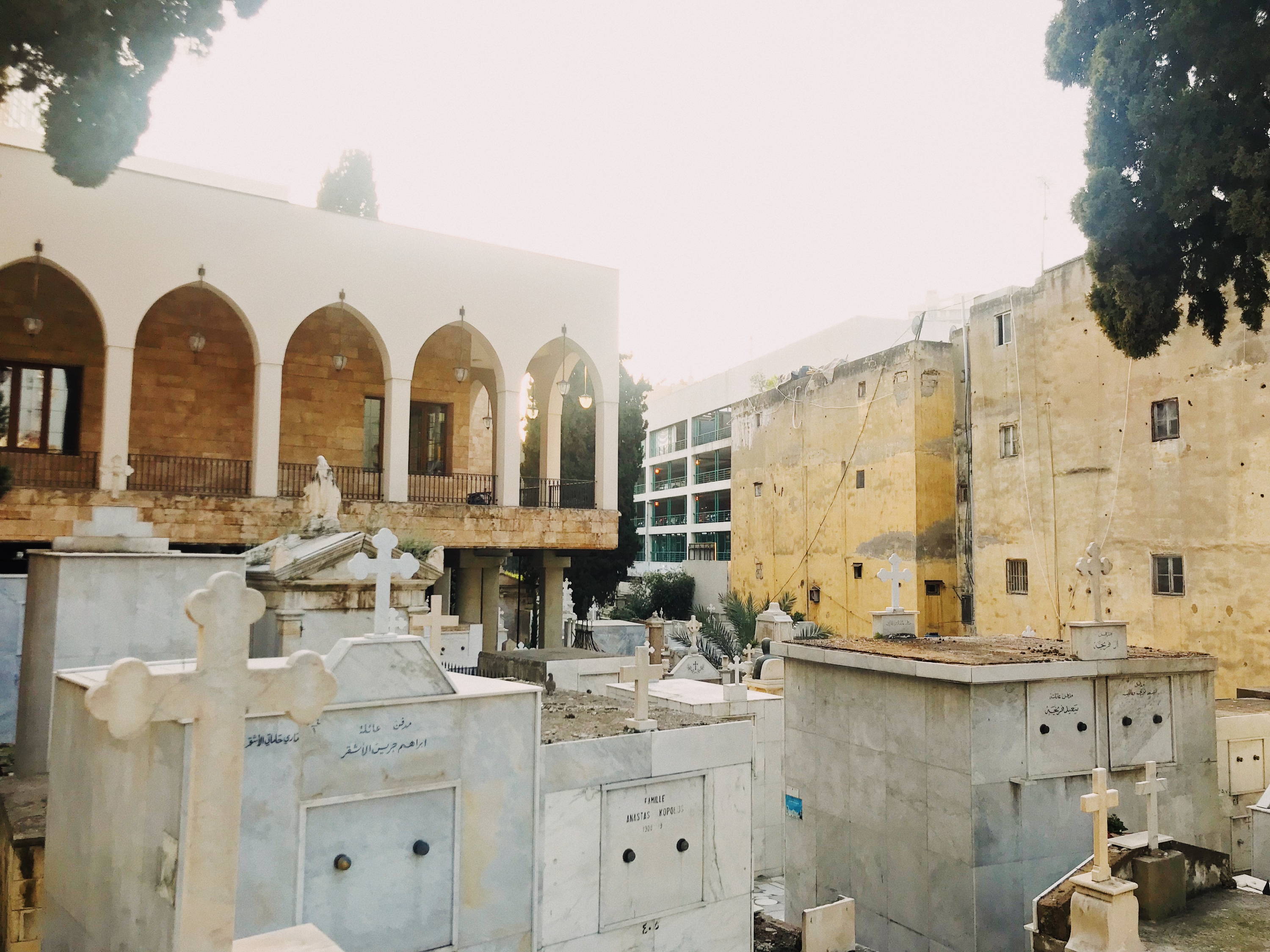 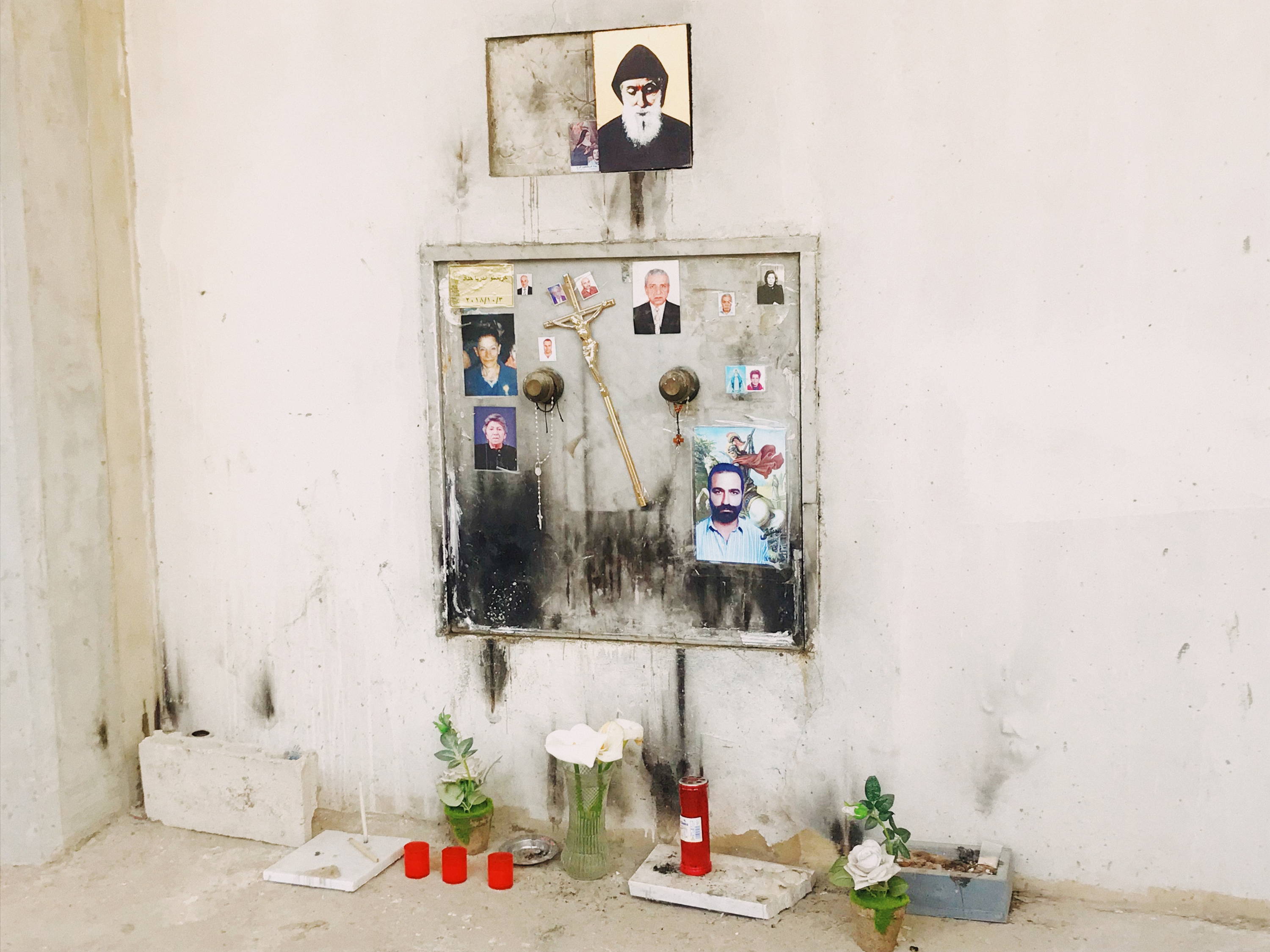 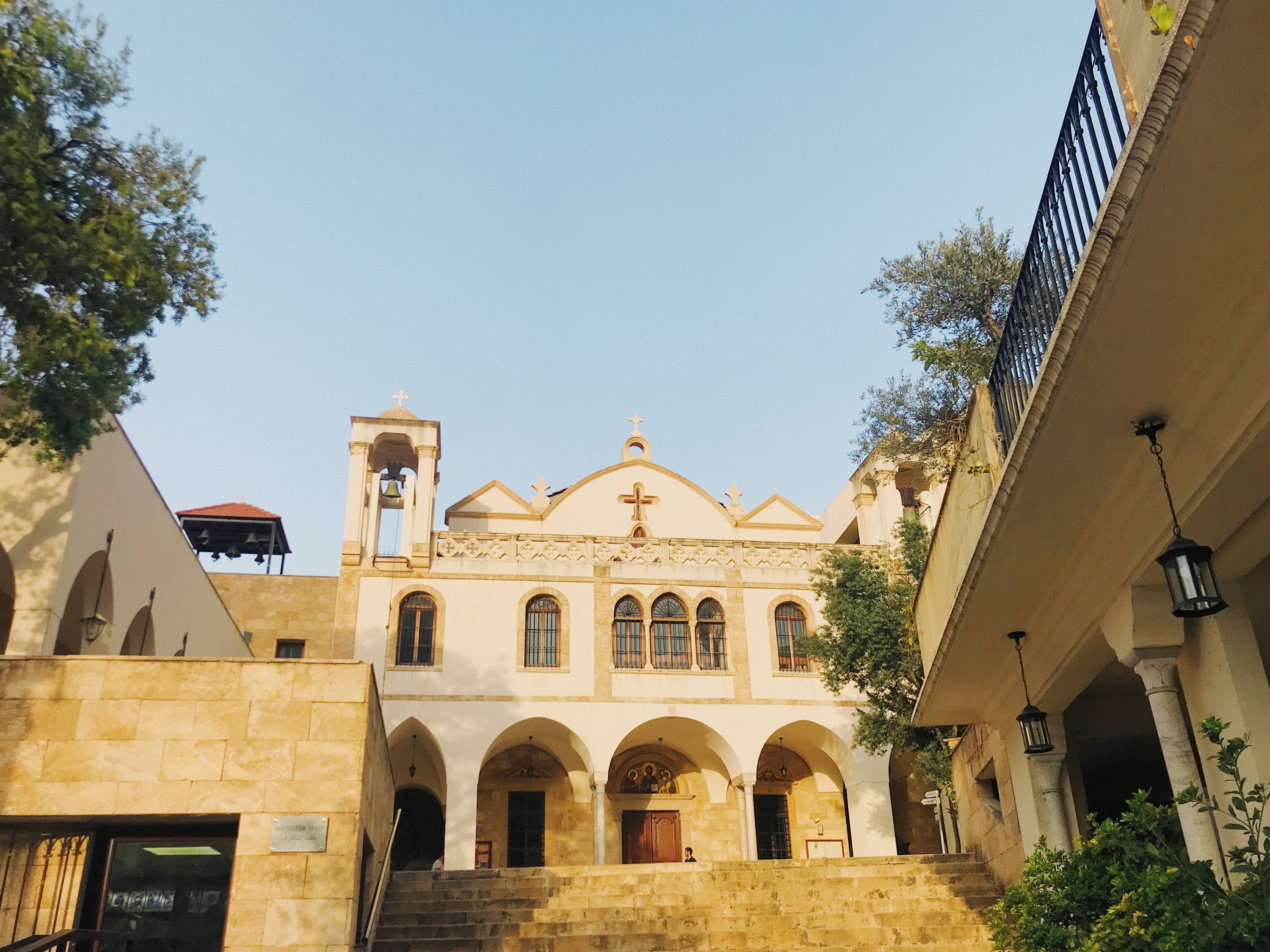 On a sun-soaked afternoon spent meandering through the historic district of Achrafieh, from Sassin Square to the Sursock Museum and down the Escalier de l'Art, it would be imprudent to ignore the towering marble statues peeking out from within the walls of the St. Demetrius Greek Orthodox Cemetery in nearby Mar Mitr. Built in the early 19th century on one of the highest points of Achrafieh hill, its very site is a jewel of design containing a vast collection of large 19th century ornamental tombs, mausoleums and sarcophagi of Arabo-Islamic, Russian, European and Greek influences. Home to many prominent historical figures from Beirut’s bourgeois high-society such as the renowned Sursock family, the maze-like construction of the cemetery leads underneath and behind the Antiochian St. Demetrius (Mar Mitr) Greek Orthodox Church — a prolific architectural feat of combined Greek, Anatolian, Islamic and Ottoman styles.

A short walk into the winding depths of the marble-tiled encompassment and so begins the nightly mass with the Orthodox call to prayer, sung in Arabic and belting in harmonic ease between the tombs and out to the home-bound passersby on the nearby Alfred Naccache motorway. The religious song beckons welcomingly to an aimless, wandering mind, asking of one not solely to submit to a found or unfound faith, but perhaps for a gentle submission to one’s own thoughts; to question the relativity of all things, the mortal compass leading one’s life, and the notion of spirituality as a concept to be pondered, accepted and even protested — but to be pondered nonetheless.

A flood of worshippers rush off the streets to take their places inside the resplendent church, prayer beads dangling loosely from worn hands, feet heavy from the harrowing hours of the working day, children clinging desperately to billowing sleeves of hurried mothers. Heading in the opposite direction of ceremony-goers, one is led through a maze of name-flanked stones, resting places with all the typical dedicative adornments — bouquets of carnations, the ethereal berry glow of funeral candles, and the faint scent of incense creeping through the window cracks as it wafts from the Byzantine Greek censer swung to-and-fro by a poised priest on the other side of the wall. Down through this labyrinth for the deceased, a narrow landing is found. Perching atop this tiny square bench — a quiet place above ground and below sky — a new scene is discovered. The brown, eroding walls of the surrounding apartment buildings sit peacefully drenched with sunlight, while the sound of heavy traffic fills the air — the unsteady beat of car horns relentlessly conversing. A notable juxtaposition from down below, where the final cyclic stage of life is represented as a palpable destination, reflected in marble and carved from transience into slate-gray stone. KD