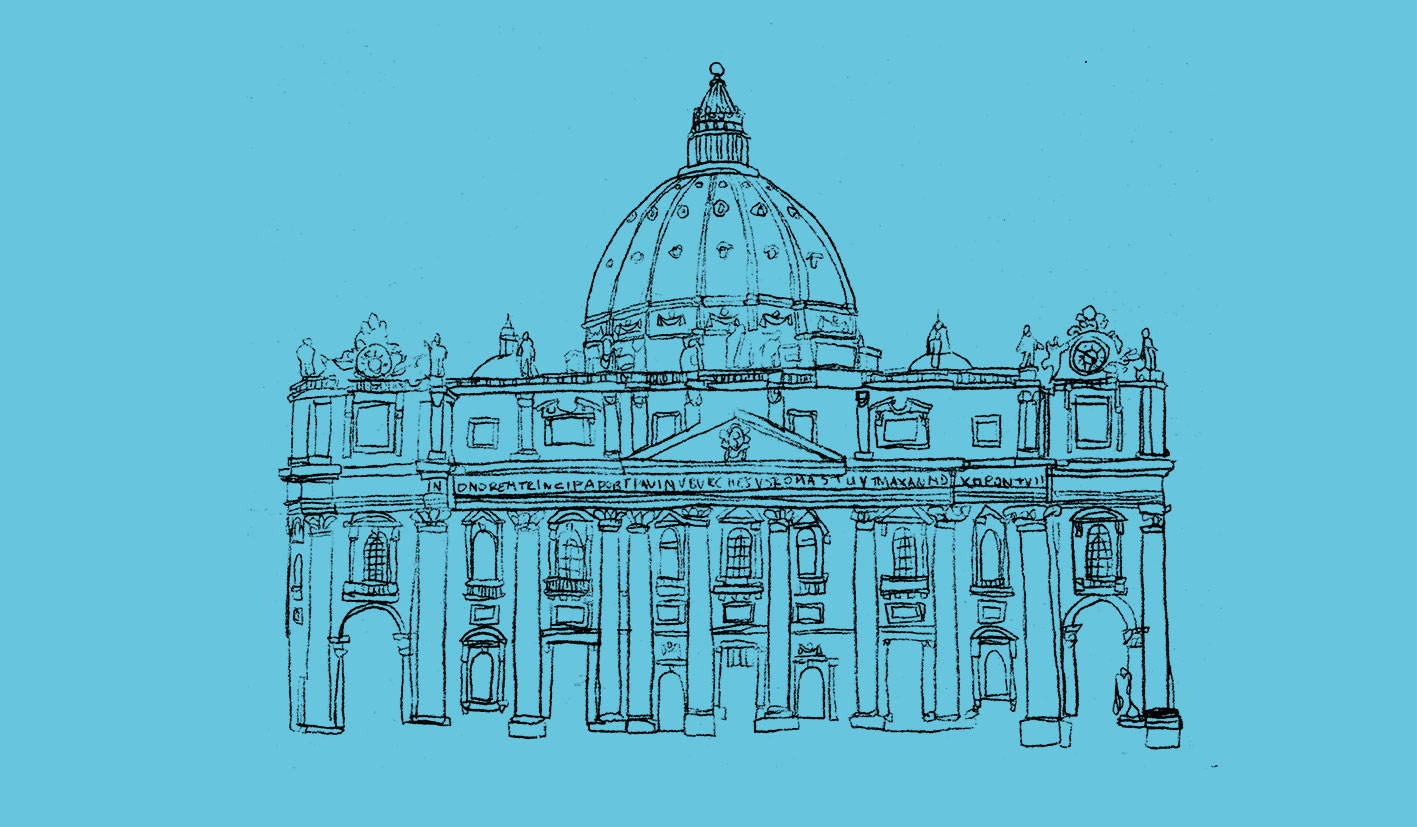 Even for non-believers, the sheer scale of the world’s largest church is unfathomable and awe-inspiring. Inside, a fluid mass of Filipino nuns glides from one icon to the next, in stark contrast to a group of leggy Russian women in furs parading obliviously toward Bernini’s Baldacchino, their oversized smartphones lighting their path. Outside, a squat teacher in khaki fatigues lectures a school group on the surrounding marble hills quarried for construction. As a busload of Chinese tourists enter the scene, they bypass the endless rows of confessionals for a better vantage point from which to photograph a contemporary installation about the birth of Christ, its flickering lights brashly competing for attention with the more steadfast classical details surrounding. Meanwhile, the Vatican guards stationed before the basilica’s gates tiredly endure a gaggle of American teens snapping self-portraits in poses in inappropriate poses. PK