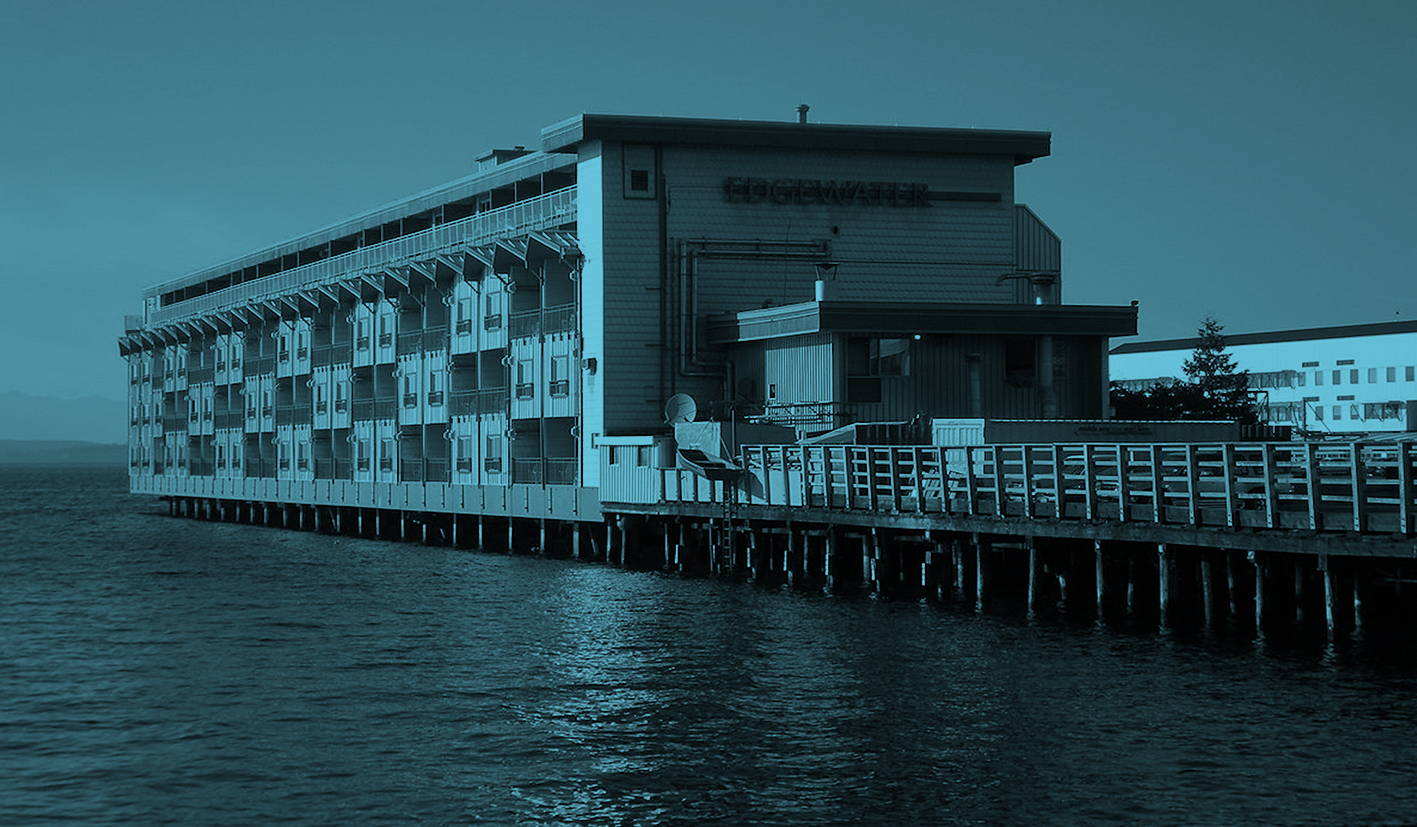 Home to tech giants Amazon and Microsoft, the seaport city of Seattle has brought its own unique flavor to the nature-enthusiasm and self-actualization impulse of 1960s West Coast counterculture. The luxuriously calm Edgewater hotel is a classic hospitality experience sporadically spiked with this spirit. Occupying a pier that juts out into Elliott Bay, it has a floaty alembic, a certain playfulness, and breathtaking views; from one of the many balconies, seagulls swoop to the sound of the waves, and the Cascade Mountains ascend in the distance.

"Their natural tranquility is peppered with nods to Seattle’s whimsy: a rubber duck on the desk, a teddy bear on the bed, and a bear-shaped Ottoman."

Originally built as temporary housing for the 1962 World’s Fair, Edgewater has now been renovated to resemble a Pacific Northwest fishing lodge. In the lobby lounge, whole tree trunks, their branches attached by metal hinges, take the place of supporting columns, creating a Dada-esque flora-cyborg forest. The rooms, most of which boast stunning waterfront views, reinforce the high-tech rustic luxury program, with stone floors in the bathroom and remote-controlled fireplaces. Their natural tranquility is peppered with nods to Seattle’s whimsy: a rubber duck on the desk, a teddy bear on the bed, and a bear-shaped Ottoman.

The high point of the hotel is undoubtedly its restaurant, Six Seven. Natural light from the panoramic, floor-to-ceiling windows floods the dining room, and as the sun sets over Elliott Bay, illuminated menus alight here and there, a technical trick that would seem like a cheap gimmick did it not serve the practical purpose of making the menu legible in the darkening room. The food is excellent, although not uniformly so. Six Seven is at its best when it relies on the superb quality of its ingredients: the supplest raw scallops made intoxicating and profound with truffle honey, the smoothest salmon seasoned and seared to perfection.

The next morning, a strapping hospitality manager offers us a tour of the hotel and its event spaces; he repeatedly describes the hotel, built in 1962, as “very old.” West Coast establishments are often unsentimental when it comes to preserving the past, and the hotel has undergone numerous renovations, most recently the signature restaurant. In fact the pier undergirding the entire building is being slowly replaced as the original wood is swapped out for more durable metal. As if merely docked in Seattle (so close to the water it sits), the Edgewater seems to be undergoing its own slow self-actualization: a vessel of Pacific Northwest calm, forever on its maiden voyage. JB 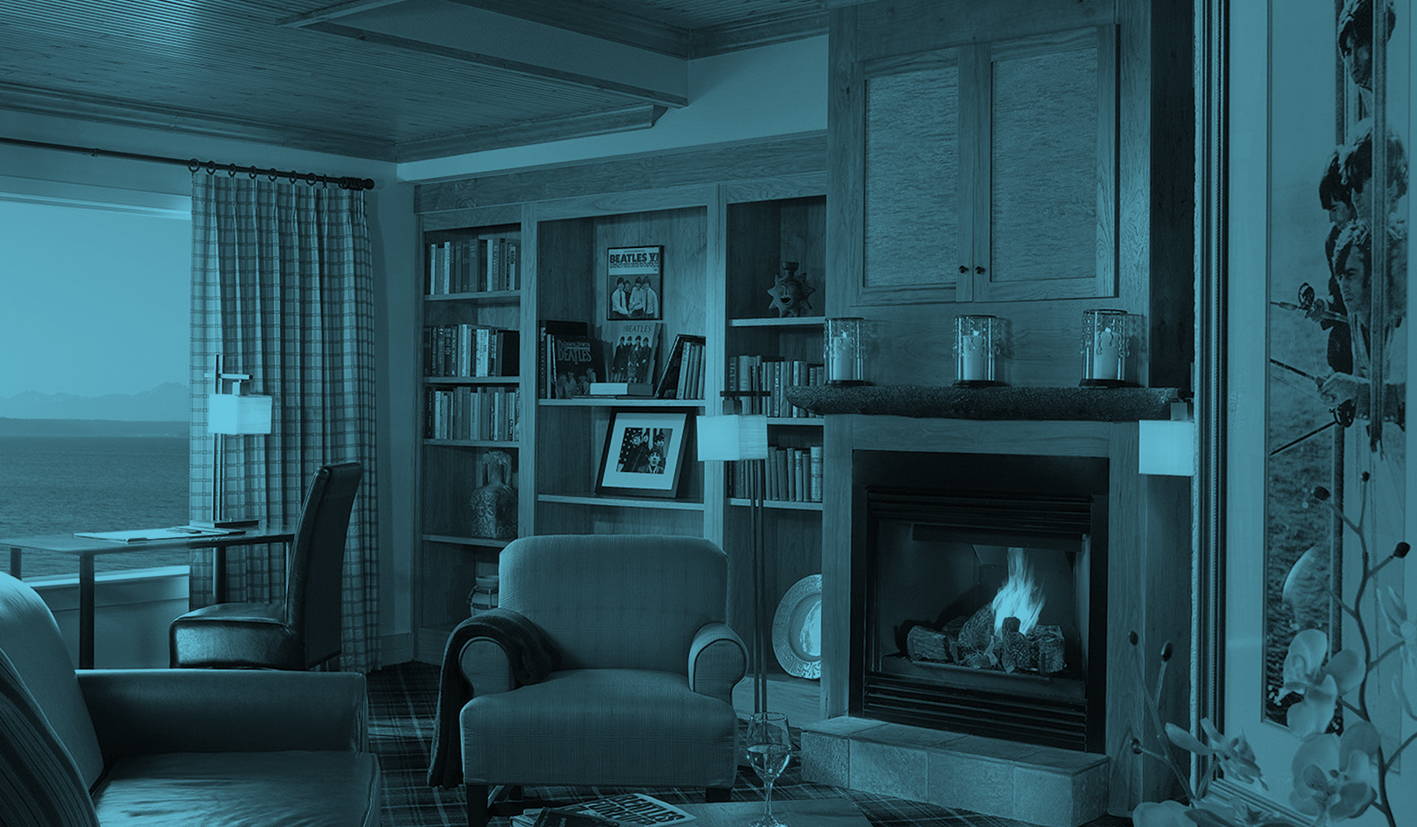 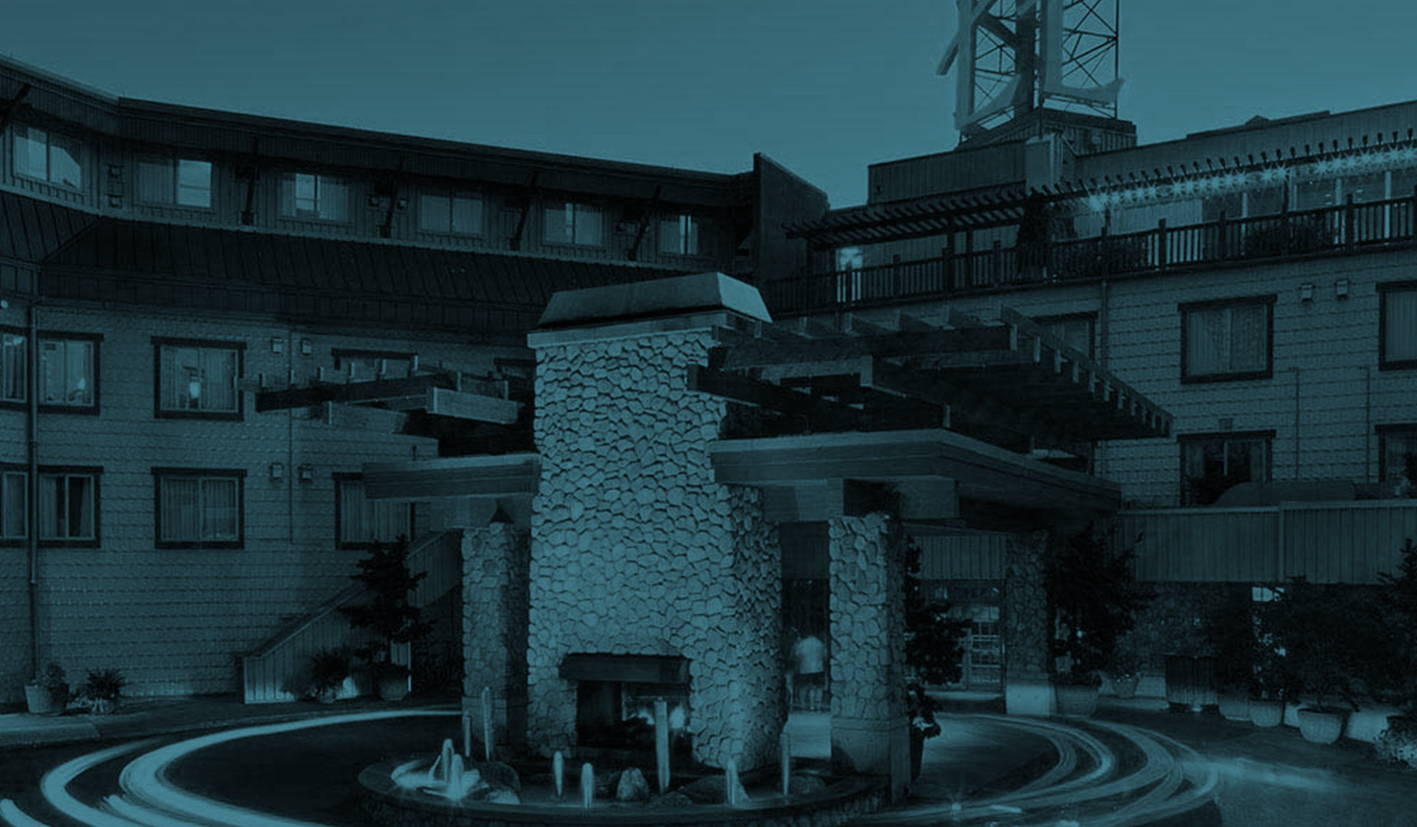 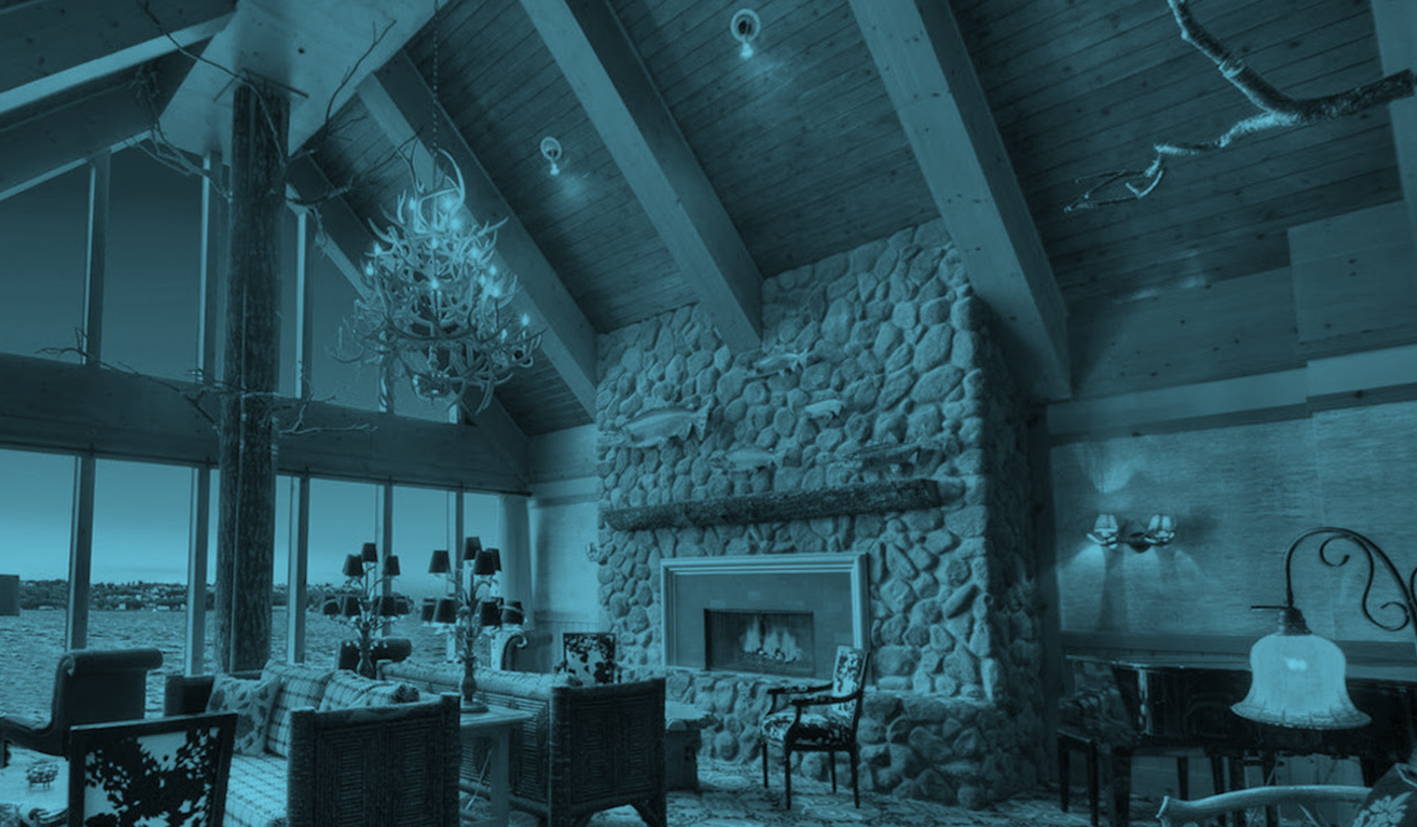 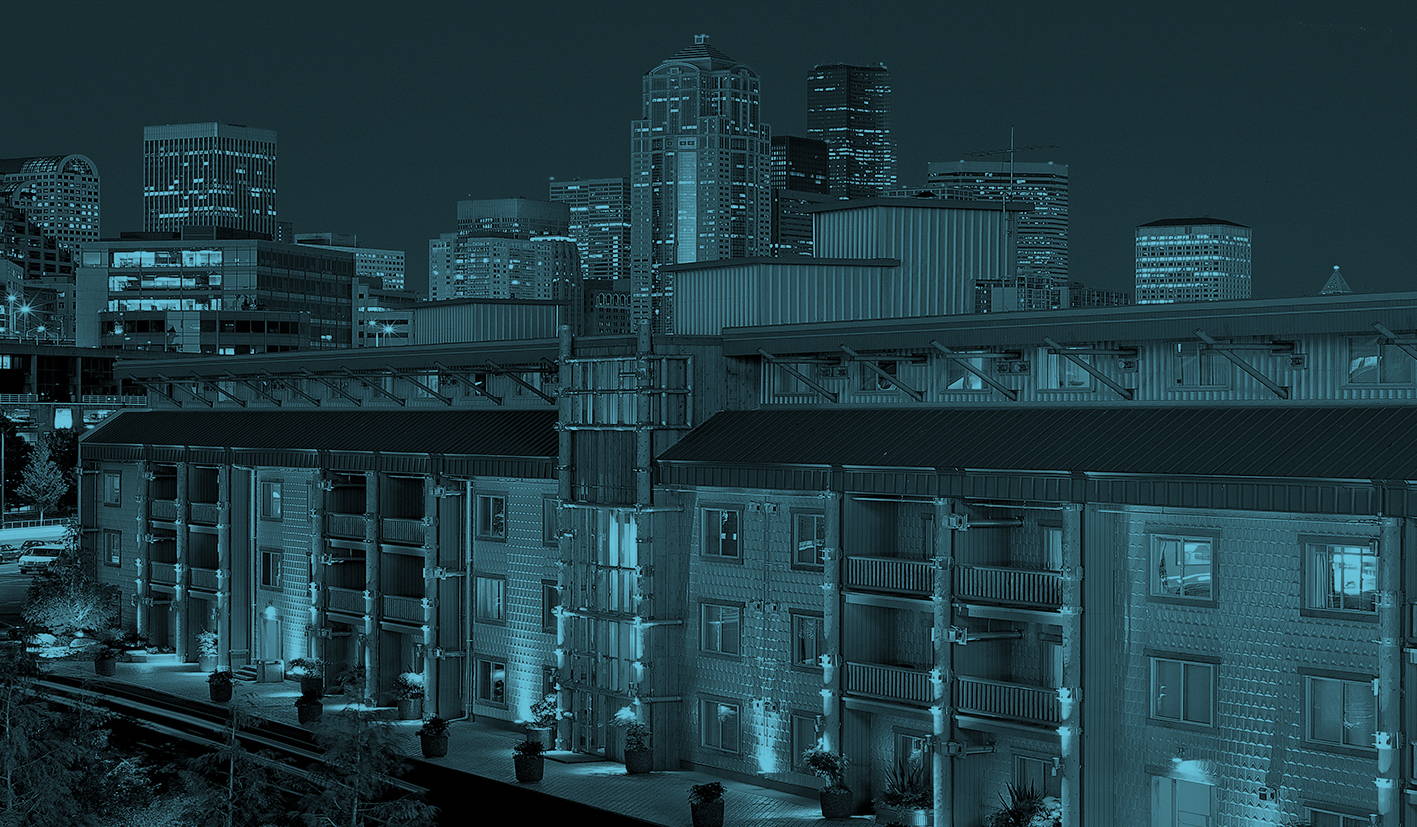