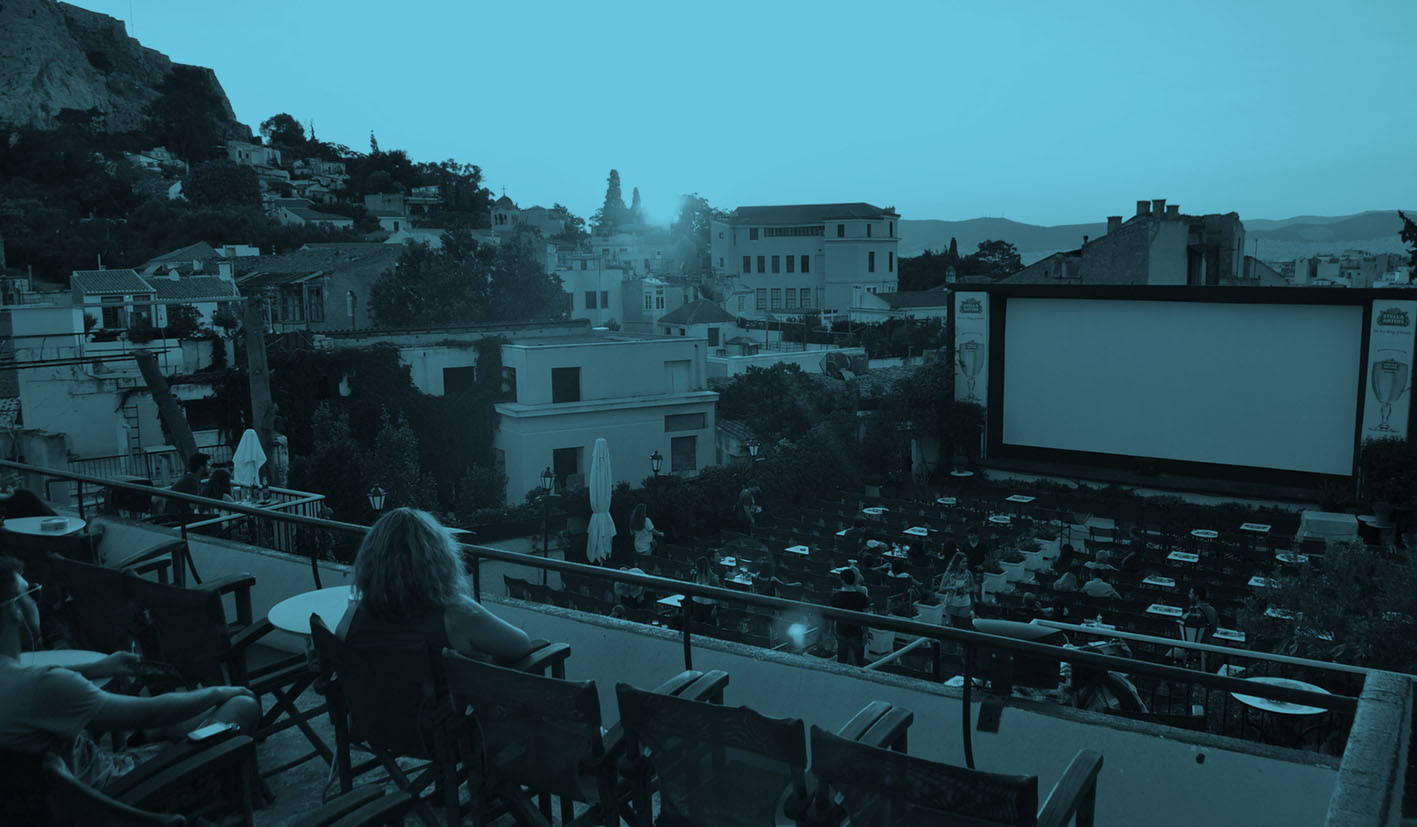 Note: Oudtoor screenings throughout the summer only

Vox is situated on a rooftop directly over the central square of Exarcheia, the neighborhood famous for its student uprisings and the anarchists, socialists and antifascists whose confrontations with the authorities are an ongoing part of Athens’ modern history. On any Friday night the presence of armed riot police on the streets heightens the sense of potential violence, a vicious cycle which will continue as long as Greece remains in its current situation. Against the background noise of laughter, breaking glass and the occasional police siren, an image of a 20x life-size Harry Dean Stanton walking through the desert in South Texas appears as if from a dream—Robby Müller’s cinematography is an example of why films are made for theatres in the first place, a psychedelic panorama of American emptiness and decay projected in full glory on a 50-foot screen. Here in Greece, cinemas still usually include an intermission, which completely changes the movie-going experience. The chance to stand up and talk refreshes your appetite to start watching again—except sometimes, when for whatever reason it can kill the film’s rhythm. In the second half of Paris, Texas during the peepshow scene between Travis and Jane, the audience’s discomfort in their plastic chairs becomes more tangible as the dialogue draws on; when the film ends, one man has to be woken by his wife. A girl sitting nearby grabs her coat and says flatly, “Thank god, I need a drink.” JD