A conversation with King Princess 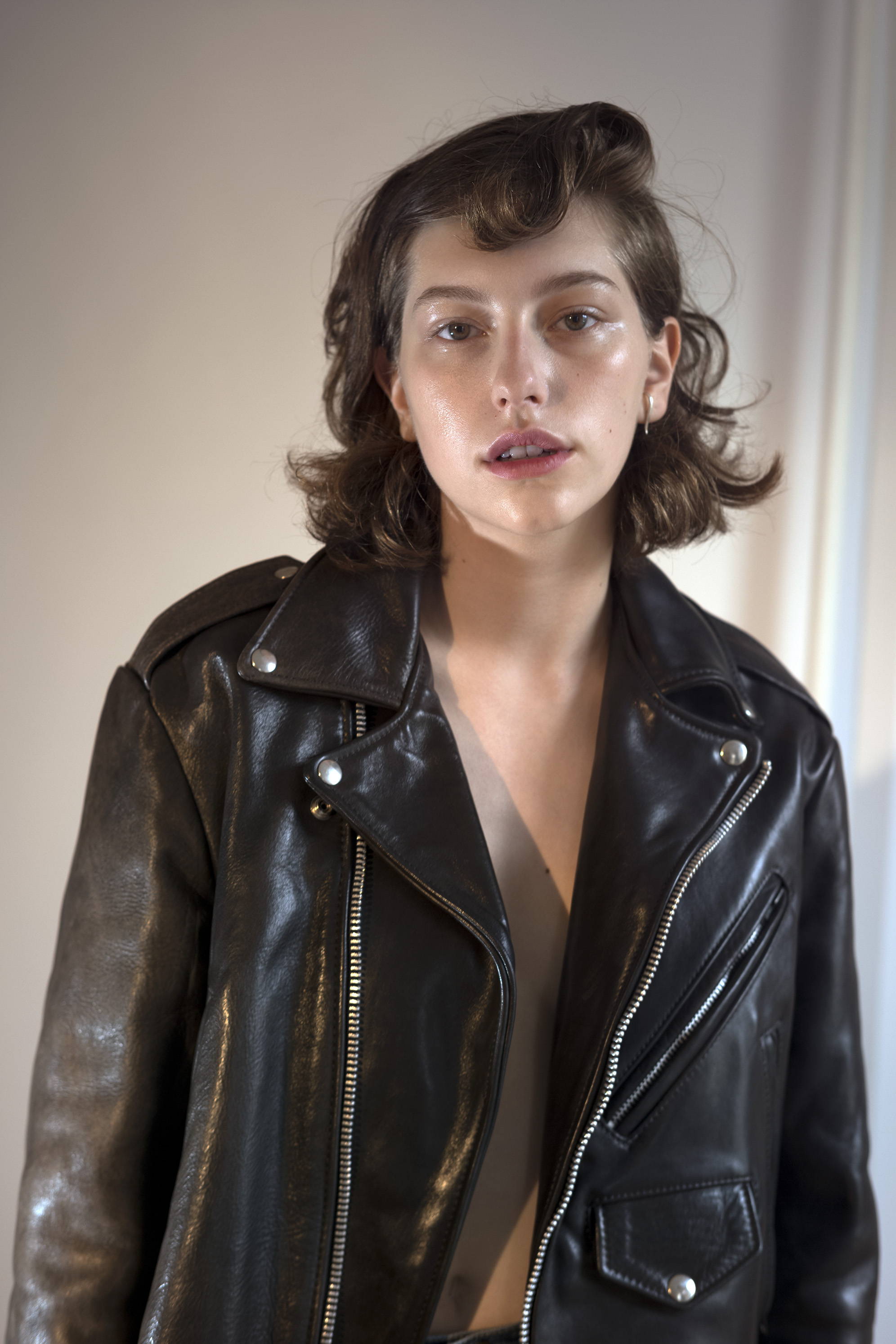 Mikaela Straus aka King Princess, a born and raised New Yorker, is still legally a minor, but already signed to Mark Ronson’s Zelig Records. One price of admission into celebrity, naturally, is one’s privacy. Even more niche celesbians than Straus have a devoted following, adoring and praising their fave online. They index King Princess’s tour dates, documentation and new singles, but also personal aspects of her life as part of a new generation of openly queer women in the process of being canonized. In the video for her wistful breakout single “1950”, Straus sports a drawn on moustache, smokes cigarettes (not a Juul in sight), slow dances with a cute blonde and brilliantly analogizes closetedness and aloofness. It counts over 5 million views on YouTube. For gay and trans people in particular, privacy is a two-edged sword: while it helps evade cishet hostility, invisibility also begets loneliness. On this note, bless the inter- net, dating apps and Hollywood Babylon. Hiding out doesn’t actually grant privacy, anyway. Remember when George Michael had to do 80 hours of community service because an undercover cop followed him into a restroom? 20 years later, cruising has evolved, but heteronormativity persists. We spoke to the talented Straus about fame, traveling, Drag Race, digital life, and spending her birthday with Lady Gaga.

That there is so little of it. The internet enables us to share facets of ourselves we weren’t sharing before, which is especially interesting to someone who is young and new to the entertainment industry, like me. I have all these followers and shit and it’s very bizarre. It’s really strange to have hundreds of people commenting on my shit.

I don't, but honestly, I probably should.

It’s really important to me, especially with my friends. I want my friends to be a part of my world, but I also want our friendships to feel really intimate. I worry about that more and more as my following grows. I don’t want the people close to me feel like I don’t belong to them, because I belong more to the world. I’m not trying to play that game.
The term has complex connotations for gay people. The idea that we shouldn’t “flaunt it” and the concept of the closet really speak for themselves.

Your song “1950” speaks to the way queerness has historically been presented in coded ways or just erased from narratives entirely. Can you elaborate on that?

It’s a metaphor drawing a parallel between what it’s like to date someone who’s giving you the cold shoul- der and imagery from the 1950s of gay people actually hiding themselves in public settings. How ironic it is when people hide themselves now, when the concept is so old to us. It still happens constantly: hav- ing to conform in a public setting and queer love being private. Talk about privacy! Queer love was only allowed to exist within the private sphere for so long.

Even though old Hollywood was so gay! Do you have a favorite old gay movie?

Dude, there’s a German movie that’s oooold school that I love. It’s called Mädchen in Uniform and it’s from the 30s, black and white. That was some crazy shit. Some German ass school children, all these German girls, are like: “My teacher’s hot!” And the protagonist falls in love with her teacher. That’s a cool one. I mean, it’s kind of a fucked up movie, but it’s also sick that it was made that early. I watch a lot of old gay movies. 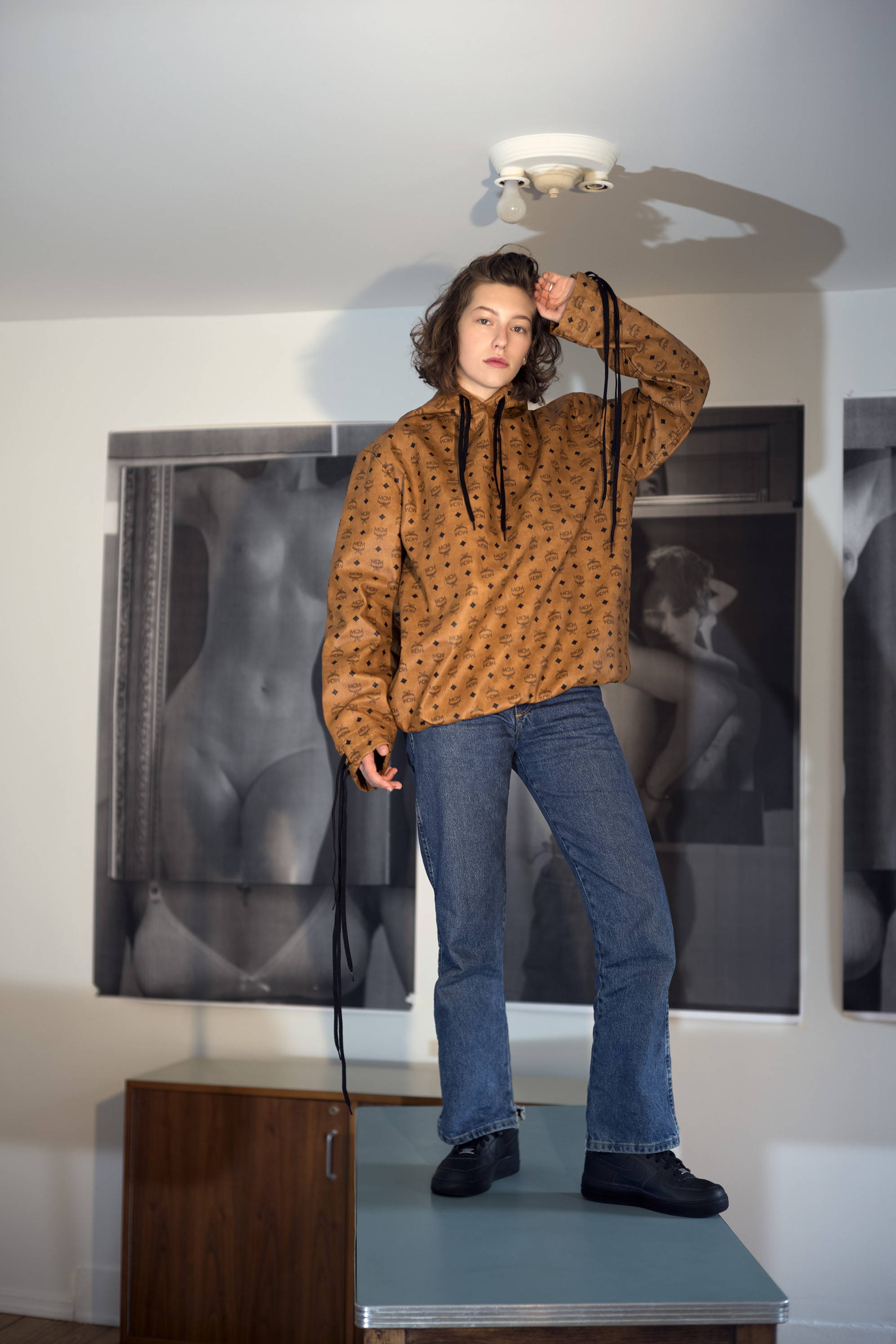 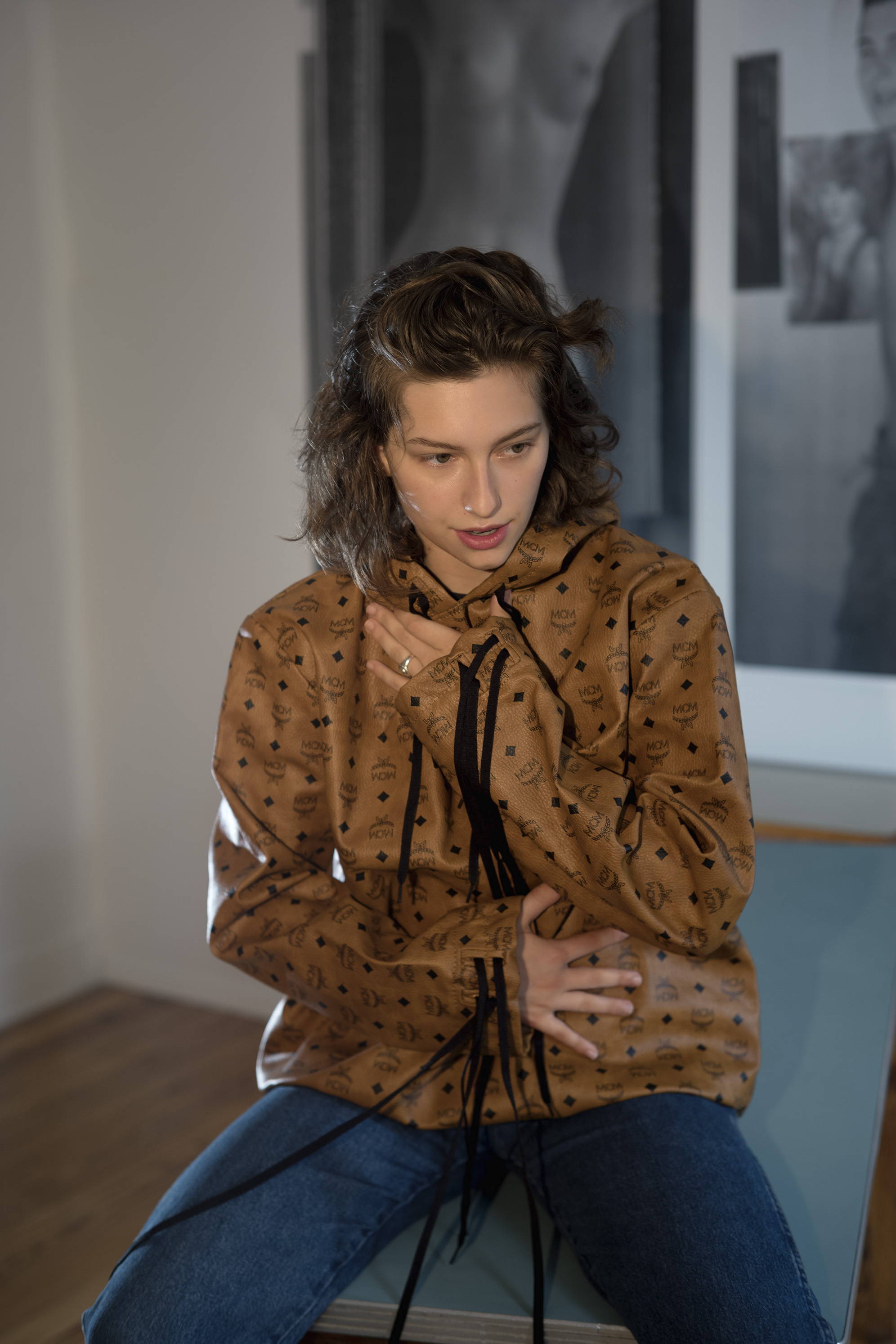 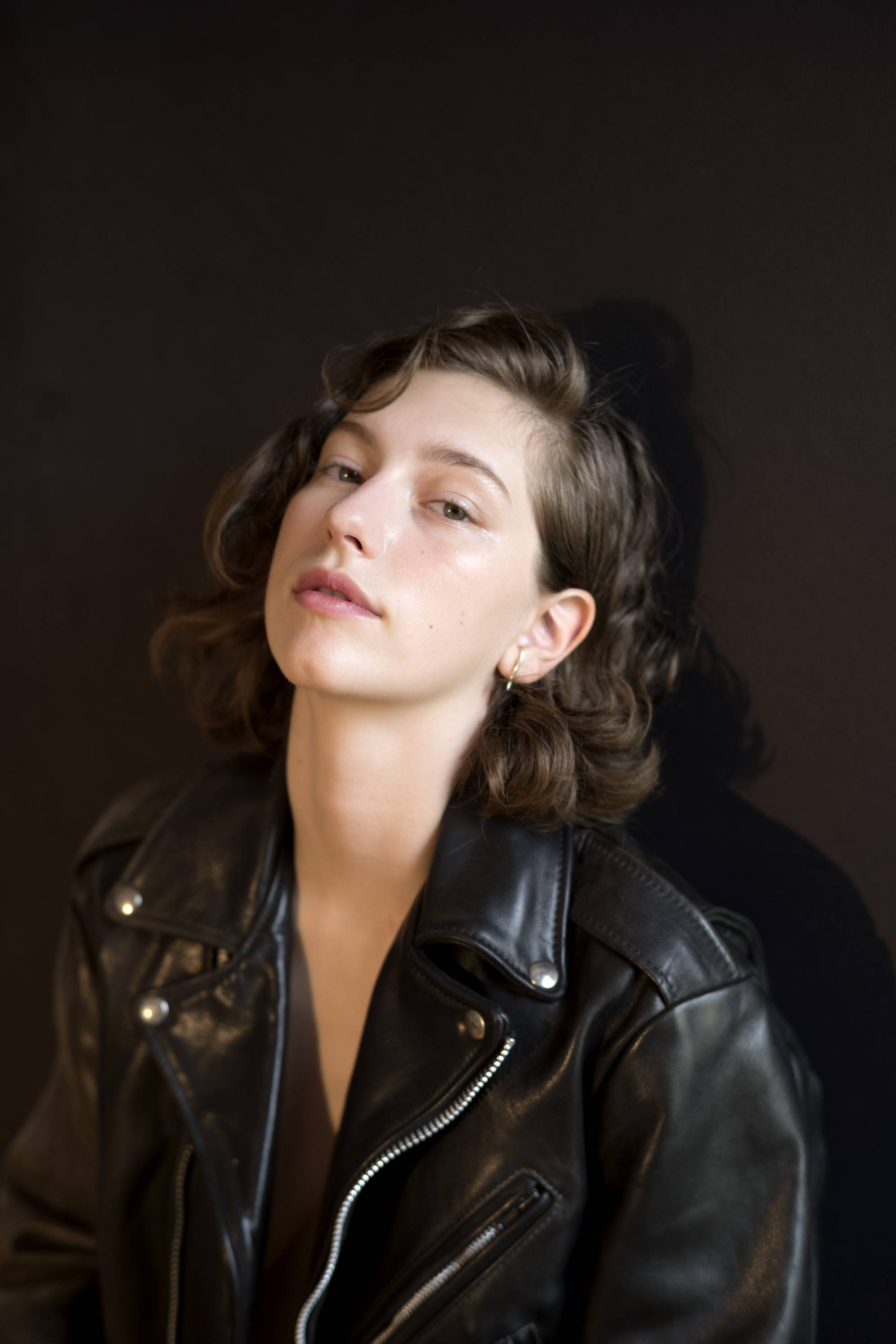 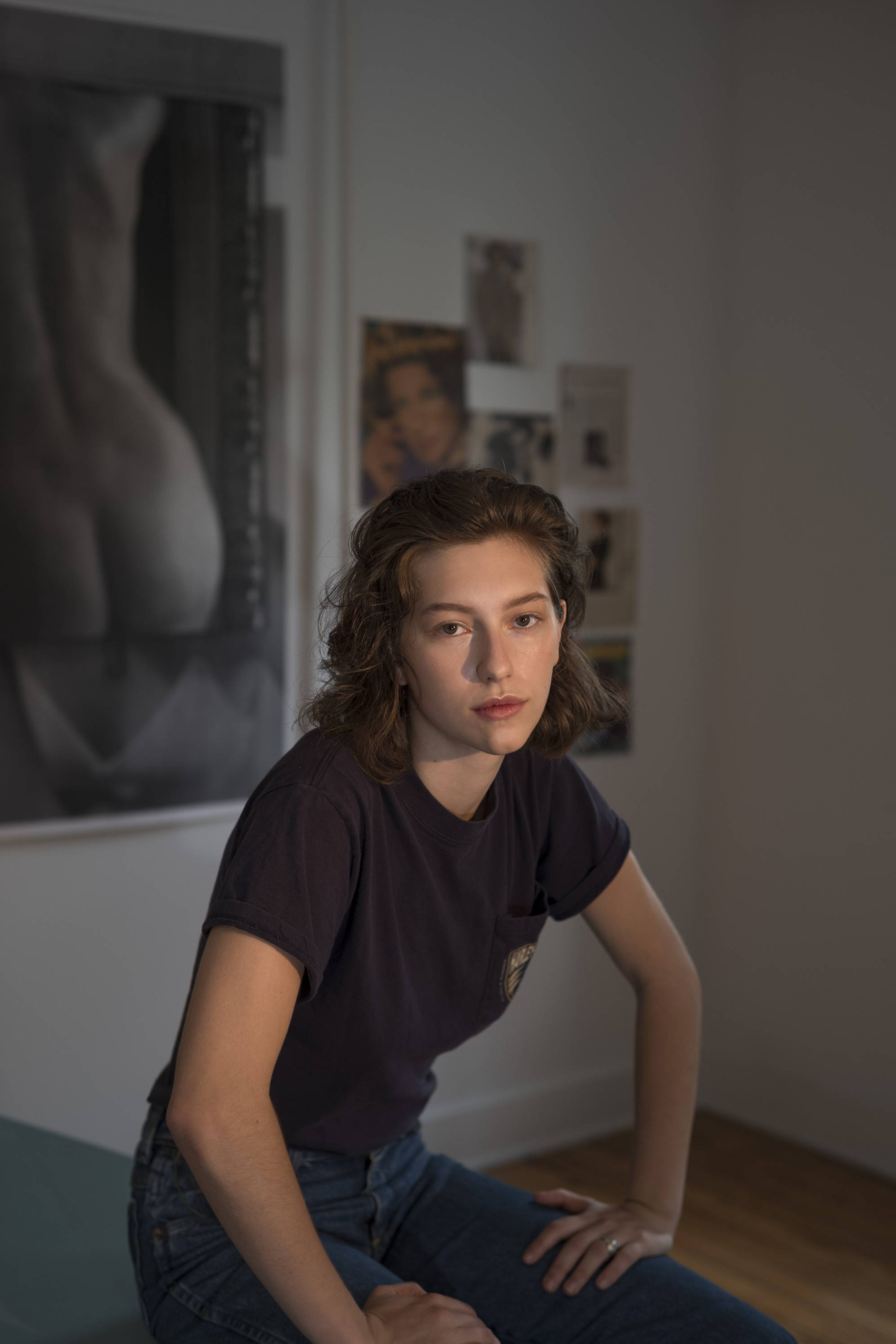 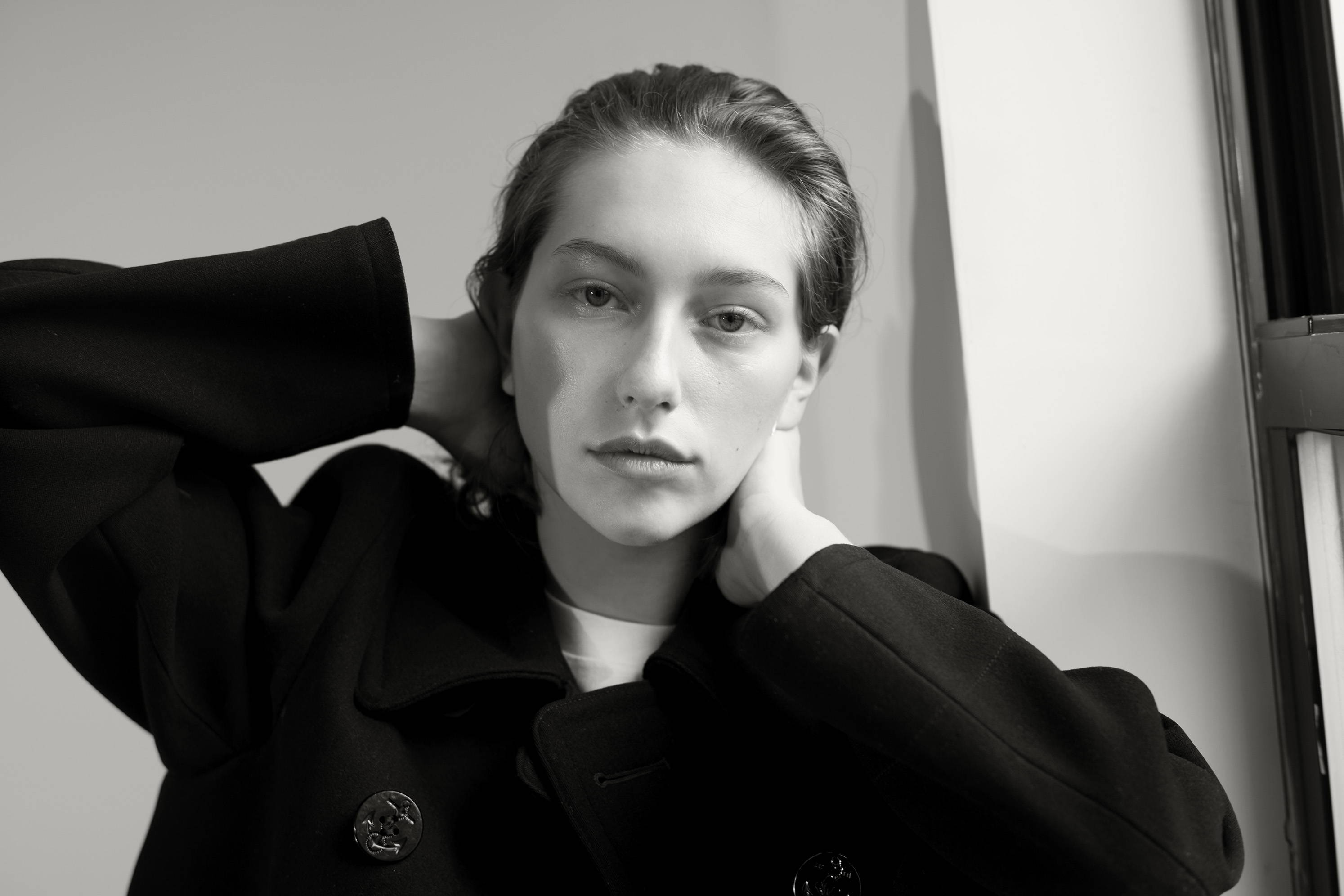 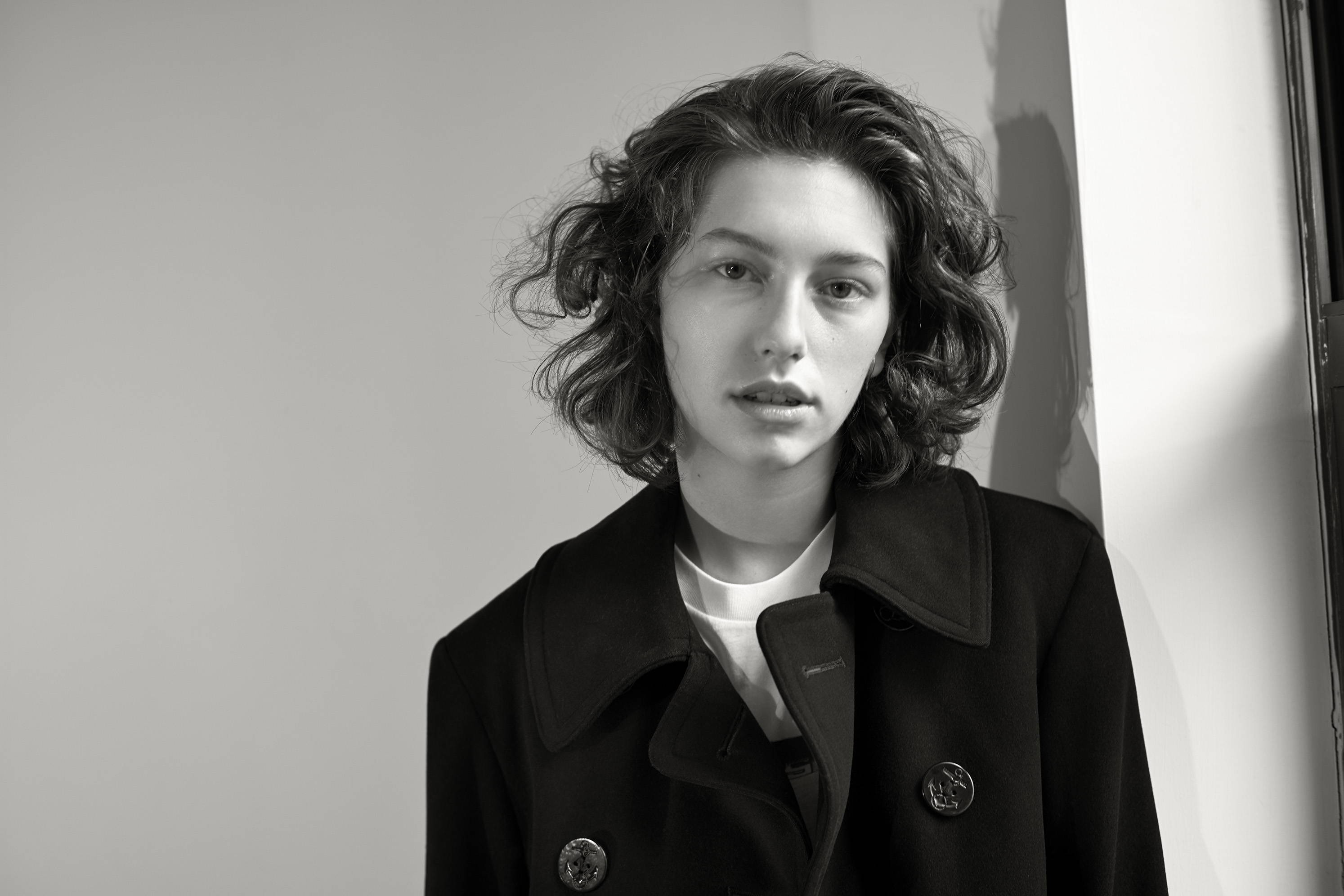 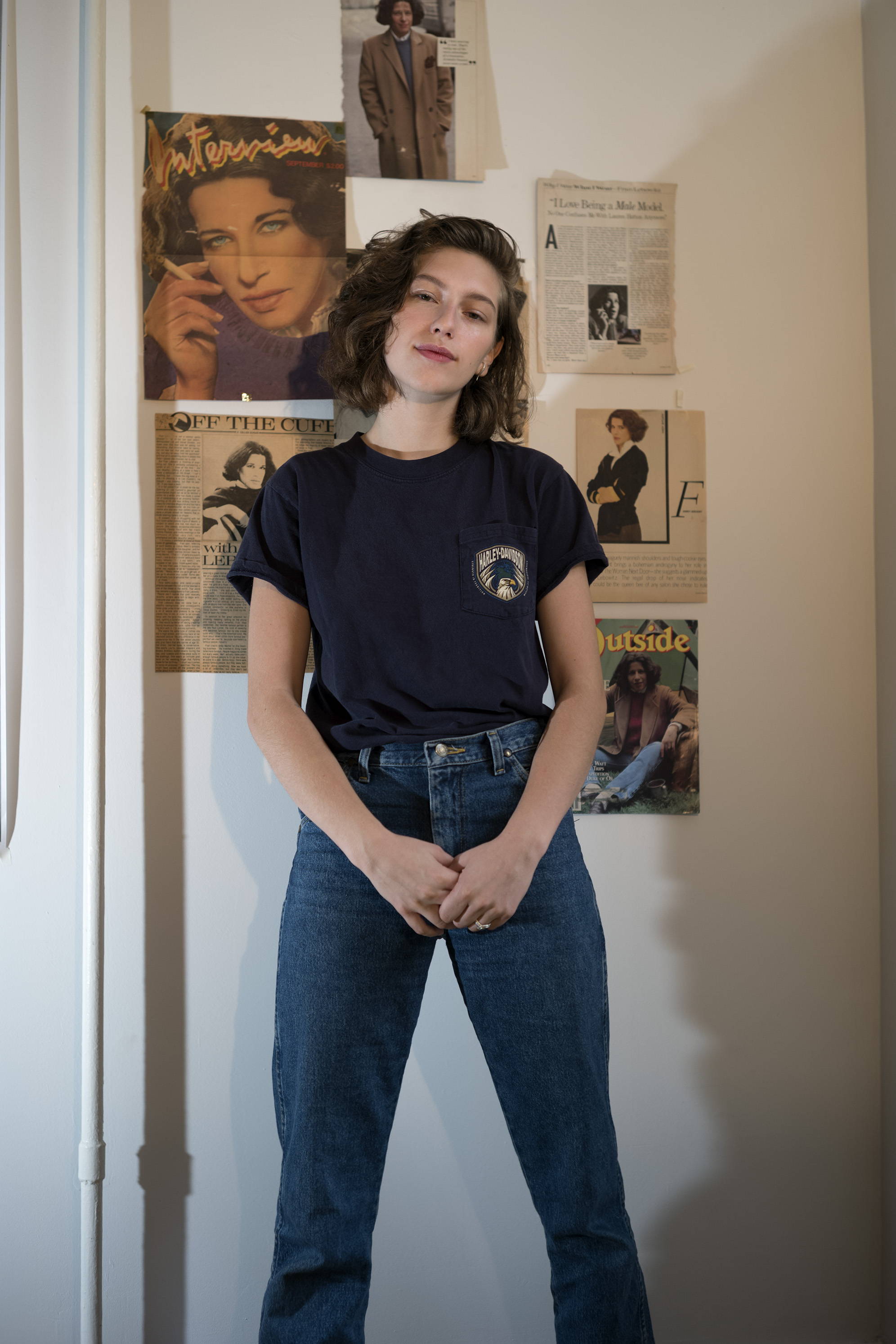 I’m really into all the coded gay movies, too, that succeeded in flying under the censors’s radar. Needless to say that in itself is fucked up, but it made for very elegant search images.

It’s what you make of it, really. We have a choice how we consume art now and a lot of times, we see things after having read people’s critiques of them and are like, “that’s cancelled!” It’s like, no! Go see the fucking movie and make a choice. Don’t just read it somewhere! I like to be fair.

And maintain a sense of humour, too!

Oh my God, the sense of humor, girl. Where did she go? I miss her.

Let’s talk about funny people then. I know you love RuPaul’s Drag Race. Who is your favorite queen and how would you greet Ru if you got a chance to be a guest judge on the show?

You can name a couple.

Well, I’ll start with Alyssa Edwards. She’s a messy girl and I love that. She’s an icon. I also really love Naomi Smalls, she’s so beautiful. I hope she’ll be on All Stars 4. And then Jinx Monsoon and Katya are my two favourite funny queens. As guests, I think some people overstep their boundaries. You’re still in Ru’s house, you know? I’d be selective of what I say. She’s a fucking icon. Have you ever seen RuPaul at the beginning of that movie To Wong Foo, thanks for Everything, Julie Newmar? It has Wesley Snipes in it, that guy from Dirty Dancing and John Leguizamo and they’re all in drag.

It’s on my list! Speaking of baby RuPaul and his journey, do you enjoy traveling?

I do! I’m definitely getting more used to traveling by myself. I can get on a plane and feel like I can be independent in another country. When I was younger, I used to go on trips out of the country for school—exchange programs and shit—and I loved it. Now that it’s my job, I feel a bit scared. I know how long I’ll be gone and that it will be a while before I get back. I miss home. I miss LA, but I’m excited to come to Europe. Coming to Germany is dope because I used to go every Summer with my family. My stepmom’s family is from there, so we visited them in the North. It was cold as fuck. 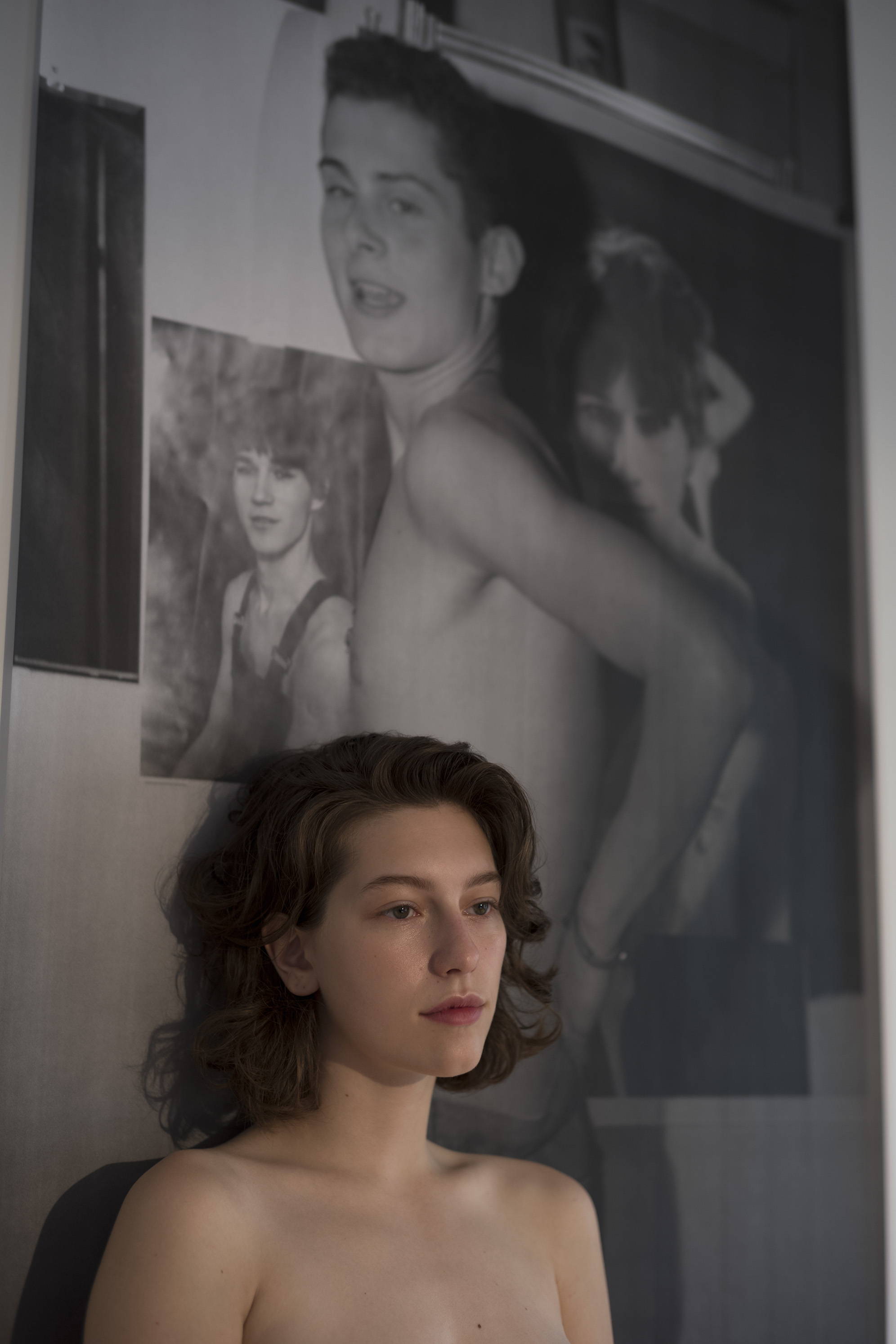 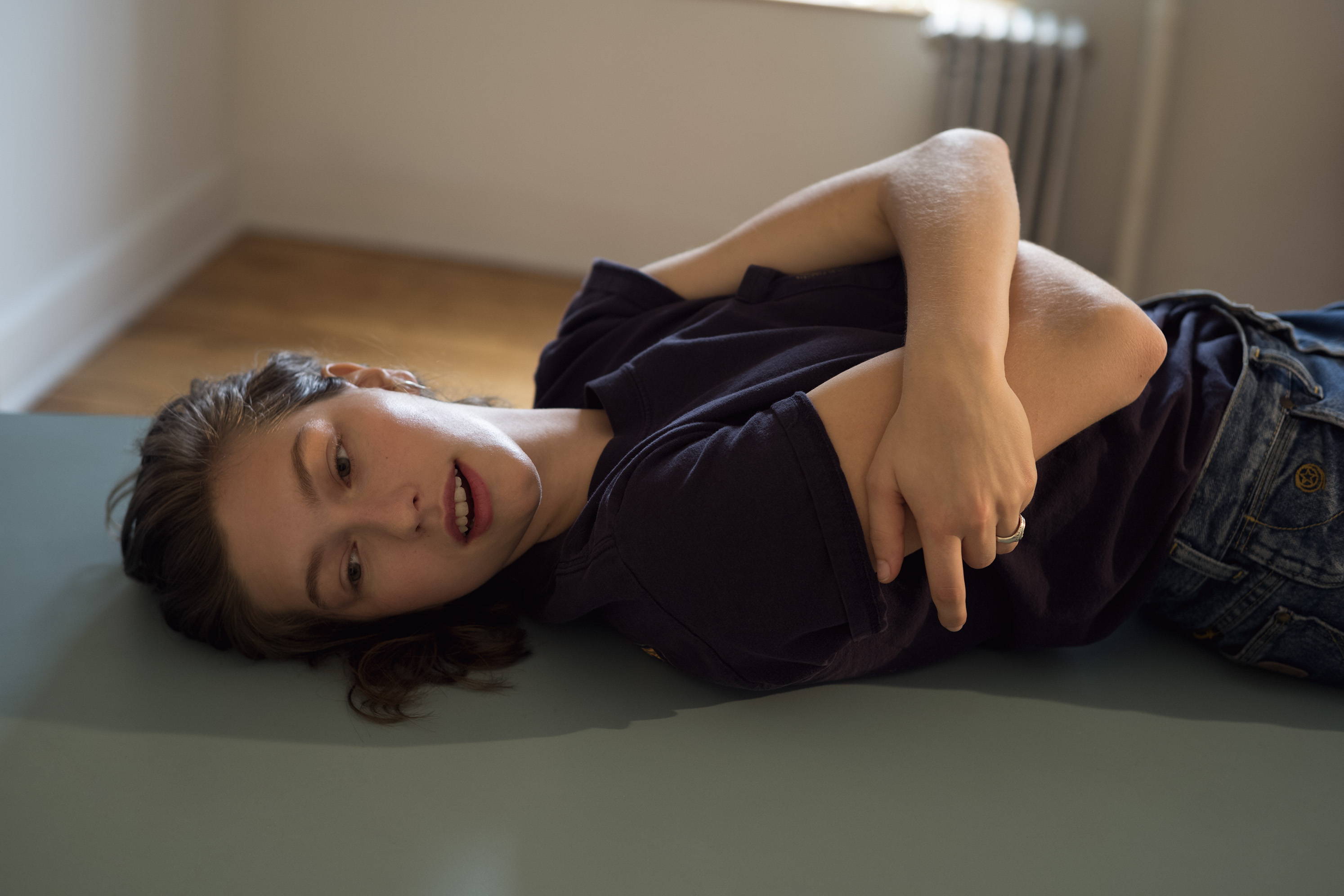 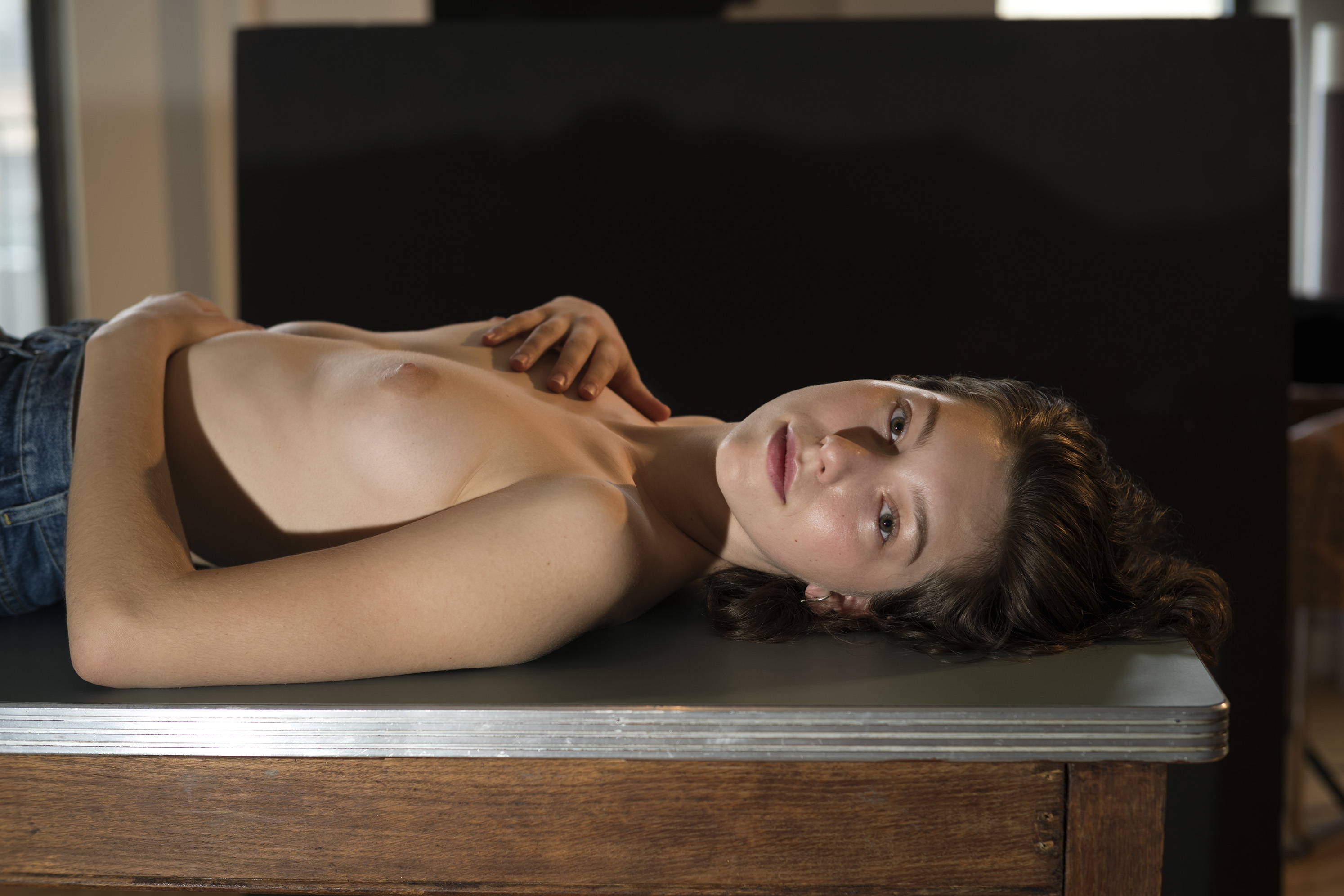 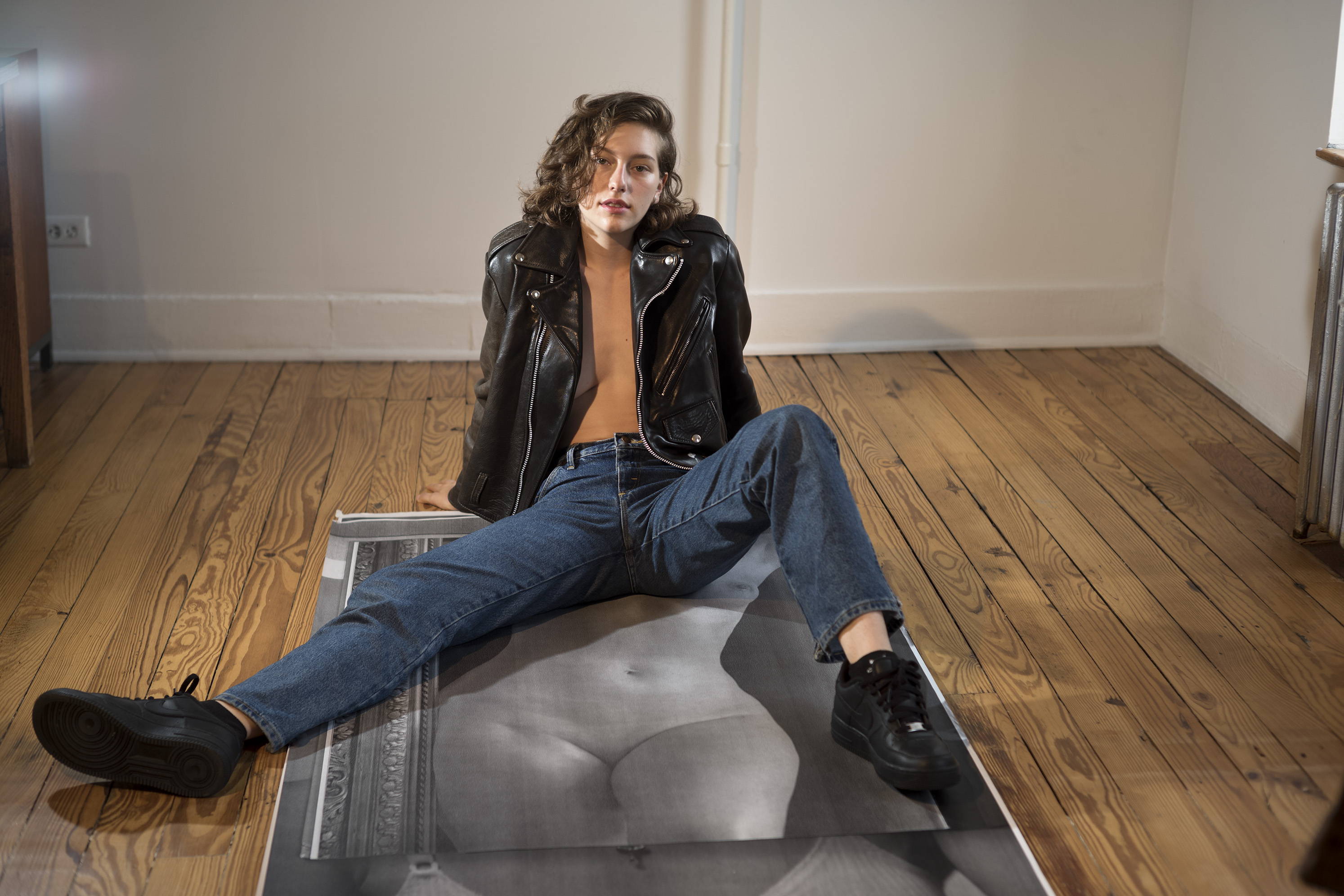 It gets cold. Like your hometown does. New York, as a city, is really dense and chances are that thin walls, neighbours and whatnot even restrict the privacy you enjoy at home. LA, where you live now, is very different: people spend a lot of time in private spaces and their cars. That’s somewhat isolating. What’s your experience?

New York is definitely more stimulating. But even though I feel like that’s the case, it’s also an incredibly independent city where you have to be your own person from such a young age to get places. You have to get on public transport, present yourself to the world, be yourself and stay safe. LA is so convenient. Like, you’re ubering and driving everywhere and so even though everything’s so spread apart, travel doesn’t feel the same. I also have more of a community in LA than I do in New York at this point. It’s funny, I’ve had so much more alone time, surrounded by people, in New York. But LA is definitely lonely when you don’t have a good base of people around you.

Music is obviously formative to most people’s sense of self, but I feel like there often is a specific performer who awakens a desire for a certain life in young gay people, be it Tracey Chapman or Frank Ocean. For me, that was George Michael. Who did it for you?

Well, I think this is a generational thing. I would say Lady Gaga probably did that for me. Just champion- ing the gays the way she does, I think there’s a space for that. Queer or straight or whatever performers, who are different and other in their own ways have the ability to be nice to queer kids. I’m so appreciative of that. Going to one of her concerts meant a lot. It was the sweetest thing I’d ever seen. It’s a gay free for all, just crying gays. I met her, and I cried.

How did you meet her?!

Well, Mark Ronson produced her last record, so he took me to a show on my birthday. I met her after- wards. I was so drunk and so shook but she was so kind to me and all I could say was: “I’m gay!”. So she hugged me. 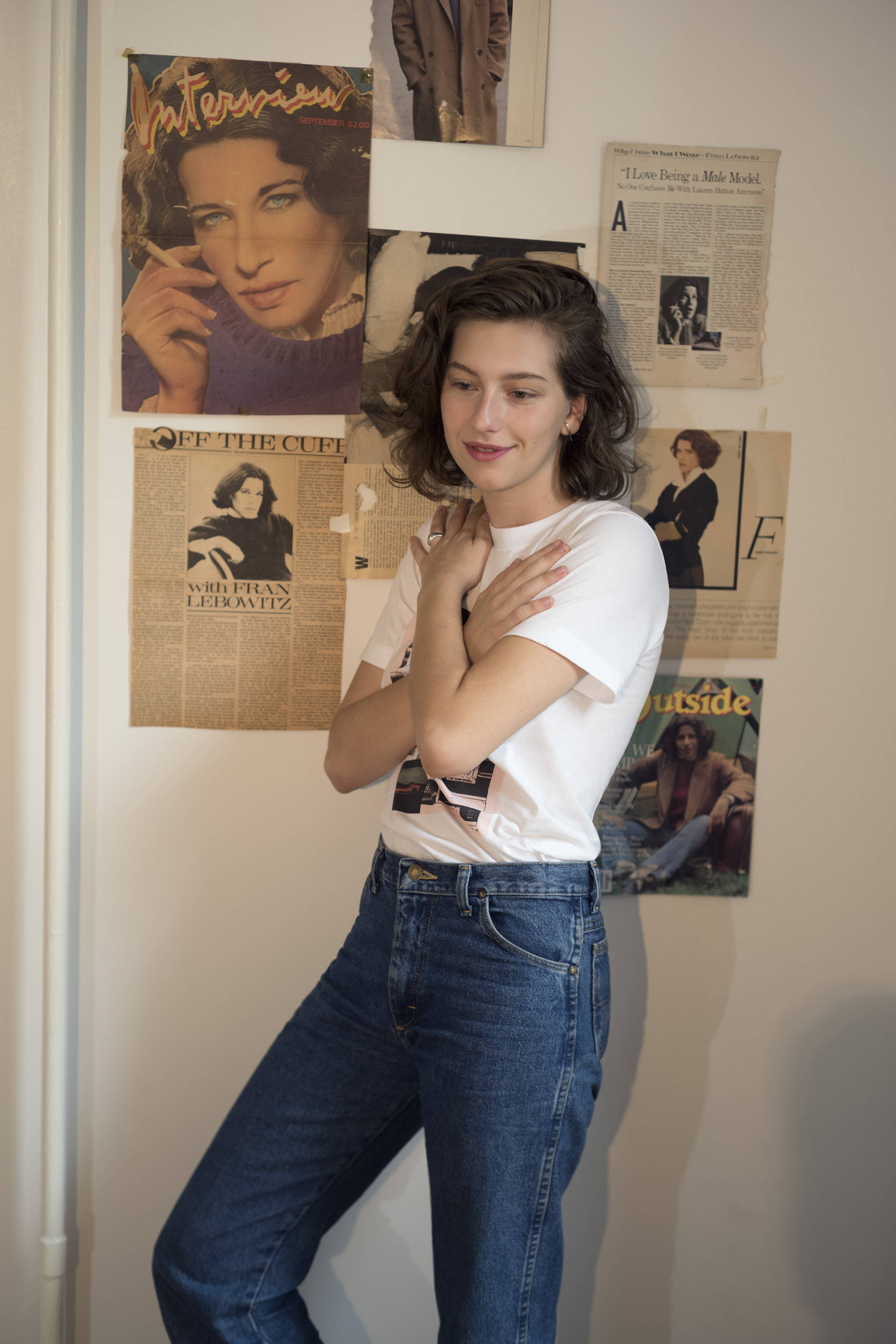 The conversation is included in TTA15. Click here for more information about the issue.